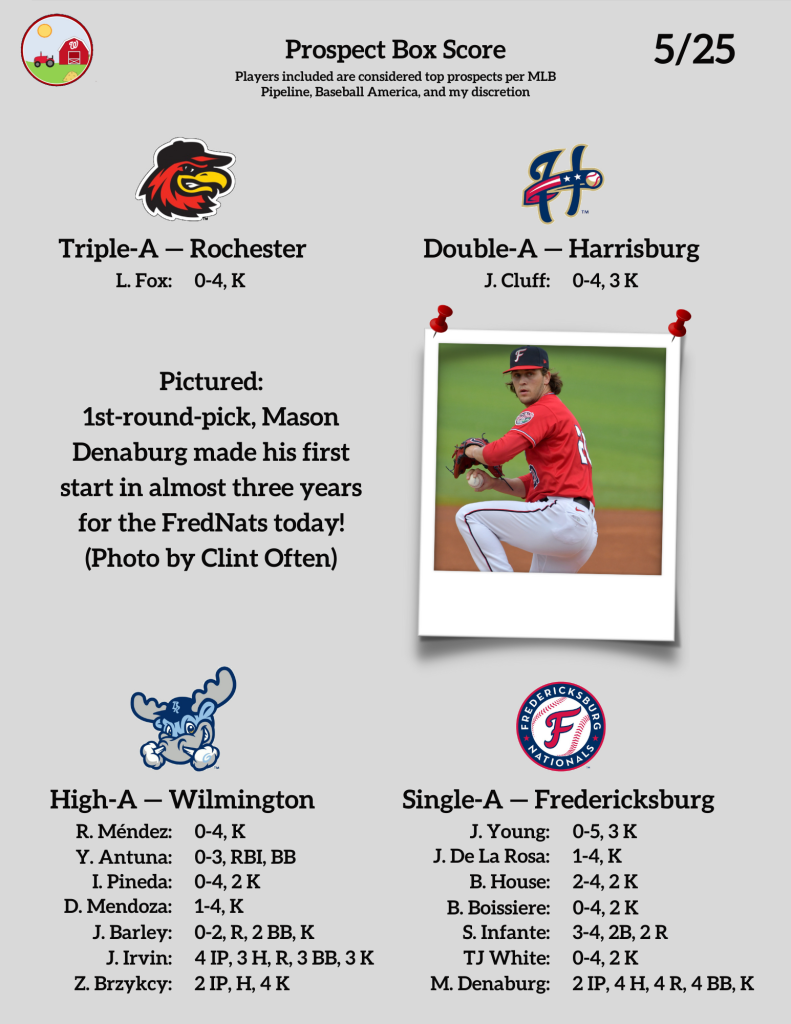 For the first time in almost three years, Mason Denaburg pitched on a professional mound. The former first rounder has had two major surgeries in the last three years and is finally healthy again. Congrats, Mason!

Denaburg started the game for Single-A, Jake Irvin was on the bump for High-A, Steven Fuentes for Double-A, and Cory Abbott for Triple-A.

The struggling FredNats continued their struggles despite a comeback from Mason Denaburg. He wasn’t great in his return, but it was great to see him healthy regardless.

The bullpen also struggled and that combination didn’t give the offense much of a chance.

Brady House and Sammy Infante were the only highlights on offense as they both tallied multiple hits.

Jake Irvin and the bullpen spun a gem on one side a pitcher’s duel.

It would go to the 10th inning tied at one run, until Jose Sanchez hit a sac fly in the top half and Tyler Yankosky shut it down in the bottom to earn a save.

The Sens dropped their fourth straight game and once again, there wasn’t much to write home about.

Wilson Garcia had three hits including a double – good for half of the teams hit total on the day.

Fuentes scattered six hits over five innings and only allowed one run, but the bullpen allowed six combined in the last four innings.

The Red Wings struggled to get anything going until Jake Noll hit a three-run homer in the 8th inning.

The pitchers allowed seven runs on 12 hits and two homer. Alberto Baldonado was the only pitcher not to allow a run – he tossed a clean inning with two strikeouts.

This is becoming a daily occurrence, but the Nats’ minor league system had another rough day, dropping 3 of 4. 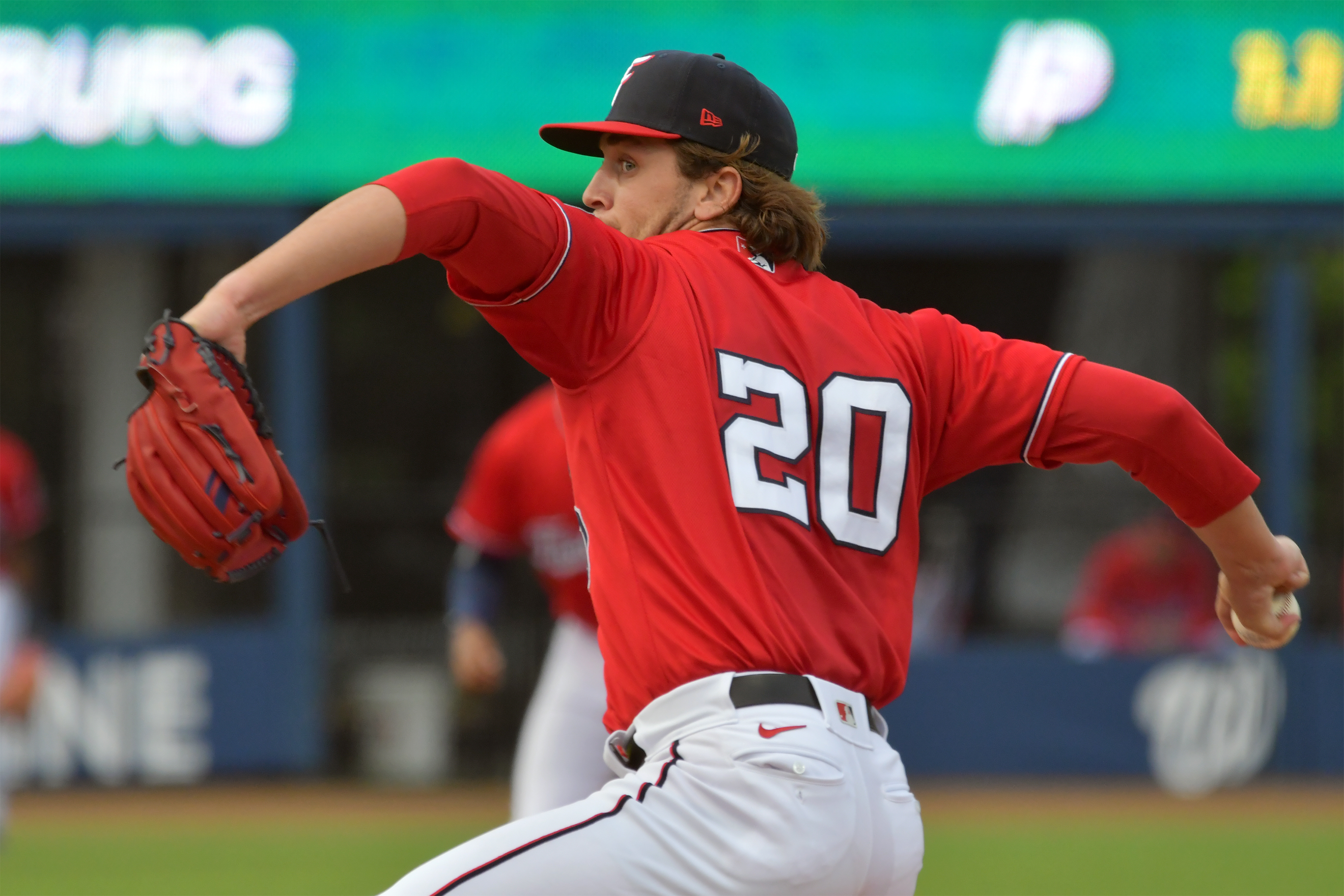