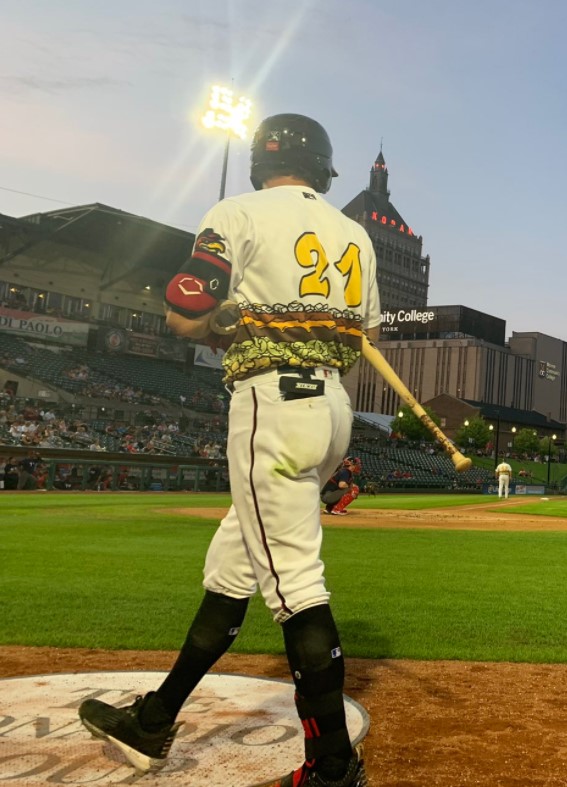 Donovan Casey in Rochester, Photo by Ryan Morris for TalkNats

A day that was slated to have eight games played across the affiliates with doubleheaders for every team in the farm system turned into only two played in Rochester with more rain across the east coast.

The FredNats and Lyncburg Hillcats thought they could get their doubleheader in by traveling to Fredericksburg for the day, and no luck with Mother Nature. This week’s slate of games  was scheduled to be played in Lynchburg, but the weather had other plans.

The Blue Rocks’ doubleheader was postponed due to rain. One game has been cancelled and the other will be played tomorrow, May 8th as a part of another doubleheader.

The Senators’ doubleheader was postponed due to rain. One game has been cancelled and the other will be played tomorrow, May 8th as a part of another doubleheader.

The Red Wings swept a doubleheader against the Yankees Triple-A affiliate in what was supposed to be two 7-inning games, but when the nightcap had a tie in the seventh inning they had to play three more innings for Josh Palacios to knock in the walk-off winner with a single.

The Nats’ minor league system had rainouts at three levels and Rochester won their doubleheader with a walk-off in the nightcap.

This entry was posted in Prospects, Uncategorized. Bookmark the permalink.
← Previous Article | Next Article →