Nats are in Denver to Face Rockies 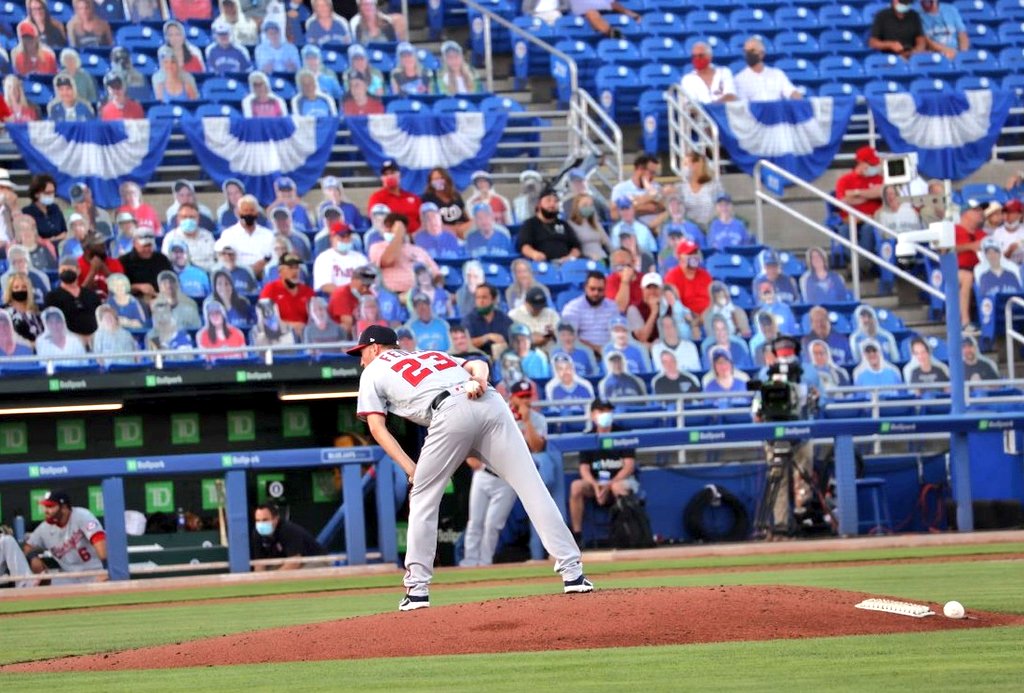 Last weekend, the Nationals did something no one anticipated: winning a series in San Francisco. Coming into the series, the Nats were suffering through an eight game losing streak, including a sweep at the hands of the Giants in DC. The offense was, oddly enough, sparked by three games in a pitcher-friendly park and facing one of the best pitching staffs. They scored 28 runs against the Giants as they prepare to play in the most hitter friendly venues in the sport. The Rockies and the Nats meet at Coors Field, a ballpark at which the Nationals have not fared well over the years. A record of 24-30 in the Mile High City is misleading as the Nats have been unable to truly take advantage of some lackluster Rockies teams.

Following the successes of their late 2010s teams, the Rockies’ front office decided to cut costs and tear down their old core. Players like Nolan Arenado, Jon Gray, Trevor Story and DJ LeMahieu are all gone. The franchise opted to embrace castoffs from around the league in order to give comparable performances. The fans have not been very pleased with the organizational cheapness, making the offseason signing of Kris Bryant all the more perplexing. Analysts and front office insiders are dumbfounded at the direction of the team, but a hot start to the season has murkied the waters for the so-called rebuilding club.

The hitting core is, per usual, the strength of the Rockies. A trade of Raimel Tapia netted them Randall Grichuk. Grichuk is off to a torrid start to the year, hitting above .330. Additionally, the addition of CJ Cron last year has paid off immensely as the first baseman has already accumulated eight long balls and 21 RBI. Other hitters like Connor Joe and Elias Diaz have hit much better than expected for the Rockies, helping them get off to a 13-9 start to the year.

On the other side of the ball, the Rockies have been able to mitigate their historic Achilles Heel. Their pitching staff has been able to keep the team in games, a task that has not been easy in the past. Pitchers that have relied on violent sinkers and changeups have been able to thrive in the thin air. Chad Kuhl, Kyle Freeland and Antonio Senzatela all have pitched extremely well thus far. In the bullpen, Daniel Bard has enjoyed a career revelation in Colorado as he has served as the closer. Justin Lawrence and Tyler Kinley have been able to shut down hitters late in games as well.

The Rockies and MLB decided to implement a humidor in the clubhouse to keep the baseballs in a more climate controlled environment. Since then, the Rockies have seen their pitching numbers vastly improve. That being said, they maintain their unique competitive advantage at home. As the league has become more home run reliant, the Rockies have adapted to minimize the home runs. They have emphasized sinkers to force batters into hitting the ball into the ground instead of the thin Rocky Mountain air.

Everyone understands that watching a rebuilding team can be tough. At times, it feels like downright torture. However, there are moments in the year where the team is watchable and entertaining. Sometimes these stretches last for a month. Other times, they are merely apparitions for a week. The longevity of this stretch for the Nationals has yet to be determined. The series win over the Giants distracted fans from the fact that the team had a 2-8 homestand.

For the first time in what feels like forever, the offense broke out. As a whole, they were able to drive in runners when in scoring position. Specifically, Victor Robles and Yadiel Hernandez both drove in numerous runs during the three games. Robles really needed the successful weekend; his batting average now sits above .250 for the first time since 2019. Hopefully, Robles uses this weekend as a starting point for a productive stretch.

The rest of the lineup was on point as well. They took their walks and ran the bases intelligently to put pressure on the Giants. Pitching wise, it was an up and down weekend. Friday night, Aaron Sanchez was impressive in his second crack at the Giants. Saturday, Joan Adon continued to give uneven results in a loss. Finally, Josiah Gray was excellent, not giving up a hit until the 5th inning. Gray continues to develop into a future front line starter, ranking in the top ten in strikeouts to this point.

The Nats look to continue their surprisingly successful start to the season on the road. All the while, the Rockies look dominant at home once again. Although it might sound redundant, the team that keeps the ball in the yard will win. The Nationals, at times, have struggled with this and playing at the high altitude is not conducive to success. Obviously, if the Nats cannot take advantage of the offensive haven, they will be at a disadvantage. The teams hope to find their way back to contention in the coming years, something that can only be achieved by winning games and gaining experience for young players .