Luis García and Cole Henry are TalkNats’ MiLB Co-Players of the Month! 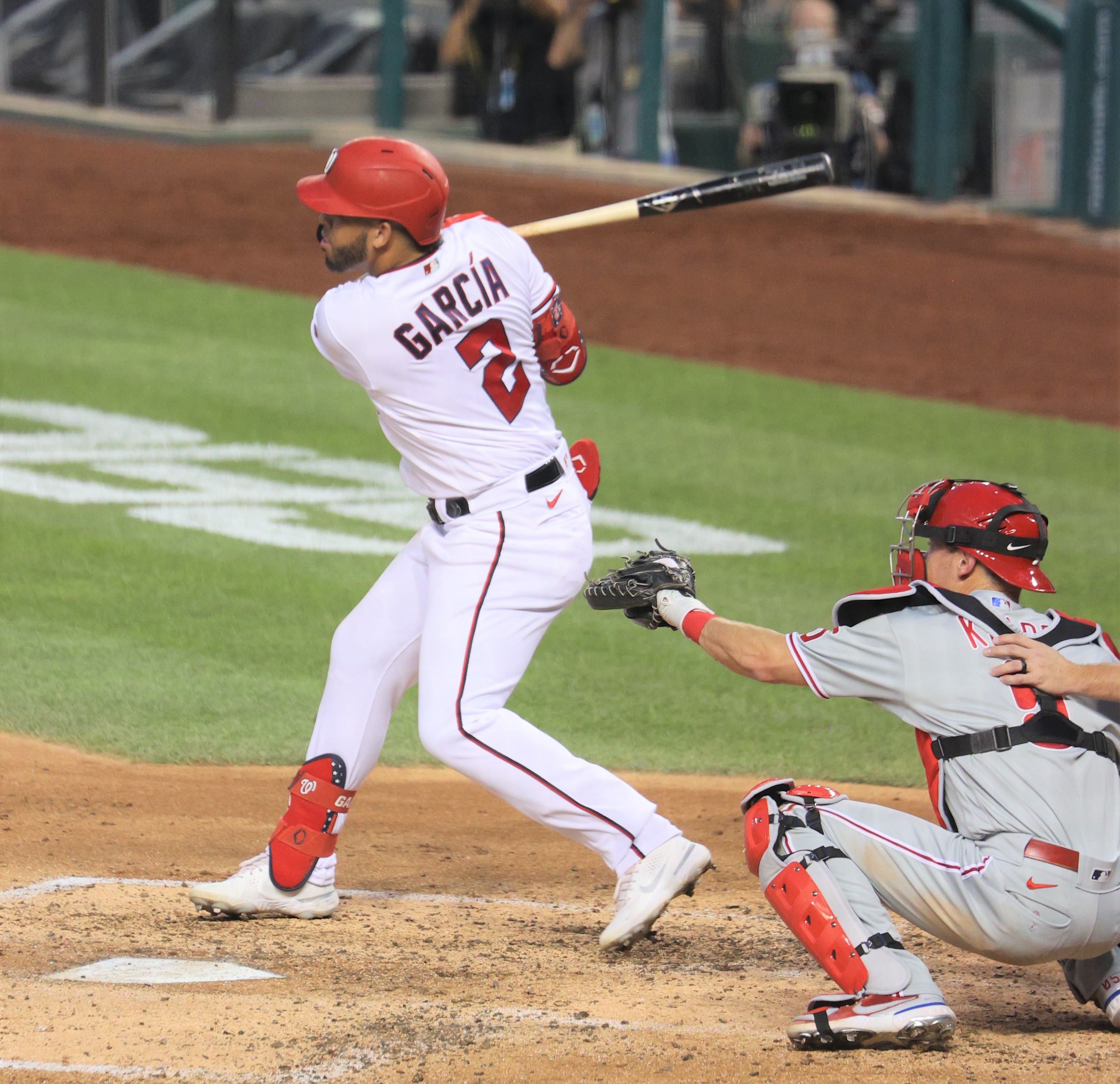 After much deliberation, we decided that infielder Luis García and right-handed pitcher Cole Henry both deserve the honor of TalkNats April MiLB Player of the Month. As you can tell, there was no shortage of contenders for the award.

The 18-year-old phenom, Brady House, is hitting .341 in his first full month of playing in Single-A, and given his age and experience — that’s impressive. Sammy Infante is leading the system with seven long balls, doing so in only 16 games played. Evan Lee has a 1.93 ERA in 9 1/3 innings, and his Senators teammate, Matt Cronin has yet to allow an earned run through 7 2/3. By far the biggest surprise of the season, Rodney Theophile is pitching to a 0.86 ERA with 30 strikeouts in 21 innings in Single-A Fredericksburg.

With all of the talent and impressive performances so far in this young season, we couldn’t just choose one. García is undeniably above everyone at the plate. One could even argue that he’s been one the best hitters in all of the minors as he’s eleventh in the league in at-bats with 85, but is maintaining a .353/.409/.624 slash line.

His recent success is leaving some Nats fans puzzled about the decision to leave him in Triple-A with Nationals starting shortstop, Alcides Escobar, hitting .185 in his first 65 at-bats this season. Is García in Rochester to work on defense? Is he there as result of service time manipulation? The answer is: only General Manager, Mike Rizzo and Director of Player Development, De Jon Watson know the real motivations there.

The 22-year-old middle infielder has 370 career at-bats in the major leagues. In those opportunities, he’s been.. well… bad to be brutally honest. His career .680 OPS is not good enough but given his age, it should not have been unexpected. Garcia’s 18.7% strikeout rate was good in his MLB career and below the 23.3% average — but the 79 wRC+ was not nearly good enough to start the season in Washington D.C.

It is not the start of the season anymore. We’re a month in and García looks like Barry Bonds in the Triple-A International League East. He’s already earned a Player of the Week award and will surely rack up more accolades if he’s forced to stay with the Wings.

If you look at García’s 1.069 OPS, 14.4% strikeout rate, and 182 wRC+, those stats are enough to show that he’s improved drastically in pitch selection and overall bat-to-ball skill — but it is still Triple-A, and Rizzo is sticking with the veterans he signed in the off-season for now. He’s improved in virtually every statistical category and at this point regression is inevitable. We all know García is playing well enough to get the call up, but it isn’t up to us. The moment of truth will come on May 25th when the Nationals get an extra year of control for keeping his service time below the threshold.

Cole Henry has been equally as dominant on the mound in Double-A. The Nationals’ No. 3 prospect, according to MLB Pipeline, has not allowed a run in 13 innings over four starts. While his innings count has been held in check, this was all part of easing him into 3-inning and 4-inning appearances to start his season. He’s been so good, he hasn’t even gotten into a situation where a run could have scored. His three hits and four walks allowed are scattered across the 13 innings and his average of 14.85 pitches per inning is proof.

The numbers against are miniscule across the board; a stingy 0.54 WHIP, and a scant .073 batting average against are Cy Young numbers, and the most interesting stat in my opinion, only two opportunities for a ground-ball double play.

This entry was posted in Awards, Prospects. Bookmark the permalink.
← Previous Article | Next Article →