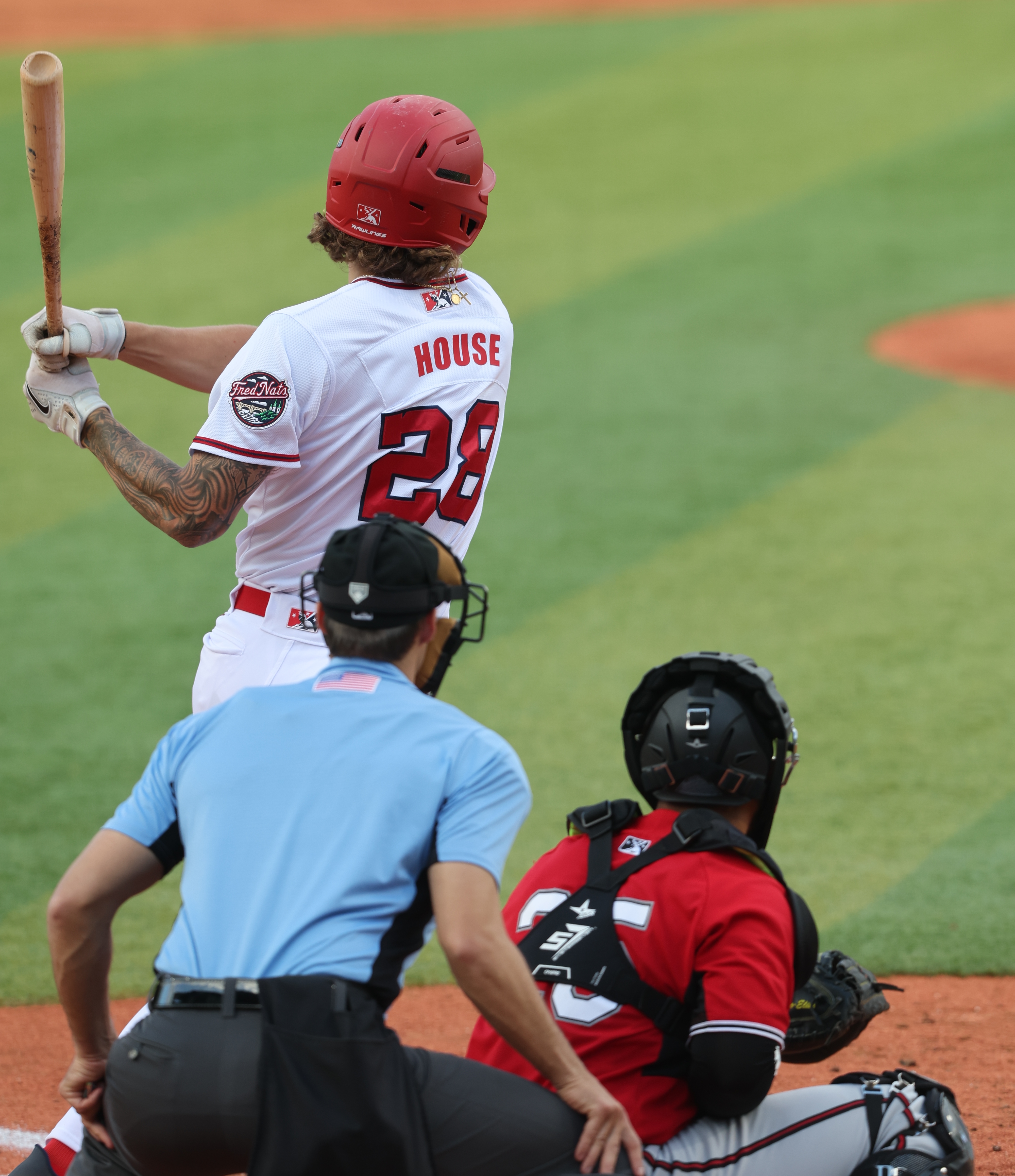 As the Nationals struggle to win games early in the 2022 season at the highest level, fans are quickly turning to look towards the future. Some of the top prospects in the organization are beacons of hope and progress for a system that ranked near the bottom of the league before an infusion last season. For all of the struggles at the MLB level, there have not been nearly that level of difficulty for the Nats’ minor leaguers. Some of the top prospects have played up to those pedigrees while others have emerged to be potential impact players in the future.

Brady House (SS): The Nationals’ top pick from just a year ago is certainly making a name for himself early in his professional career. In under 100 plate appearances this season, House has nearly accumulated 25 RBI while hitting slashing .364/.494/.938. These stats are obviously cause for a promotion, something that could be coming very soon if the production continues. House was considered one of the best hitters in the 2021 Draft, a claim that has been backed up initially. The only concern thus far has been his fielding as House has already committed four errors. Obviously, the DH at the MLB level helps that, but the hope is that he cleans that up. The Nationals have been ecstatic with his progression and ability to refine his approach to limit strikeouts and maximize contact.

T.J. White (OF): Another 2021 draftee, White has also gotten off to a very solid start at Fredericksburg, albeit one that is being overshadowed by House. He has slashed .302/.535/.923 so far in just under 50 at bats. The only true concern for him to this point has been strikeouts; he is fanning close to 37% of the time. This is very on par with his scouting report, the trait that likely kept him out of the first round.

Jeremy De La Rosa (OF): De La Rosa is a player that the Nats hope to see at the MLB level due to his all around solid game. He has struggled with contact in the past, but he has cut down his strikeouts and raised his average in the process. His power numbers are very solid, another notion that development has been occurring. Overall, the signs are pointing up for De La Rosa as he attempts to get his career back on track after a disappointing start to his professional career.

Yasel Antuna (LF): Antuna is one of the most intriguing prospects in the Nats’ system. He has become the apple of the organization’s eye, but has gotten off to a slow start this year. He is only hitting .236 and has 17 strikeouts in 55 at bats. The solution is clear and that is for him to improve his contact. That being said, it is not quite as easy to put into action. The Nats, though, have confidence that he will return to form.

Darren Baker (2B): Baker will always be known for being the son of the legendary Dusty Baker, but he has started his journey to making his own name. After being drafted by the Nationals for a second time in 2021, Baker has gotten off to a strong start; he is hitting .299 with impressive contact skills. Baker has hit for a lot of extra base hits, something he became known for in the early scouting process. The Nats will give him more time to play in Wilmington, but hope for his hot start to continue.

Mitchell Parker (LHP): Even though he was drafted in 2020, a year many might forget in terms of the MLB Draft, Parker has emerged. Parker was the final pick for the Nats in the abbreviated five round draft, but has quickly dominated. In just 17.1 innings this season, he has struck out 25 batters. He has put all three of his out pitches on full display. One negative about the start to the season for Parker, though, has been the control issues. He already walked 14 batters, a number that needs to improve before a promotion should be considered.

Gerardo Carrillo (RHP): Carrillo was acquired last year at the Trade Deadline from the Red Sox. He pitched well enough at Wilmington to earn a promotion to start 2022. However, he has struggled to get off the ground to this point. A gaudy 12.60 ERA in a minimal sample size of five innings does not quite inspire confidence in the right hander. However, the solution for Carrillo might be simple: give him more innings and experience to allow for the results to improve.

Cole Henry (RHP): Henry is yet another pitcher the Nats hope can elevate to the MLB before long. He has flashed some filthy stuff in the past, leading to his quick promotion to AA before finishing more than two full professional seasons. His quick successes have continued to begin the season. In his three starts, he has only gone nine innings, but has dominated those innings, giving up only three hits. Perhaps, like Carrillo, the Nats will give him some more opportunity to prove his worth.

Matt Cronin (LHP): Cronin is a very rare prospect. He was drafted as a closer, something only done for the cream of the crop. In his time in the Nats’ system, Cronin has done nothing but cement himself as a great option in the bullpen. In AA, he has continued that dominance. Through five games, he has yet to give up a run. Interestingly enough, he is doing it while going against most strategies; he has attempted to cut down on his strikeouts in order to let his sinker work to its potential. Cronin is someone who might be able to make his way to the MLB before long if he continues to pitch lights out.

Luis Garcia (2B/SS): In what was a surprising move to some, the Nats decided to send Garcia to AAA in order to give him regular at bats. That plan has worked perfectly as he is not only getting regular at bats, but mashing in them. The slash line of .372/.654/1.077 does nothing but reinforce that narrative. He has been very deserving of a promotion, especially with both Alcides Escobar and Lucius Fox struggling. However, the Nats seem to be content with him at AAA as long as he continues to stumble defensively. He has committed four errors already, but still offers more potential than either Escobar or Fox. It truly dumbfounds some fans and media members alike as to why the Nats are refusing to play their young prospect at the MLB level amidst a rebuilding year.

Josh Palacios (OF): The Nationals signed Palacios to a minor league contract early in April after he was let go by the Blue Jays. This move looks incredibly smart as Palacios has done nothing but hit at Rochester. In just nine games, he is hitting .367 and doing so while driving in 12 runs. For comparison, Garcia has played in twice as many games and only has 14 RBI. Palacios has had a cup of coffee with the Blue Jays last year. Nonetheless, he might be a good option for the Nats in the case of injury or ineffectiveness.

Cade Cavalli (RHP): The consensus top prospect for the Nats has not had the greatest start to his season. Although he is likely to make his MLB debut this season, he currently has a 9.00 ERA in 12 innings. The 15 hits given up in that time is a tad concerning. Though, considering his pedigree, the Nats expect him to turn around his rough start to the year.

The Nats have deepened their system in the past year, but there is still work to do for them. Much of their top tier talent remains in the lower level of the system. Additionally, some of their biggest prospects have not gotten out of the gates well. For others, though, a promotion might be in the near future. As the MLB team struggles and has experienced injuries, the front office might look to shake up the roster with an infusion of youth to a rebuilding roster that has started to look old and uninspired.

This entry was posted in Analysis, Draft, Feature, Prospects. Bookmark the permalink.
← Previous Article | Next Article →