Nats kick off homestand with series against Diamondbacks 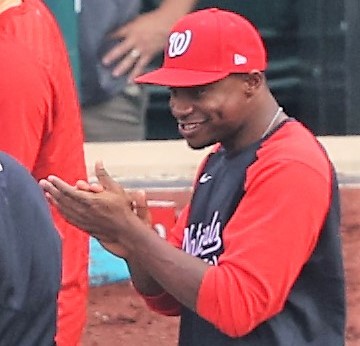 Coming off a week-long road trip that saw the Nats go 3-4, they return home with the Arizona Diamondbacks waiting for them. The Diamondbacks are coming to town after dropping two out of three to the Mets in Queens over the weekend. Like the Nats, the D-Backs are in more of a rebuilding stage of their roster, with more young players getting significant playing time.

For what might become a rarity this season, the Nats will face a team that is on par, if not slightly worse, than them. After a disappointing weekend in Pittsburgh, the Nats hope to return to the winning ways they witnessed in Atlanta.

The Diamondbacks, like the Pirates, experienced a window of success that saw the team make the Postseason and compete annually. However, that window has since closed and was punctuated by one of the worst seasons in franchise history in 2021. At one point during the season, they had lost 17 straight games. However, the new season comes with a different roster.

The Diamondbacks are led by Ketel Marte, their electric second baseman who has been their best player throughout the rebuilding process. He is a young piece that has garnered a lot of trade interest as he might be too expensive for Arizona to keep while not in contention. In addition to Marte, the D-Backs look to players like Daulton Varsho and Seth Beer to develop. These two are imperative to the long term success of the team. That being said, the Diamondbacks rank last in just about every hitting category, with a team .162 batting average. They do not hit the ball very well despite having some very dangerous hitters in their lineup that have track records of productivity.

The strength of this rebuilding club is in their pitching staff. The Diamondbacks have many pitchers with name recognition on their staff including Madison Bumgarner, Mark Melancon and Ian Kennedy. These pitchers are certainly past their respective primes but serve as stopgaps until the younger wave of talent arrives at the highest level. The rotation, at this point in time, is led by Zac Gallen, one of the brightest young pitchers in the league. He is toiling in Arizona, but he is one of the most underrated hurlers in the game.

The weekend in Pittsburgh was one that saw multiple different versions of the Nationals. The first was a hapless team that was struggling mightily against a subpar Pirates roster. The other was one that was hitting the ball around the yard and playing well into their gameplan. Between these two versions of the Nats, the one that was most commonly seen was the former. Dropping three out of the four games was something they certainly could have avoided as just about all of the games were winnable. Although, such is baseball: the unforgiving sport that it can be sometimes.

For all the bad, the bottom of the order finally was able to contribute. Alcides Escobar was able to hit well in Pittsburgh while Victor Robles got on the board Sunday afternoon with an RBI single. Lane Thomas also got a few knocks that resulted in RBIs. All in all, the Nats desperately need these players, as well as many more, to find their strokes and take the pressure of the likes of Soto, Bell and Cruz.

That being said, the Nats pitching fell back down to Earth after such a great stretch to start the season. The walks and miscues caught up to them. The Pirates were able to capitalize with big hits with runners in scoring position. The bullpen, once unblemished, yielded far more runs than previously and cost them games. Specifically, Sunday when the Nats were ahead the whole game before running out of steam in falling.

Some of the ugliest parts of the weekend, though, were seen with the young players on the roster. Joan Adon squandered a great start by the offense and got roughed up considerably. He was simply not in the strikezone enough and paid dearly for it as he got knocked around when he threw strikes. Josh Rodgers, while not exactly young, was clearly without his best stuff and could not keep the Pirates at bay. The one thing that appeared to be missing for the Nats was the shutdown inning. Whenever the Nats scored, the next inning almost always saw the Pirates score as well. For an offense that might have trouble generating runs, it is something that can be a true killer.

These two teams, flawed in their own rights, prepare to face one another for the next four games. Arizona is looking to win some games in what appears to be a long season once again. The Nats, similarly, want to grab some momentum while the schedule is favorable. Between the two teams, there might not be very much hope in the current states of the teams. The respective front offices are desperate to provide long term success in the coming years.