The Life of a Sport’s Fan 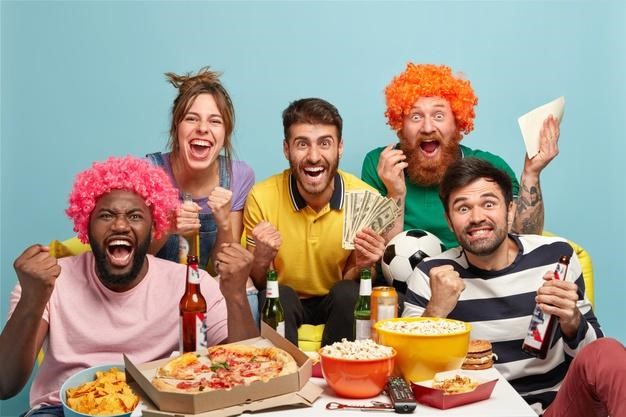 Lately, I’ve given the subject a bit of thought on the life of a sport’s fan. What does it mean to be a fan? Why do we lose sleep over game results? Why do we care deeply about peripheral things like mock drafts, draft orders etc?  I haven’t really come up with anything profound, but I have clarified some concepts, and if you will, some truths which I feel are obvious — but not necessarily what most fans like to hear.

Allow me to take a step back and talk a bit about my own universe. Like most fans I follow closely multiple different teams in different sports. In my case, my teams are the Montreal Canadiens based on having lived in Montreal throughout much of my youth and adult life. The Pittsburgh Steelers based on having lived in Pittsburgh for 3 years and not having a team previous to that and of course the Washington Nationals based on a continuation of a love affair with the Montreal Expos — one that refused to end when the Expos moved to DC. (Of course by then I had been out of Montreal for a few years).

I looked back on my years as a Habs fans which started in 1968, and I see many championships concentrated between 1968 and 1979 (8 in that span) plus a couple more in 86 and 93. Winning the Stanley Cup was a matter-of-fact experience. I had been to a few parades and quite frankly many old time Habs fans continue to view their team as one which has a god given right to win forever, needless to say those fans are mostly miserable these last couple of decades. My Steelers have also won a couple of championships since I started following them in 1994 but more importantly have managed to remain relevant throughout the years, I really have no complaints.

Interestingly enough, while I follow all 3 teams equally, by far and away the sweetest & most satisfying title was delivered by the 2019 Nats. There is no doubt that this title run brought me more joy that any of the other wins which brings me back to where I started. We want to win every year, our appetites as fans are never satisfied but what makes the highs higher are all the heartbreaks, near misses, disappointments along the way ( It is that way for me at least). The joys of victory are amplified against the agonies of defeat.

One of the reasons I had become so philosophical at this time is that each one of my teams is in some stage of a major rebuild (I don’t buy fancy adjectives like reset or reload) with little chance of contending in the near future, I’ve been fortunate that all my teams have been relevant (give or take) throughout the past decade & from my perspective that’s all I can ask for. Watching the various approaches to the rebuilds is a spectator sport on it’s own, and I have to say that for me, the Mike Rizzo method of ripping the band aid and going all-in on the rebuild is the way to go. I refuse to get down and angry at this reality. I find watching and following new young prospects is an interesting way to be.

I have a couple of observations which go back to where I started:

Happy new year to all & hopefully we have real baseball to disagree about real soon,