Fangraphs projects the Nats currently as a 75-87 team this year! 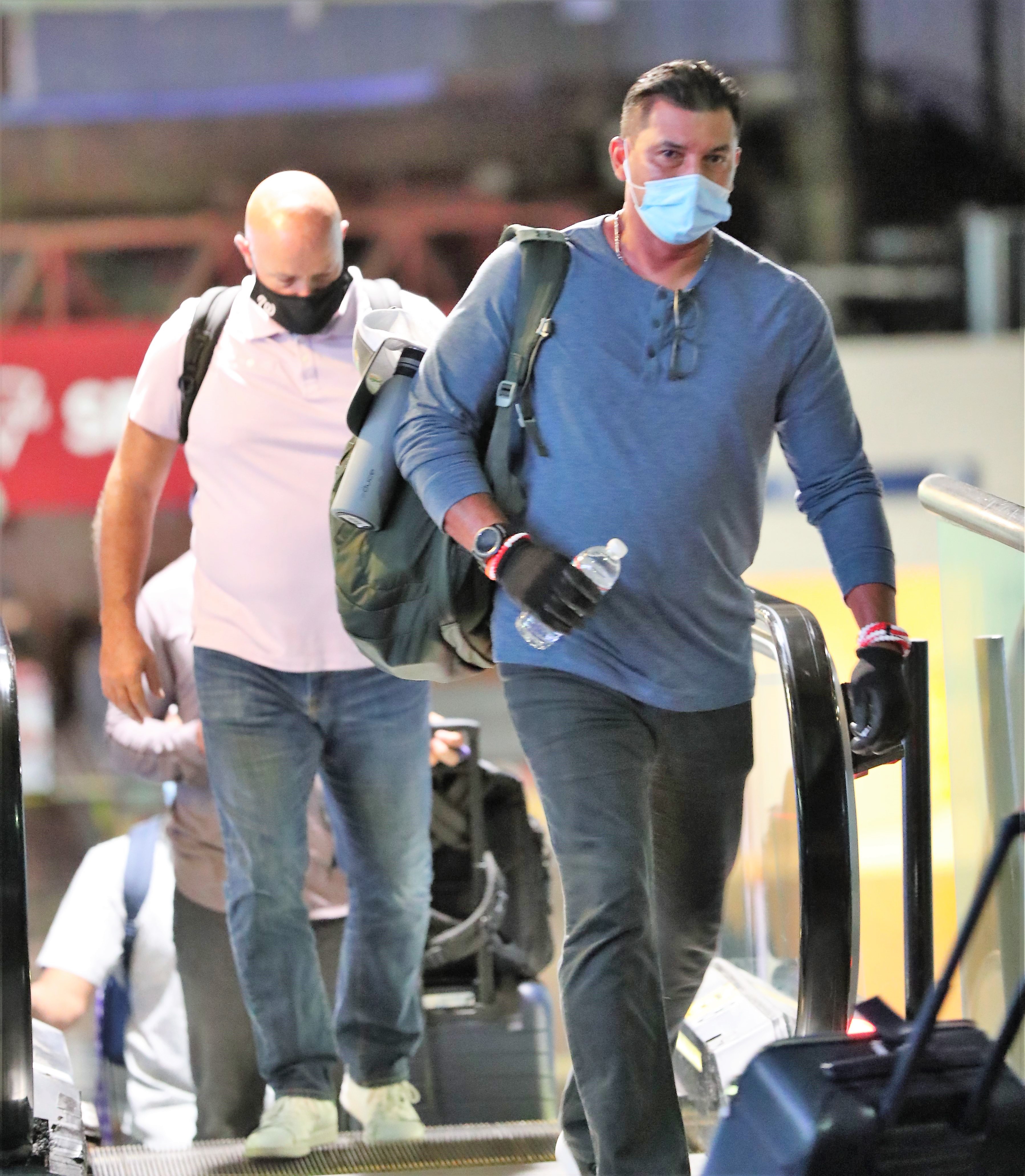 Projections are fun to analyze, and they rarely come close to reality in total. Given the state of the Washington Nationals at this point in time, the projections are actually bullish on the team at a 75-87 record for the upcoming 2022 season. Fangraphs has projected Juan Soto as the best player in baseball at a +7.2 WAR, and that certainly helps. That is 10% above where Soto finished in 2021 at a healthy +6.6 WAR that landed him in second place in the MVP voting.

It is important to note that these projections will change as new data is uploaded, and other roster moves are made. To date, the most significant off-season move general manager Mike Rizzo has made was the free agent signing of Cesar Herandez at a +1.6 WAR. We expect other additions to the roster which will add WAR.

As we dive into the numbers, you have to wonder why Fangraphs is bullish on some players and bearish on others. Here are some charts for your analysis: 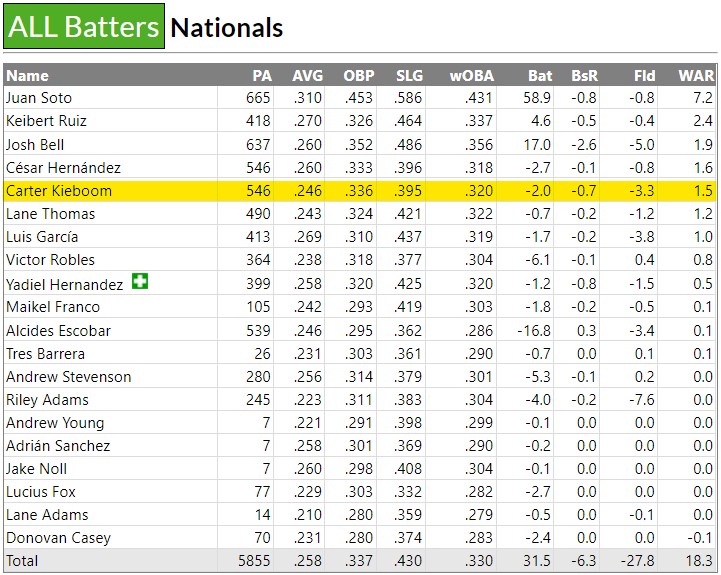 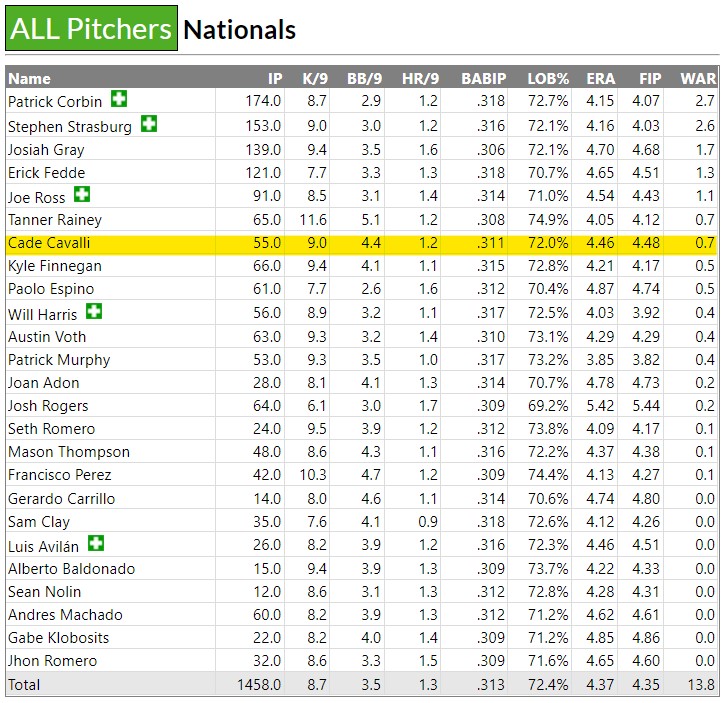 A few points on the position players to ponder; Fangraphs for the fourth consecutive year is bullish on Carter Kieboom. He was statistically the team’s worst player in 2021 at a -0.9 WAR. How do you go from that number to a +1.5 WAR this year? That is a +2.4 improvement. Is it possible? Sure. But that number seems very high in a projection. Fangraphs also sees a small bounceback for Victor Robles going from a -0.5 to a +0.8. But they are very bearish on Alcides Escobar going from his +1.7 WAR in 2021 in only 349 plate appearances to +0.1 WAR in the projection for 2022.

On the pitchers, Fangraphs is also bullish on Patrick Corbin and Stephen Strasburg in WAR with improvement for Corbin going from his 5.82 ERA in 2021 to 4.15 in 2022. Also consider this that the NL could be a DH league in 2022. Fangraphs does not see any Nats pitchers (starters or relievers) below a 4.00+ ERA except for Patrick Murphy. What?

Many will like that Fangraphs is projecting the Nats’ top prospect, Cade Cavalli, to make his MLB debut in 2022 with 55.0 innings pitched. Likewise, they have Gerardo Carrillo,  Lucius Fox and Donovan Casey making their MLB debuts with little WAR contribution. To confuse everyone, they also have Lane Adams getting some playing time in the same lineup as Lane Thomas. In all of baseball, the Nats have both players with the first name of Lane. Good luck if that happens.

Here is the NL East standings projection for 2022:

With everything considered, the Nats are projected to be the cellar dwellers again in 2022, and as of now, that looks accurate unless Rizzo makes some impact moves.