What I learned watching LIDOM games

Posted on December 27, 2021 by ArVaFan aka Laura Peebles 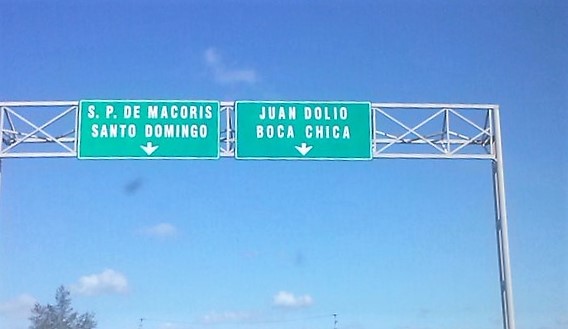 By ArVAFan55 aka Laura Peebles

For those who do not know what the acronym LIDOM stands for, it is short for the Liga de Béisbol Profesional de la República Dominicana which translates to The Dominican Republic Professional Baseball League. This league is essentially the Dominican winter league and composed of six teams across the Dominican Republic. It is the Dominican’s highest level of professional baseball played in their country. There is a great pride factor in LIDOM baseball among Dominicans. Also, you do not have to be Dominican to play in the league.

MLB is perfectly capable of making mistakes (“man on second in extras” comes to mind). Offering a livestream of the 2021-22 LIDOM games to the US subscribers of MLB.tv was not one of them. Perhaps they didn’t mean to, but they gave us a glimpse of the past and the future of major league baseball. The past? Think bunting and base-stealing. The future? Think DH and ads everywhere. I did hear the Dominican Republic broadcasters welcome their “worldwide audience through their partnership with MLB” a couple of times at the beginning of the broadcasts.

I watched about two-thirds of the games played by the Toros del Este (Oct.-Dec.). I figured if I followed one team, I’d get to watch all six of the teams in action, both home and away. Unfortunately, I chose the worst team (although they were the 2019-20 champions, the turnover is so high that’s almost meaningless). Oh well, I did get to see all the teams and their stadiums. I read Spanish at a college level, speak at high school level, and before this LIDOM season, eavesdropped at about 4th grade level. After 10 weeks, I moved from picking up about 40% to 70% of the broadcast (depending on the broadcaster).

Yes, the broadcasts are completely in Spanish. But that really isn’t a problem even if your vocabulary is limited to “un cerveza, por favor,” and “donde esta el ban͂o?” Why?

The teams are Águilas [eagles] Cibaenas, Toros del Este, Leones del Escogido, Estrellas Orientales, Gigantes del Cibao, Tigres del Licey. Since the Toros were eliminated from the post-season, which starts this week, I think I’ll switch my allegiance to the Tigres because Aaron Barrett plays for them.

So, what’s the same and what’s different than MLB?

They generally fall into three categories:

There is a lot of roster turnover even during the 3-month season: ineffectiveness, cultural issues for non-Hispanic players, opportunities elsewhere (i.e. Asia), “done enough rehab,” or “other,” resulted in 4-5 player changes each week.

Only one player wore a mask when he wasn’t playing (Raul Valdés). Some of the non-playing staff wore them in the dugout.

Think AA-level playing. There seemed to be a lot of fielding errors (missed throws to first resulting in a runner on second seemed to happen almost every game). The quality of play can be a bit uneven, given the mix of players mentioned above.

The games are not shorter than major league games. There are a lot of balls fouled off and a fair number of strikeouts and mound visits (not limited).

Most starting pitchers went no more than five innings.

The on-deck circle (or “waiting circle” in a direct translation) is often sprayed on the ground—so no dragging the circle away!

I saw a couple of “neighborhood plays” at second and no one challenged them.

A couple of players carried their bats to first when they were the third out of the inning and were clearly going to be out.

The range of scores paralleled what you’d expect from the majors, although there did seem to be a few more “lopsided” scores (10-1, 9-0), but I didn’t do any analysis—that’s just an impression.

Fewer home runs, more stolen bases, and a lot of bunting for hits (which makes sense given the fielding issues).

The camera work is better than the MiLB feed for AA, and given the way Charlie and Dave complained about the “away” feeds they got in 2020 and 2021, I think they’d be happy with these. I don’t recall the camera ever losing track of the ball, which is more than I can say for the feed C & D got.

There weren’t a lot of notable bat flips, even for home runs.

There was, however, a memorable backflip! Yes, he does this after he gets the third out of the inning.

No celebration tops hitting a backflip after recording a ninth inning strikeout pic.twitter.com/rzo3SElKUq

There’s no floating box strike zone on these broadcasts, so you had to guess and then see if the umpire had the same call. I like it like that—you get to tune your eye instead of getting lazy and relying on the floating box. There were occasional comments about the strike zone, but I only saw one ejection for arguing balls and strikes (although I did see two managers ejected for arguing checked swings. Some things don’t change!).

Replay is available, although I don’t know of any limits on the number of challenges. There’s no person with fancy headphones running out on the field. Someone hands the head umpire a cell phone from the stands, he calls in, and gets the replay call.

The umpires did seem a little more tolerant of arguing and definitely let the mound meetings go on longer than in the US game.

No one checked for “sticky stuff.”

They tended to come in wearing masks and then take them off.

Plenty of noisemakers in the stands (including multi-piece bands! Can’t imagine a major league team letting someone bring in a trombone!)

I did not see a single wave in the stands, although they’d have to be creative to pull it off since none of the stands go all the way around the ballpark.

Rally caps are a thing there, too.

Large flags are acceptable in the stands.

The cameras will always find any major leaguers in the stands (¡Hola, Juan!).

The ads are EVERYWHERE.

Of course, as you’d expect from a AA ballpark, there are ads around the outfield.

There are also ads on the players’ uniforms, ads between innings, and ads on the screen during non-action portions of the game (i.e., mound visits, player walking to plate).

The players do not have their names on the back of the uniforms (makes sense, with the turnover), just the main team sponsor name and the player’s number. In addition they have at least three ad patches, two on the jersey and one on their pants. Not as bad as NASCAR, but they’re headed that way.

I did like the construction company ad that used a cartoon crane to remove a cartoon pitcher for a pitching change.

Probably the funniest ad placement is on the umpires. They wear black uniforms and gaiters. Across the front of the uniform is a bright white oval with “Tropigas.” Luckily none of the umpires are shaped like Joe West.

The ads are entertaining in their own way. Besides the beer and rum, there were a lot of ads for finance companies, paint companies, motorcycles, furniture & appliances, Pepto-Bismol & similar over-the-counter products. A “post-COVID aspirin for your heart” ad from Bayer might not have passed muster with the FDA. The Department of Public Works had an ad showing their accomplishments for the year (how many miles of road and bridges, etc.) and reminding people to renew their driver’s license.

There was a surprising amount of English in the ads (“power frame” and Black Friday were not translated).

Something you’d never see in the US—a frank ad for the “morning after” pill.

Anyway, if it were safe to travel there, I’d definitely want to attend some games. But in the meantime, the livestream is a good second choice.