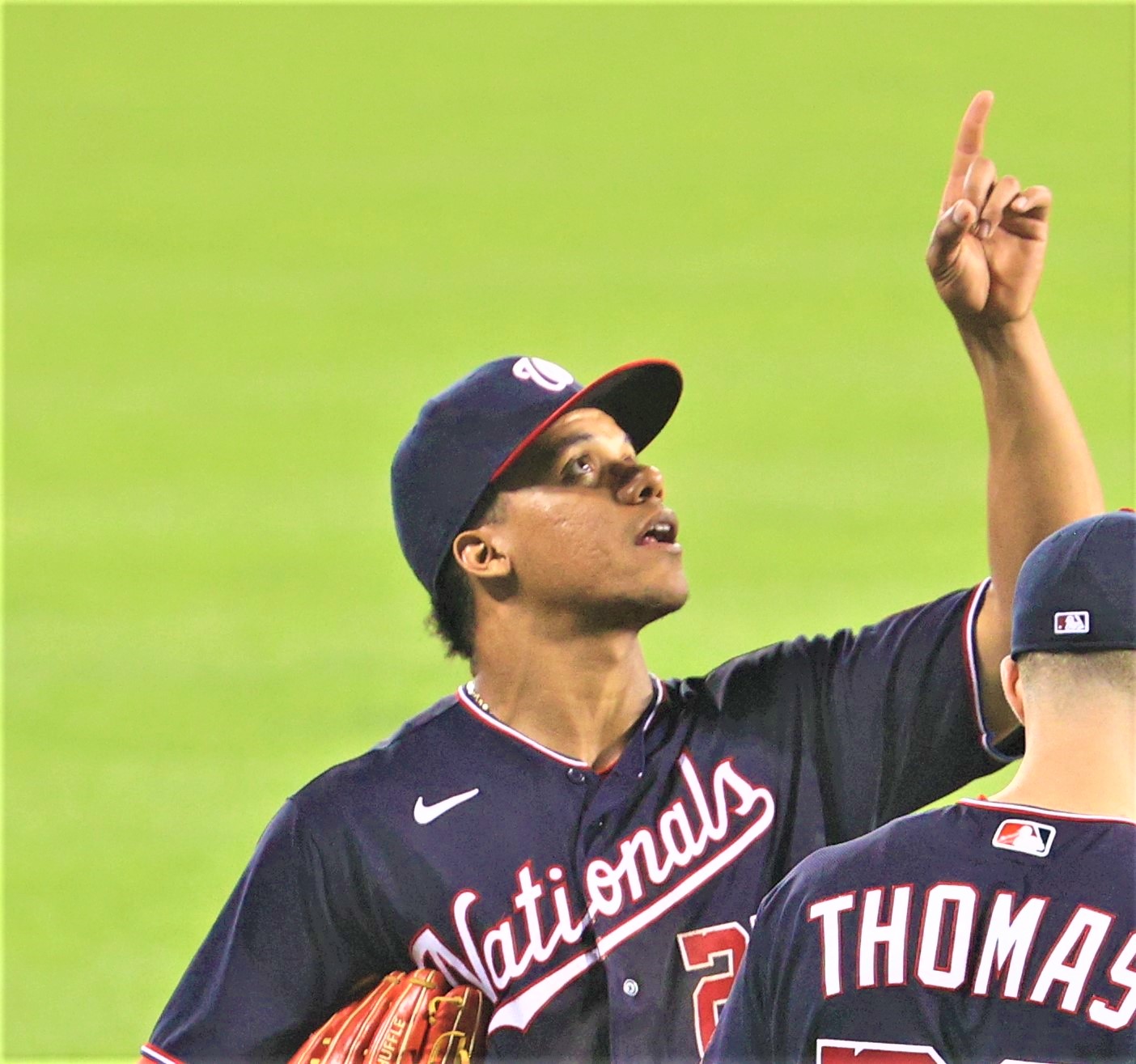 For the final nine games of this season, Juan Soto is making his final push for an MVP, batting crown, Silver Slugger, Gold Glove, and setting records. His hot streak may cost the Washington Nationals a spot or two in the 2022 draft, but this team would never roll over and try to tank. Last night, Soto put up two of the Nats’ three runs, and the bullpen barely held on to the 3-0 lead they were handed. With 64 wins in-hand as well as 89 losses, there are 81 possible win/loss possibilities with the odds great against the Nats finishing the season on a 12-game winning streak. But that would be like the Nats to do that , wouldn’t it?

For the mere mortals on this roster, it is still a tryout for next year. Players like Lane Thomas, Yadiel Hernandez, Carter Kieboom, Luis Garcia, Keibert Ruiz, Riley Adams, Andrew Stevenson and every pitcher not named Patrick Corbin or Stephen Strasburg is trying to prove themselves. That pretty much just excludes Soto, Josh Bell, Ryan Zimmerman, and Alcides Escobar.

So yes, tonight’s starting pitcher Paolo Espino still has a lot to prove. He has this start and one more next week to finish up his 2021 season. He wants to finish on a high note and unfortunately for him he is pitching in the Great American “Small” Park tonight and Coors Field next week.

The Reds have Sonny Gray on the mound, and it is always a question of which version of shade of Gray shows up. Plenty of Nats have faced him before. 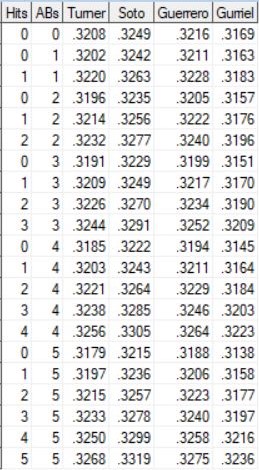 Soto leads all of MLB in Batting Average. He is now in the position where others are trying to catch him rather than the other way around. Assuming a maximum of 5 ABs, Vladimir Guerrero, Trea Turner and Yuli Gurriel are the only three players who can catch him tonight. So Bryce Harper and Nick Castellanos have been dropped from the table (for now, and hopefully, for the rest of the season). 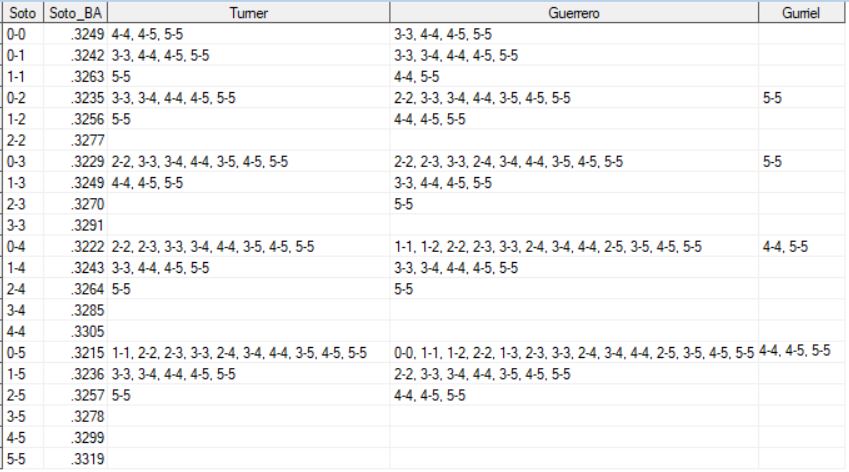 The table below shows for all the possible combinations up to 5 ABs what Guerrero, Turner and Gurriel have to do to catch him for the BA lead.