Posted on September 7, 2021 by Marc Goldstein 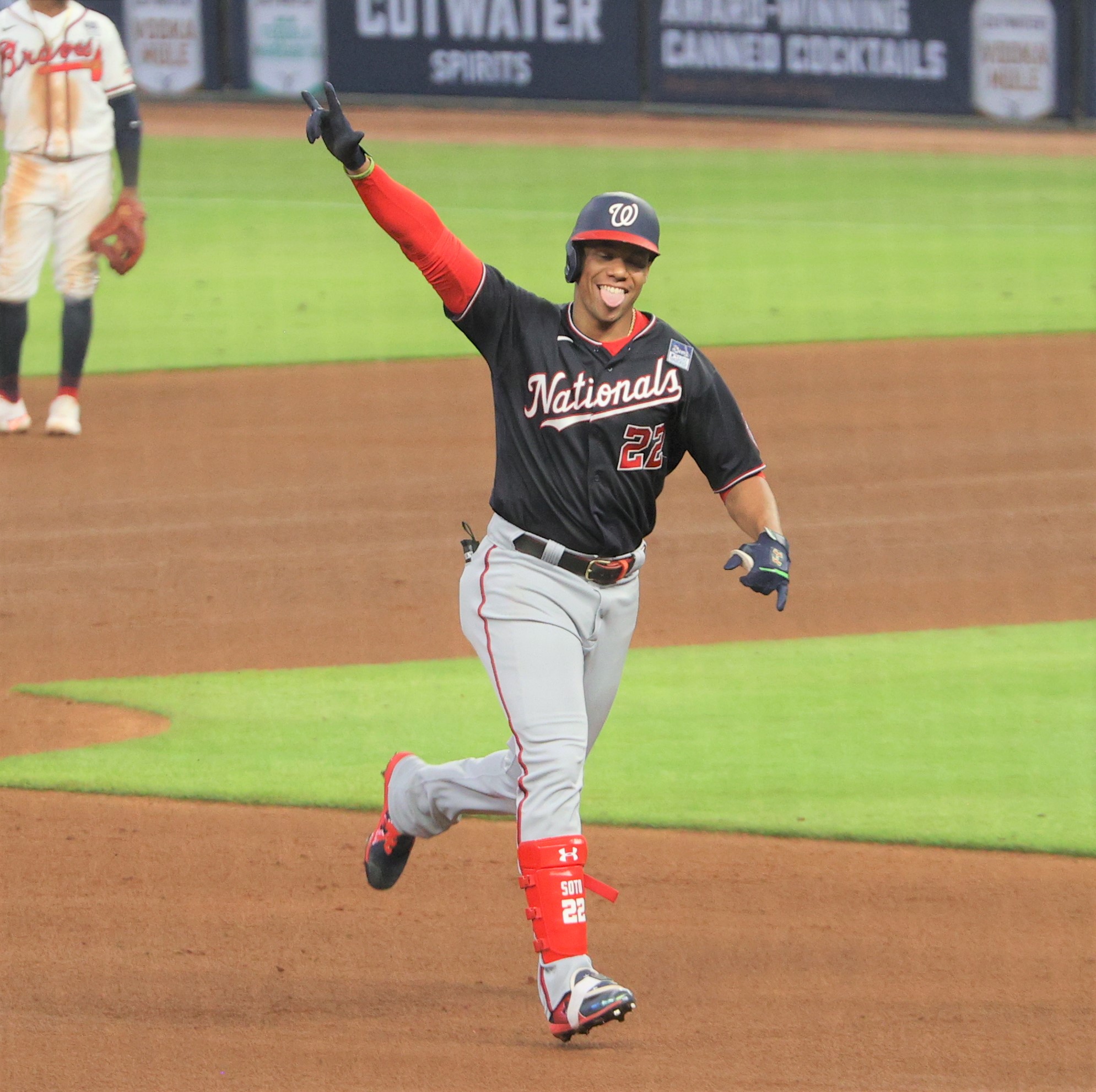 Coming off the seemingly endless week and a half of games against the Mets, the Nationals finally face a different opponent. The Braves are the next team on the docket for the Nats. They make the trip to Atlanta for the final time in 2021. The two teams have gone in different directions since the Trade Deadline, and Atlanta looks to be the team to beat in the division moving forward based on the standings even though Fangraphs still thinks the Phillies have better odds. It is the Braves who currently hold a 1.5 game lead over the Phillies. Similar to how they have played against every opponent, the Nats are a paltry 4-11 against the Braves on the season.

Since rebuilding their offense entirely during the Trade Deadline, the Braves have quickly rounded into the form everyone expected them to take. That form, however, excluded Ronald Acuna Jr., their star outfielder who went down with a torn ACL earlier in the season. Alex Anthopoulos, the Braves General Manager, has done an exemplary job of bringing in veterans to right their, at one point, sinking ship.

Those new veteran acquisitions include Jorge Soler, Joc Pederson, Adam Duvall, and Eddie Rosario. The four outfielders have all played huge roles for the season turnaround in Atlanta. Brian Snitker rotates them all according to matchups, but it has not seemed to matter with each of them delivering time in and time again.

Although their contributions have been great, the team would not be in this position without their studded infield. Freddie Freeman and Ozzie Albies might be the two most well-known players on the Atlanta infield, but you cannot forget Dansby Swanson and Austin Riley as they have both put together amazing seasons. Each of the four infielders mentioned have hit 25+ home runs this season, a great accomplishment that tells just how deep Atlanta is even without Acuna.

The biggest factor, however, for Atlanta moving forward this season will be their pitching staff. Recently, the front office signed Charlie Morton, the ageless wonder that he is, to a contract extension, keeping him in Atlanta. He has been very effective this year following a rocky start to the year. Max Fried and Ian Anderson have both played big roles in the Braves being in first place. The bullpen has held firm for the most part. Although a few notable collapses against the Nats are a microcosm of the unit. Overall, the Braves should have no excuses for not winning the NL East for a fourth straight year.

If there is ever any positives to pull from a five game series where the Nationals lost three of those games, it is that the Mets did one of their infamous choke jobs again. The Mets, a team that should be competing for a Postseason spot, played down to the Nats all weekend if you believe what the New York media is saying. Maybe the Nats played up to the Mets level. The Nationals were able to trade blows with the Mets, and came so close to taking the series as a whole. Maybe that says more about the Mets than it does about the Nats. However, one thing that has become clear is that the young, feisty Nats will fight and battle.

No matter the score or opponent, the team simply refuses to give up, and that is a reason to watch these games. They were down 9-0 in Saturday’s afternoon game and clawed back and tied the game with a chance to win it, but couldn’t muster that one key run in the end.

Countless occasions have seen the Nats dig themselves a deep hole only to climb out of it. Now, it is not exactly something to boast as the pitching staff has not been exactly sharp in most games. However, if there is a positive to be drawn from this, it is that the offense never backs down. Over the weekend against the Mets, the Nats routinely fought back from deficits against a vastly superior team in terms of talent. The comebacks were punctuated by a Carter Kieboom walk-off single on Monday afternoon after the Nats came back from a 3-2 deficit entering the ninth.

Through and through, the Nats are seeing signs of improvements up and down the roster. Patrick Corbin had a gutsy effort and showed signs of his old self while working with catcher, Alex Avila, once again. Lane Thomas continued his assault on baseballs. Luis Garcia went 7-19 against the Mets with multiple XBH. All signs are going in the right direction for some players. Others have been struggling. Josiah Gray has not been able to locate quite as well recently after an exemplary first few starts. Keibert Ruiz has hit the ball hard so far, but the ball is simply not rolling in his favor. That being said, the Nats are being patient with their top prospects. They are allowing for them to develop while getting regular playing time.

For the final time this year, these two rivals face off. Clearly, a lot has changed about both rosters since their Opening Day tilt. Nonetheless, the Nats are looking to play the role of spoiler for a team likely to play meaningful games deep into September. For whatever it is worth, the Nationals have had an encouraging week even if the results might paint a different picture. By allowing the young talent to play everyday, the Nats faithful has gotten a glimpse into the future. Whether or not it will pay off in the long run will remain foreseeable, but for now, the team hopes to steadily improve game by game.