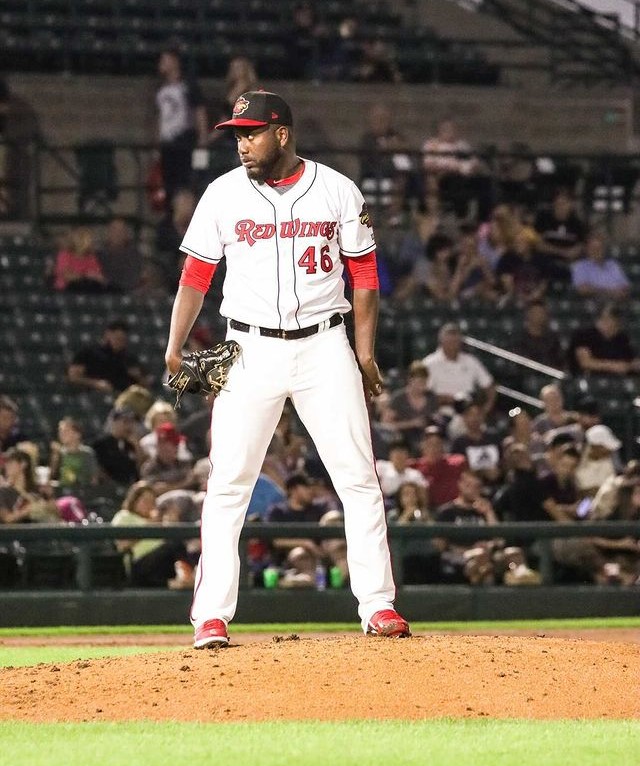 September call-ups used to be limited to fifteen as teams would get their big league rosters close to 40 players. Rule changes now limit rosters in September at 28 in total. At first they wanted those 28 to be split to 14 pitchers and 14 position players but they loosened that rule.

The Washington Nationals have already postponed their game tonight due to the inclement weather. But we should still hear the roster moves today. It will cause a cascading effect through all levels on this “Moving Day” that will make some players happy and others heartbroken. If you ever saw the movie, The Rookie, you know the anxiety at this time of year.

Deserving players abound. You have a player like Jake Noll who is batting .311 with an .876 OPS and been the best position player in Triple-A all season. Then you have the newbie, Donovan Casey, batting .326 with a .914 OPS at Triple-A after he dominated in Double-A. Neither of those players are on the 40-man roster. One player who is on the roster,  Alex Avila, fits the part as a veteran depth piece at catcher but he couldn’t even hit at rookie ball where he went 0-3 with a throwing error on defense before he jumped on a flight back to DC. What was the rush with Avila to not get him going in the Minors?

On the pitching side, our sources told us over the weekend and as we reported the team wanted to promote former 1st round pick, Seth Romero, who pitched on Friday at Triple-A. The lefty is already on the 40-man roster making any decision to add him much simpler. But what about Dakota Bacus with his 44+ innings at Triple-A? He has been one of the best relievers in the system this year next to Gabe Klobosits who already got his opportunity and could not keep it going on the big stage.  Some might want to go back to the sentimental favorite, Aaron Barrett, who has pitched 14 1/3 innings at Rochester and been really good (updated: Barrett just gave up two runs in the 9th inning for a blown-save loss). Then there are cases to be made for starters Josh Rogers, Ben Braymer, and Sterling Sharp. That trio of pitchers all have MLB experience.

The first move of the morning was to promote lefty reliever Troy Stainbrook to High-A Wilmington from Fredericksburg. More moves will follow today and tomorrow and for the rest of the season.

Of course moves will continue all month and the Nats could still demote or DFA players on the MLB roster for additional moves. What would you do with players like Gerardo Parra and Adrian Sanchez? Both players look like they have reached the end. There are players like Jordy Mercer who are still on the 10-day IL, and in Mercer’s case he is helping out as an extra coach. Maybe they do the same with Avila.

UPDATED 3:00 PM EDT: The Washington Nationals made just two moves at the MLB level by reinstating Avila from the 10-day IL, and selected the contract of LHP Alberto Baldonado who took the last spot on the 40-man roster. While Avila was no surprise, the team did a 180º on the pitcher du jour. Baldonado was really good at Double-A Harrisburg with a miniscule WHIP of 0.50, and then was promoted to Triple-A Rochester where the WHIP more than doubled to 1.13 and his ERA was 3.31. The 28-year-old lefty is a large human, and we will see if he has something special going on to help this bullpen.