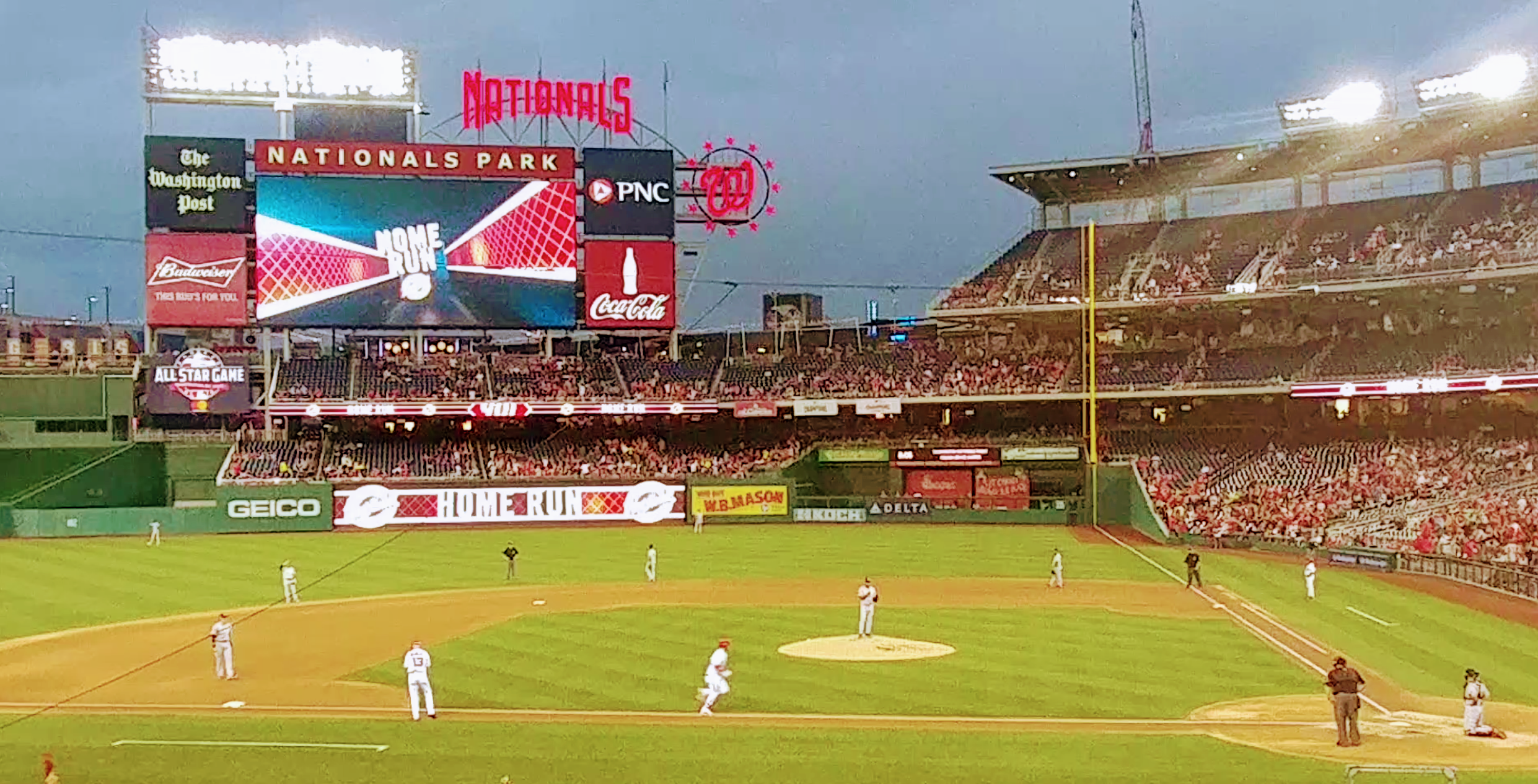 The Washington Nationals welcome the Toronto Blue Jays to the Nation’s Capital for a two game set on the heels of Washington’s seven game losing streak. The Nats have not fared well lately in pushing across late inning runs to scratch out a win or two. Their seven game losing streak is in the middle of a month of August that has only seen them win a mere two games. Clearly, the departure of the veterans meant the Nats would not win many games, but few expected the gigantic drop-off in this manner. Some of these losses, however, have been close. The young Nats have a lot of spunk and fight; just not enough to win, lately.

Bright Future Above the Border:

The Blue Jays have always been seen as the next big thing in baseball. Between them and the Padres, the media has touted them as the team of the future. However, under-performance and injuries have stalled this progress that the Padres have seen. This year, however, many of those pieces are coming to fruition. Vladimir Guerrero Jr. has exploded and reached the stardom that he was born to reach. He has cooled off a bit in recent weeks, but for a long time, he had a legitimate chance to capture a Triple Crown. Teoscar Hernandez is a power hitting co-star for the Jays. In addition, Bo Bichette has been superb as always. Newcomer Marcus Semien is making waves with his tremendous play this year, and the pending return of Cavan Biggio only makes their lineup deeper.

There are, however, a few factors holding the Blue Jays back. The first is something that they can control: their pitching. The Blue Jays have a very pedestrian pitching staff. Trade Deadline acquisition Jose Berrios is a huge boost, but they need a lot more depth to their rotation behind Berrios and Hyun Jin Ryu. The newly installed Alek Manoah has been a revelation and Steven Matz has rebounded well. However, they do not combine to be a really solid playoff-ready rotation. In order for them to be true contenders in the full sense, one of their high level prospects must become a star in their rotation. For example, Nate Pearson, who debuted against the Nats last year, needs to fulfill his star potential for the Jays to be seen as legit.

The second factor that is hindering Toronto is the fact that they play in the AL East. The division is loaded. The Yankees rarely ever have consecutive bad seasons, the Red Sox are similar in that sense, and the Rays are just dominant. Even the Orioles have a bright future and will fight against anyone. So the Blue Jays are put in a terrible position. If they were in the NL East instead, they probably would be winning it by a comfortable margin. This situation might be beneficial because the front office is now tasked with building such a dominant team just to win the division that they could end up building a team capable of winning it all.

Rock bottom. For many Nats fans, it is a new feeling. Much of the fanbase did not have to endure the awfulness of the early days. The team grew accustomed to winning. Even in a “down year”, the team would still be able to win about 80 games. This year, getting 70 wins seems like a stretch. The Nationals currently would have the 6th pick in the 2022 MLB Draft if the season ended right now. That is so alien to so many people. That is not to say that it is all bad for the team. Carter Kieboom and Luis Garcia are both showing their flashes of greatness. Specifically Kieboom who has been feasting lately and looks so comfortable at the plate after a short slump. The team has found some intriguing arms with Josiah Gray on the mound and Mason Thompson and Gabe Klobosits in the bullpen.

There, obviously, are a lot more negatives than positives. Patrick Corbin has been utterly putrid. He just does not look like the same pitcher that he was in 2019. Whether he is tipping his pitches or falling into tendencies with his slider remains unknown. All that is known is that he doesn’t know. Corbin is clueless about why he continues to get hit hard. He is giving up the highest opponent slugging percentage of his career. In addition, his WPA (winning percentage provided by a pitcher) is sitting at -2.4. Simply, he is hurting the Nats just by being on the mound every fifth day.

Outside of just Corbin, the team is playing a lot of sloppy baseball. Kieboom has been very good at the plate recently, but he has struggled at third base. He has racked up a lot of errors and misplays of the ball. A few of the team’s relievers are just ineffective. Every step forward made by the bullpen is followed by two steps backwards. Walks have hurt them a lot, and they lack experience in the back end of their bullpen.

Like many of the recent series that the Nats have played, they will see a team vying for a Wild Card spot. The Blue Jays sit 4.5 games behind the Red Sox for the second Wild Card spot. August is not the peak of the playoff push, but it is just as important as September. A poor month of August can really restore a team’s chances or bury them all together. For the Nats, it is a similar story: win games or put on a good show in the process. There is little pressure for the team to win, but as long as the team remains close, there are always small victories in these losses.