Gut punch losses happen; How you handle the next game is more important. 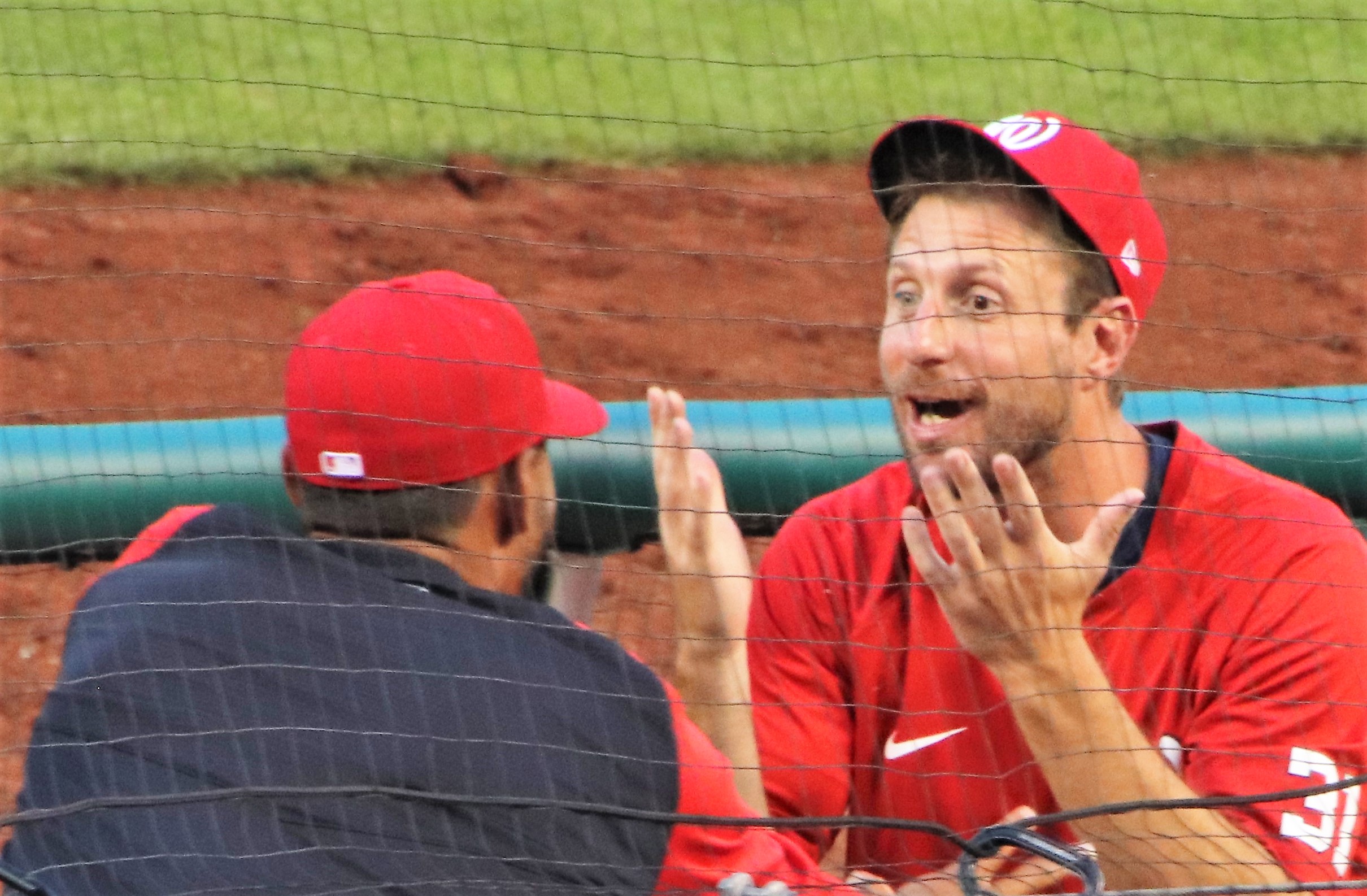 Sometimes you just can’t explain baseball results. That is lesson #1 when you try to rationalize a fluke. Sure, Max Scherzer melted down in the 4th inning in epic proportions. It happens.

A relief pitcher with one career at-bat finds himself in a bases loaded spot, against a 3-time Cy Young, and the reliever barrels up a blazing fastball below his knees. This cat, now folk hero, named Daniel Camarena had one career at-bat and it was a K. He was in a 2-strike count against Scherzer who dotted a 96.5 mph fastball below his knees and well under the zone. Camarena went 3-iron and got full barrel on the ball and sent it out at 107.2 mph, as if he has done this many times before. He hadn’t. He didn’t even take BP — why should he. In his 28 career at-bats in the minors over 8 seasons, Camarena has 5 hits — all singles. Slam Diego.

“I still don’t have a word for it. … And then this took it to a whole another level,” Camarena said. “Just in that AB, just trying to put the ball in play in that situation. Especially against Max, that’s hard to do. I was just trying with everything that I had just to put a ball in play.”

Camarena grew up not far from Petco Park. His last home run he hit 10 years ago for Cathedral Catholic High School in San Diego. He was drafted in the 20th round that year by the Yankees and has spent nearly 10 calendar years in the minors. If the Padres make the playoffs by 1-game, circle that grand slam. For Scherzer, he tried to rationalize what happened during his meltdown.

Never has a meltdown game ever happened exactly like this game. They all crack apart in different ways like watching that hole in the dam go from a trickle to water gushing out everywhere. The game was unique in how it unraveled like a cheap suit.

But the Nats had a bigger meltdown on Friday, July 20, 2012. It was Chad Cordero night at the ballpark. The Chief was back for the first time as a civilian since he left D.C. in 2008. He witnessed a 9-run Nats lead evaporate. The other Davey — Davey Johnson was managing and the Nats had a small 1st place lead in the NL East.  That game was a chip away at that 9-run lead and the Nats lost eventually by a score of 11-10. Meltdowns by Drew Storen (set-up man) and Tyler Clippard didn’t help. Davey had a quick hook of Stephen Strasburg on that night who departed with a 9-4 lead. That seemed safe in the 6th inning. It wasn’t.

The next day, John Lannan made a spot start and won the game for the Nats. It seemed to be a turning point in that season. The moral of the story is what you do next. Sure, maybe you could learn from last night’s decisions and re-adjust strategy like never use Sam Clay in a situation like that again. Nats’ manager Davey Martinez tried to defend his choice there, and someone needs to point out to him that pounding Clay is not the way to go.

But seriously, you have to turn the page and have a short memory. They say every team is going to lose 60 games and win 60 games and it is what you do in those other 42 games that determine where your season ends up. Last night’s loss is just part of that bucket of losses and some of those are painful.