The Nats crush it in a laugher in San Diego! 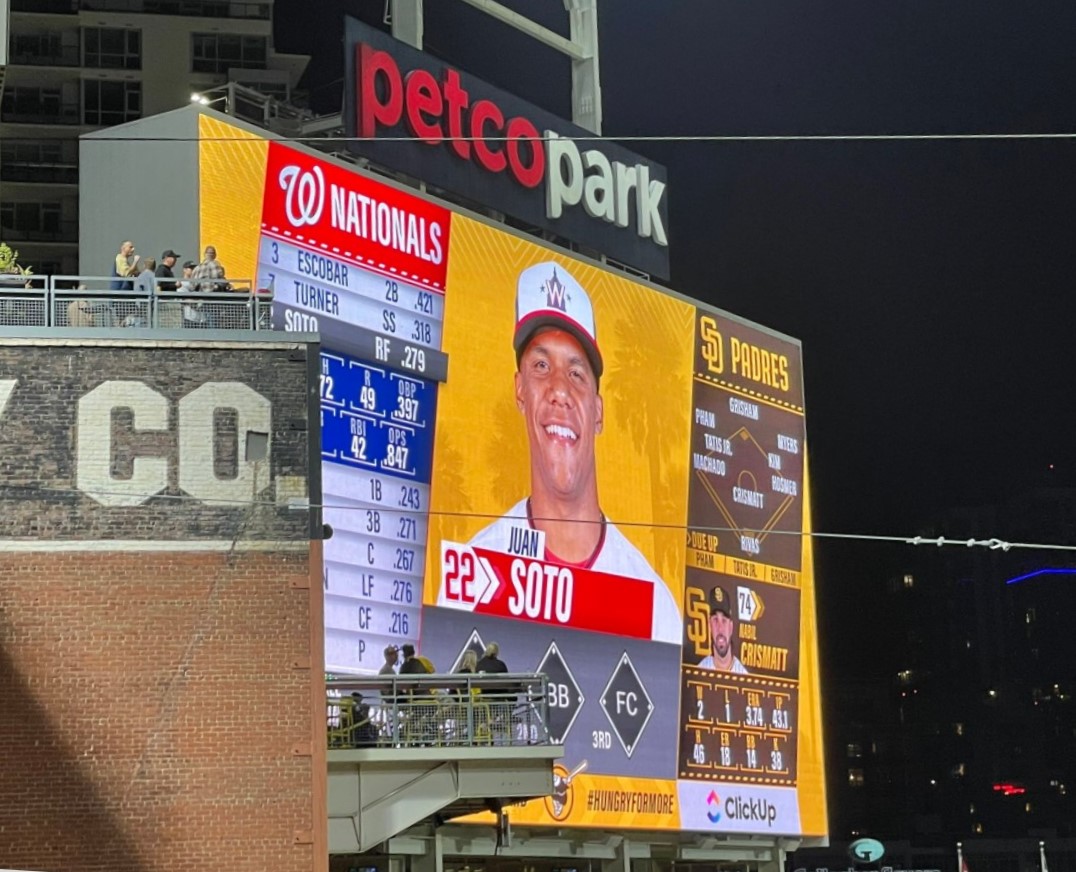 Photo by Randy Lange for TalkNats

The game was 3-0 in an instant when Juan Soto lasered an oppo 3-run homer into Petco’s leftfield seats. It wasn’t a laugher when Patrick Corbin allowed bases loaded in the first inning, and he was saved by some nifty defense to keep the Padres far from being in this game. The offense rolled to a 10-0 lead and Corbin exited with a 10-2 score in the 6th inning, and a final score of 15-5.

“You could just feel the energy in the dugout,” Josh Harrison said.

In one of those baseball rarities in a blowout, reliever Kyle McGowin was an out short of a save per baseball rules because he nearly finished the game while completing 3 innings of work. He gave up more runs than Corbin, and due to pitch count manager Dave Martinez had to bring in Jefry Rodriguez to get the final out of the game — and that proved to be no easy task for JRod who struggled go get the 27th out.

The game went so long that it was Harrison’s birthday in Washington, D.C. as the clock clicked past midnight in the east, and JHay knocked in 3 runs on 3 hits as part of the offensive barrage.

With this win, the Nats improved to 42-43 and stayed in sole possession of second place, just 4.0 games behind the Mets in the NL East.