The formula of success for the Nats equals a Curly W! 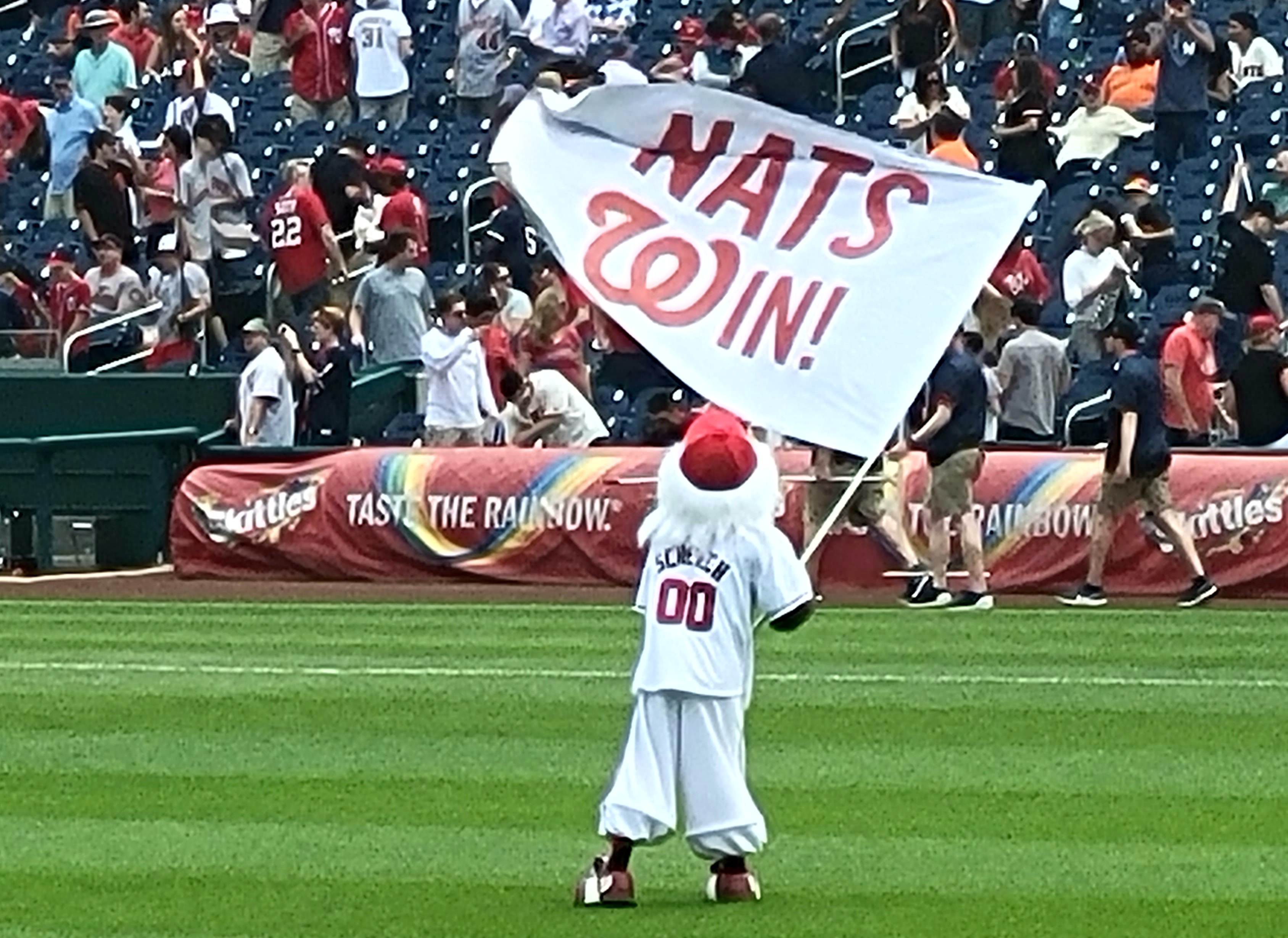 What looked like a blowout turned into a nail-biter in the top of the 8th inning after the score went to 5-4 in favor of the Washington Nationals then closer Brad Hand came in and turned the lights off in a 5-out save. It was Ryan Zimmerman who entered in a double-switch and he put the game away with a 3-run homer in the bottom of the 8th for the final scoring at 8-4. The Nats hit five home runs in this game.

We have spoken many times about getting great starts from the Washington Nationals pitching staff by putting zeroes on the board, and the offense scoring at least five runs of support to notch a win. Mission accomplished. The Nats won on that formula and when the Nats score 5 or more runs in a game this season, they are an incredible 24-6 for a .800 winning percentage. Also, to drill down further, the Nats are 17-7 when they hit multiple home runs in a game, but you can see that is not always as guaranteed as you would think to turn into wins. It worked on this night to beat the Mets and get the Nats within 3.0 games of 1st place.

The stars of this game were Paolo Espino, Kyle Schwarber, Brad Hand and Ryan Zimmerman and a bunch of their teammates. Espino had a 2-0 lead at the end of the 1st inning thanks to the 6th leadoff home run by Schwarber this season followed by a Trea Turner bomb. Of course Schwarber would add another home run, his 15th since June 12, and 24th of this season. Gerardo Parra hit his first home run of the season and that sent the crowd into a frenzy. It was Espino who went 5.0 innings and threw up all zeroes and exited the game with a 4-0 lead.

“Paolo was fantastic … the way he pitched his butt off,” Schwarber said. “I think this biggest thing for me is not missing the pitch and not fouling it off.”

With this win, the Nats once again moved to the .500 mark and gained a full game on the Mets and Phillies and a half game against the idle Braves and Marlins. For those keeping track of the head-to-head games, the Nats have beat the Mets 5 of the 8 games so far this season. The next time the Nats see the Mets will be on August 10th after the trade deadline.