Nats are back to .500 on the strength of Kyle Schwarber’s bat and Joe Ross’ arm! 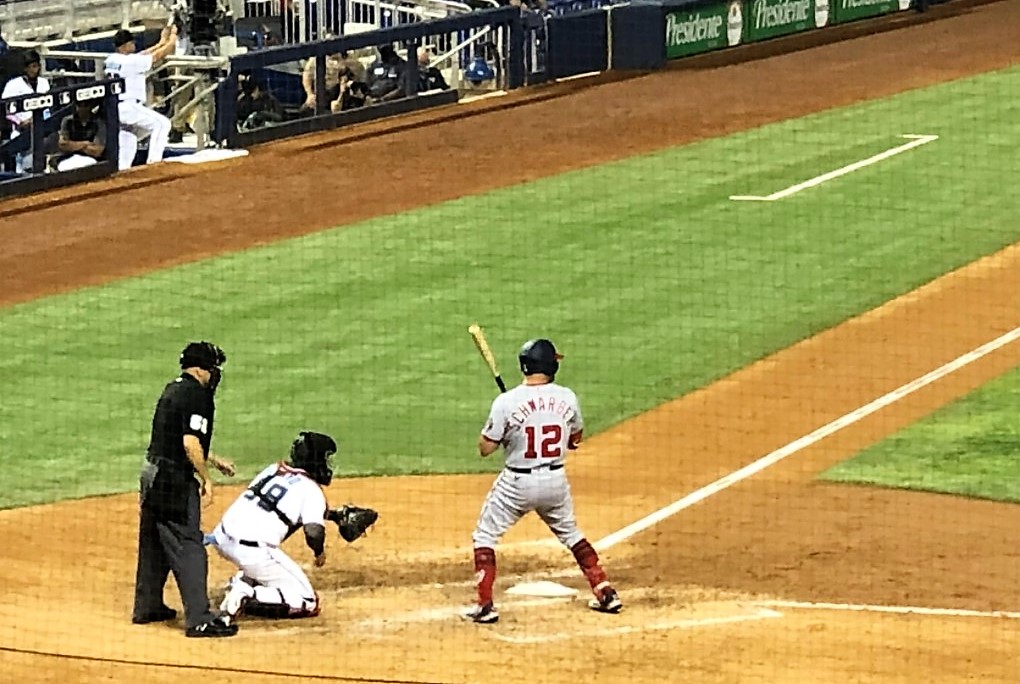 The Washington Nationals took care of business as Joe Ross threw 7.0 innings of shutout baseball in a game they won 7-3 and were powered by two home runs and 4 RBIs from Kyle Schwarber. In the NL East, the Nats moved to within 3 ½ games of 1st place and widened their lead over the teams behind them.

It was also good to see Juan Soto crank two doubles driving in Trea Turner from 1st base twice. The Nats only had 7 hits but they also worked 7 walks in this one, but were a disappointing 1-7 in RISP spots. They really had a chance to score double digits, and left seven runners on-base.

On defense, Yan Gomes continued gunning out would-be base stealers. He shut the Marlins running game down in the 1st inning, and after that, they didn’t try to run on Gomes who now has thrown out 14 runners who attempted to steal.

But the big star was Schwarber who continues to set records for the Nats and the team has now won 10 of 11 and 5 in a row to get back to .500.

Part of the good news on the evening was resting most of the bullpen as only Justin Miller and Wander Suero were used in this one.