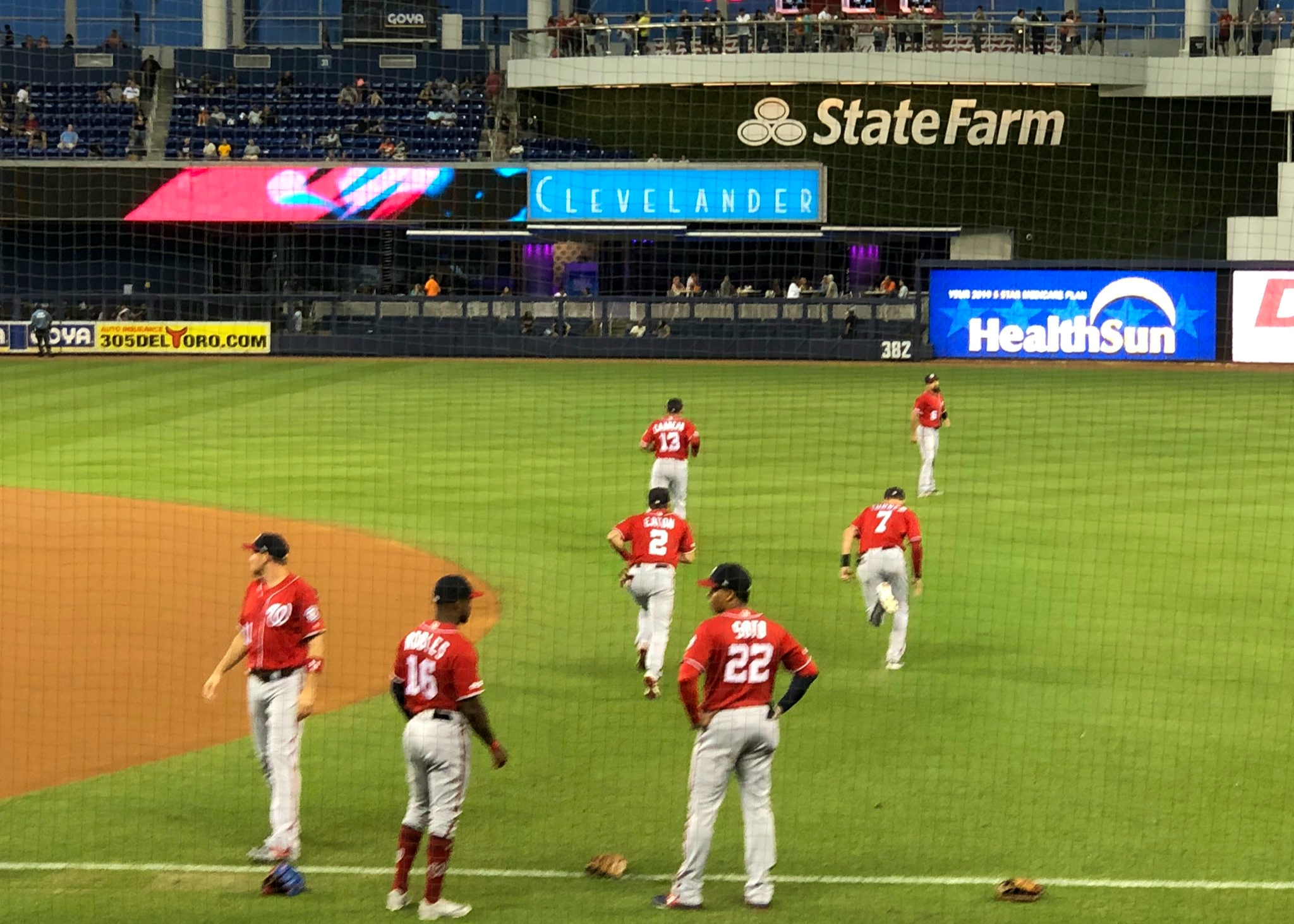 Coming off one of the most improbable wins in recent franchise history, the Nationals are turning the page quickly when making a trip to Miami. That page includes some of the most exhilarating baseball ever played by the Nationals in their 13-12 win over the Phillies Wednesday afternoon. Wednesday’s game saw their win probability drop to as low as 3.8% according to ESPN Stats and Info. As incredible as the game on Wednesday was, the Nationals must leave those memories in the past and look to their next opponent. The Marlins have been playing roughly .500 baseball so far in June. The Nats and Fish have only faced off once so far in 2021: a sweep for the Nationals from April 30 – May 2.

The Miami Marlins are in a very strange situation to say the least. Following their shocking run to the playoffs in 2020, there was something that the team had previously lacked during Derek Jeter’s time as owner: expectations. So far, the Fish have yet to reach those expectations. They have been used as a punching bag for the rest of the NL East so far despite boasting a rather talented roster. The Marlins are operating in the middle to latter stages of their rebuild. They have some foundation veterans and core players. For Miami, though, the majority of their talent is still maturing in the farm system and in the big leagues.

Speaking of the talent present on the roster, it is very clear that they are capable of making some serious noise. Jesus Aguilar is their leader on and off the field. He is their slugging first baseman and someone that the young players look to for advice and whatnot. Behind him, there is Starling Marte, the big piece acquired at the 2020 trade deadline. He has not quite been the same difference maker that he was in Pittsburgh, but he can still rake and should not be taken lightly. Adam Duvall is a three true outcome hitter, but has been very productive for them this season, hitting 16 dingers.

When talking about the Marlins, their young talent is the thing most will point to as a reason for high hopes in South Beach. There is their rookie sensation, Jazz Chisholm. Chisholm has been amazing, both on and off the field. His charismatic, joyous style of play is something that even opposing fans can appreciate. Not only that, but his slash line of .253/.319/.426 is more than respectable for a rookie. Behind him in the minor leagues is JJ Bleday, Jesus Sanchez (currently on the MLB roster), Max Meyer, and most importantly, Sixto Sanchez. Miami got a taste for what Sanchez could be when they let him pitch in some big games last season. The Marlins decided to put him in AAA to start the year and an injury hurt his case considerably.

As far as pitching is concerned, this is where they have a very youth-oriented approach. The Marlins are allowing for their young pitchers to get boatloads of innings in the rotation and bullpen in order to expedite their development. Guys like Trevor Rodgers, another rookie, Sandy Alcantara, and Pablo López all look lik long term solutions in the rotation. Furthermore, the Marlins have a lot of young, inexperienced pitchers who they are allowing to get innings for them, and they are having a relative amount of success.

Nats on a Roll:

All any fans can say when discussing the Nationals’ recent success is “finally”. The team has finally broken out and played to its full potential. With the return of Max Scherzer, the torrid past few weeks of Kyle Schwarber, and stellar pitching all around, the Nationals are soaring as everyone thought they would.

One of the defining things in 2019 was the grit and toughness that the team displayed. That has not been present for the majority of the season to this point. In the past few weeks as the Nats have gone on their run, those same traits have been on display. They lost Scherzer just one out into his start against the Giants. So what? Next man up. They were getting hammered in Philly Wednesday afternoon? Just battle back and win the game. Grit and toughness like that is where the Nats have really impressed fans.

On the offensive side of the ball, it has been an up and down year to this point. However, it seems like Juan Soto has found some sort of rhythm. Ironically, it appears as though he has exclusively done his damage on the road. Maybe the Nats should wear gray on the next homestand to assist Soto in equalizing his home/road splits. Josh Bell hit one of the most important home runs so far this season. He lifted a grand slam in the 6th inning Wednesday to make the score 11-9. As Davey Martinez said, “To me, that was the moment right now where I told myself: That made him a National right there. That really made him a National.”

As the Nationals make their first appearance at the newly named loanDepot Park in 2021. The Nats carry with them a 9-1 record in their past 10 outings. The Nats have proven that they can do it while they are hurting both physically and emotionally. Now comes the easy part: winning when healthy. The Nats will need to continue that as they have a very difficult schedule prior to the All Star Break. A one game outing against the Mets Monday, then they face the Rays, Dodgers, Padres, and Giants to close out the 1st half. All of those teams are either leading their division or within striking distance of the division lead. While it might be cliche for Nats fans to hear this, the Nats must go 1-0 each and every day. This series will be huge for the Nats as the upcoming schedule is not going to be kind to them, and they must pick up the wins when available.

The Nats have no history facing Poteet in the regular season. They did face him in Spring Training. 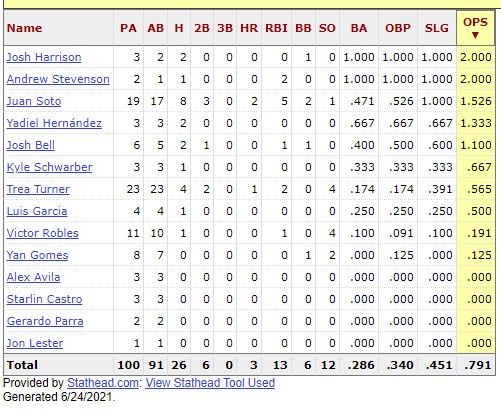 The Nats have no history facing Thompson in the regular season. They did face him in Spring Training. 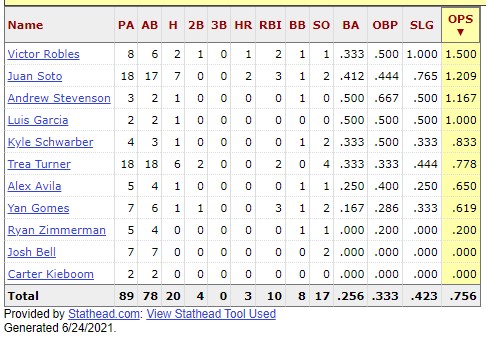