Game #70 has the Nats in Philly with Max Scherzer’s return to the mound! 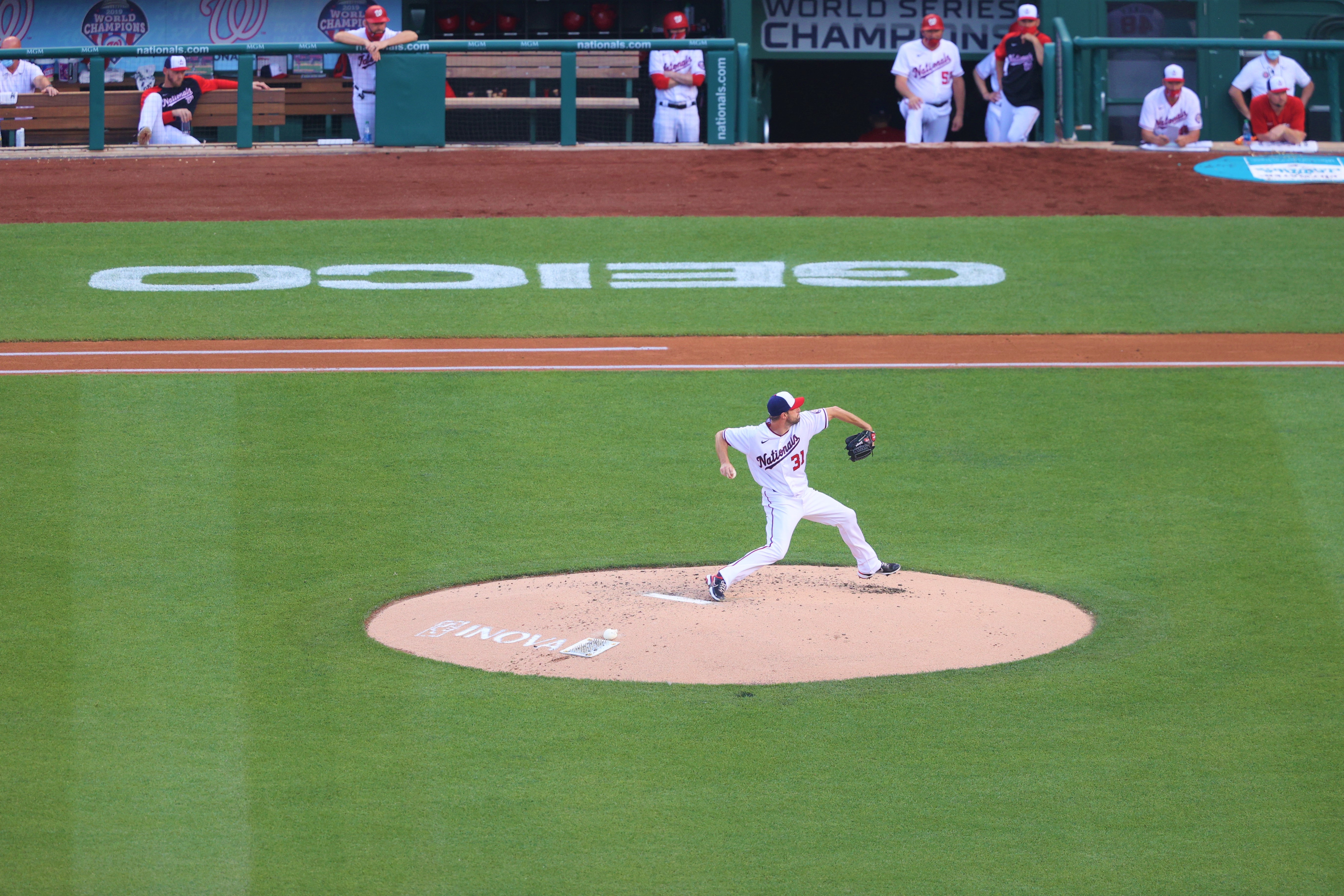 With his 10-days on the injured list served, Max Scherzer returns to the mound tonight for the Washington Nationals. After he hurt his groin, the 3-time Cy Young star pitcher for the Nats, had to go on the IL and get better. He is having one of the best seasons of his career, and will pitch in Philadelphia which happens to be one of his favorite stadiums to pitch in, as he has a 6-1 record there with a 2.45 career ERA and a 0.898 WHIP.

If Scherzer can rack up 12 strikeouts in this game, he will reach 2,900 for his career as he nears 3,000 and one of the most elite clubs in MLB.  At his current pace, Scherzer would reach 3,000 K’s in his 13th start of the season. That should happen at the end of August.

The Phillies send one of their best pitchers to face Scherzer tonight. The righty Zack Wheeler is their scheduled starter in this 2-game series. 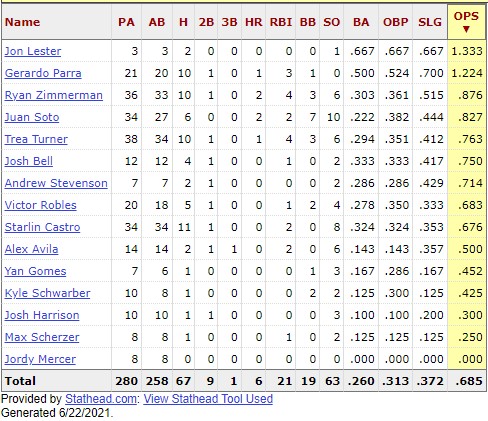 If Nats’ manager decides to start Gerardo Parra tonight in the outfield, do you think Parra could replicate that slash line against Wheeler in this game? These Nats players have faced Wheeler many times because of all of his years in the NL East.

This is the first game back for these teams with the new rules on allowing the umpires to search for pitchers using foreign substances that began yesterday.

The Nats corresponding move to add Scherzer back to the roster was placing reliever Kyle Finnegan on the 10-day IL retroactive to yesterday. The injury reportedly happened during his appearance on Sunday. The team is now missing Finnegan, Daniel Hudson, Will Harris, and Luis Avilan from the bullpen. On the Phillies side, they have a few new additions to their IL with  Jean Segura, Matt Joyce, and Andrew Knapp to the IL.

Considering most of the Phillies injured players are bench types except Segura, it is the Nats who normally would be pitching Stephen Strasburg tomorrow, and boasting an even better bullpen and the current players will have to dig deep for their team until they can get those injured pitchers back.