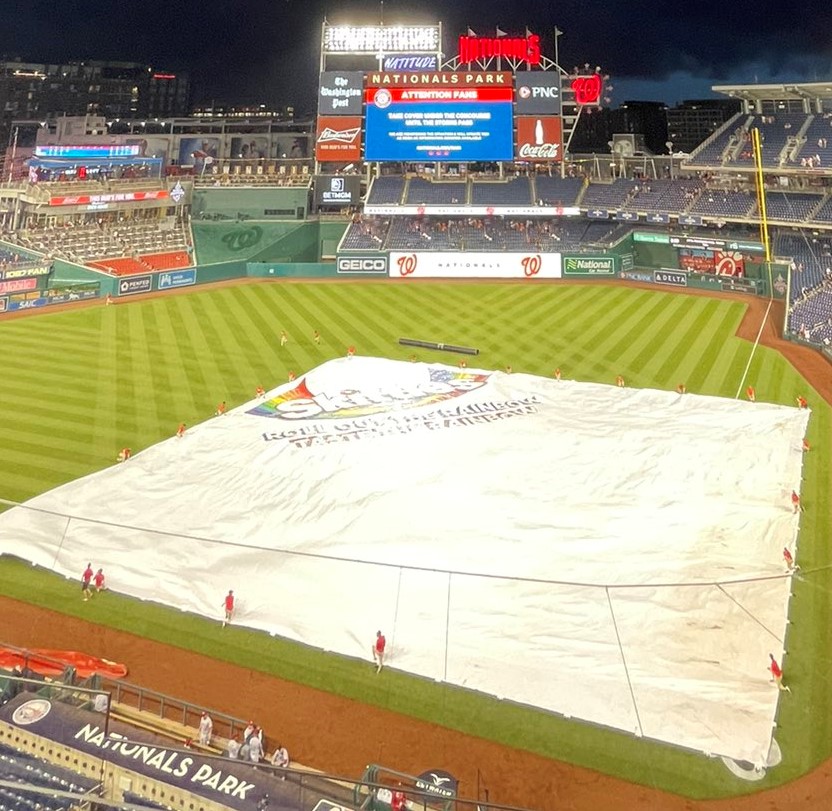 Another day at Nationals Park with the Skittles tarp on the field. When the game will start is very much an unknown at this point. After a very late night for the Washington Nationals traveling back from the Tampa area, it might be nice for the players to relax a little bit longer since the Nats did not get into their DC homes until well after 4 am.

Both the Giants and Nats had 11-inning games last night, but the Giants lost and had an early game in Texas and arrived at Dulles Airport nearly 5 hours earlier than the team that calls Washington, D.C. their home. How many times have we seen teams schedule night games on getaway days? The funny part was Ryan Zimmerman thought today’s game was a 1 pm game, and he was none too happy about that. Zim’s must have read the schedule incorrectly or was looking at Hawaiian time.

The Nats have Max Scherzer going tonight if the game is played. The weather report looks like their might be a window to get this game in.

Manager Dave Martinez went with one of his most analytical lineups based on the starting pitcher, Anthony DeSclafani who many of these players know from his time with the Mets. 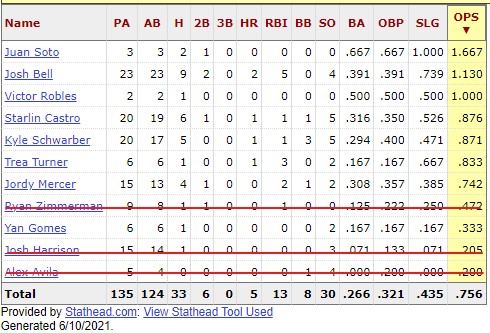 Because the bullpen aces pitched in two innings last night, it is an unknown who will pitch the end of this game if Scherzer doesn’t pitch a complete game. Daniel Hudson and Brad Hand pitched 31 and 44 pitches respectively.