Nats Head to Philly Looking to Switch Places in the Standings! 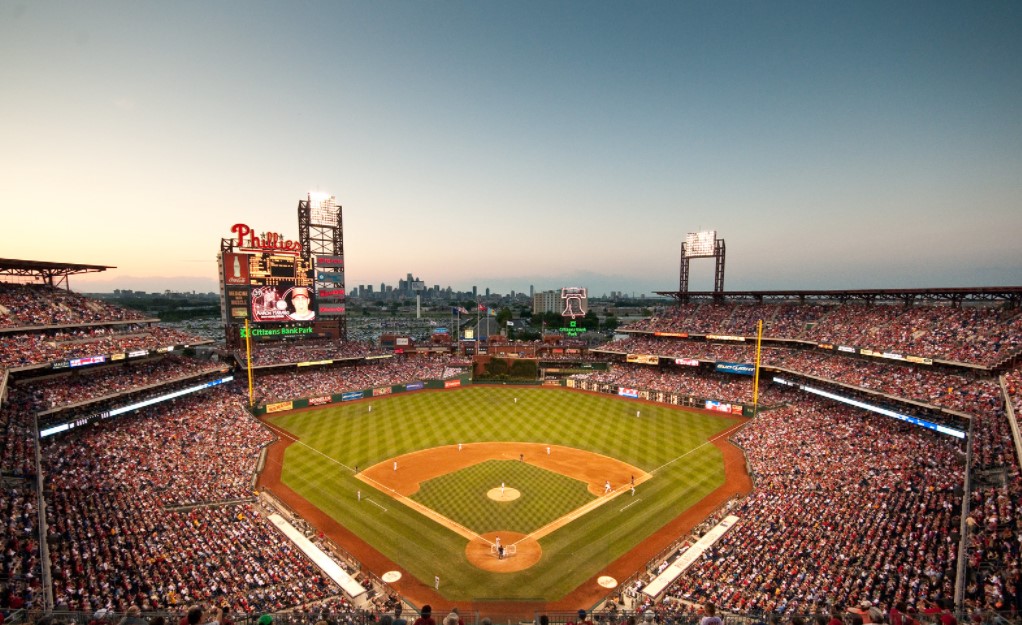 As the Washington Nationals boarded their charter plane from Atlanta to Philadelphia which was delayed a few hours due to inclement weather, there should be a feeling that had not been present for a little while: confidence. Confidence that the team could hold its own despite all the factors that would allow them to shrivel up and die. After taking two out of four against the rival Braves, the Nats are looking to continue to improve their record against their division. Everyone within the organization knew how massive of a road trip this is for the season’s trajectory and any hope of getting back into this race. Exactly a month and a day ago, the Nats were in first place, and now fighting to stay relevant. If the team falters, they might emerge as sellers at the trade deadline. If they thrive, the Nats could be trying to acquire assets. They head to The City of Brotherly Love for a set against the rival Phillies.

The Phillies have been beleaguered recently, losing Bryce Harper to the IL after a lengthy and well-publicized slump, although Harper would be eligible to come off of the IL for this series. Will he? Who knows. Additionally, Didi Gregorius has been out, and the team was forced to rely on some of their young players like Nick Maton and Alec Bohm to carry the load. Speaking of Bohm, for as sensational as he was during the 2020 season, he has regressed. He is barely hitting above the .200 mark with many of his power numbers down considerably. The Phils still have their stalwarts like Rhys Hoskins, who has heated up lately, and J.T. Realmuto, and Andrew McCutchen is trying to get some consistency together. After his sabbatical on the MLB’s Restricted List, Odubel Herrera is back up to his old tricks, regaining his centerfield spot and being a very consistent hitter for the Phils. He seemingly always crushes Nats pitching in particular, as he owns a career slash line of .265/.340/.423 against the Nats.

The Phillies will have some of their better pitchers going against the Nats. In order, they have Zack Wheeler (4-2, 2.52 ERA)

Those are the projected pitchers who are slated to start this weekend. Starting with Wheeler, he has been one of their best pitchers this season, next to fellow ace Aaron Nola. Wheeler is proving to the Phillies that he is worth every penny of that large contract he signed in the 2020 offseason. Spencer Howard is a new face to this rivalry. He is making a start Saturday because of a postponement earlier in the week. He has never gone more than 4.1 innings in a single start.  Then there is Velasquez, who mixes in nasty breaking stuff with an electric, mid to upper 90s heater. The Phils have a formidable bullpen as well, making drastic improvements from 2020 which saw them own one of the worst bullpens in MLB history. Hector Neris is back to his usual tricks as their closer, but Sam Coonrod and Jose Alvarado are both formidable foes for the Nats this weekend.

The biggest storyline for the 2021 Nationals has been their inability to capture momentum for long periods of time. Their longest winning streak is only four games, and they have yet to go on a prolonged stretch of wins. Looking at the other side of the coin, they have avoided going on some skids, and have stayed afloat in the NL East. Nonetheless, the Nats must figure out a way to string together some victories and capitalize on opportunities. The team has a more difficult upcoming series against the surging Tampa Bay Rays. The Nats must take these more winnable games when available.

Not only is the team beginning to win games with more regularity, the players have started to pick things up. Kyle Schwarber and Josh Bell, two of the most notable acquisitions for the club in the offseason as well as the most infamous struggling hitters early in the year following their trips to the Covid-19 IL. They are hitting .238 and .208, respectively. Those numbers aren’t necessarily great considering they are hitting in the middle of the lineup, but they are up from earlier in the season, so both are on an upwards trajectory of late. The new question will be, how is Schwarber’s knee that he hurt in Atlanta?

Juan Soto has been, surprisingly, in the midst of a struggle entering this road trip, but caught fire in Atlanta even though his game today looked like the Soto of last week. There has been a lot of conversations among fans, media members, and coaches on the Nationals’ staff about getting Soto to elevate the ball more and focus on launch angle. That is much easier said than done, obviously. Soto has appeared to have turned a corner in Atlanta. He swatted two home runs and picking up six RBI against the Braves. Furthermore, Soto hits very well at Citizens Bank Park in his career. He enters the series with career numbers of 10 home runs, 25 RBI, and a slash line of .321/.426/.756.

This three game set should play out in a rather entertaining manner. The Nationals, if nothing else, have the advantage when it comes to momentum you would hope even though they fell flat today in the finale in Atlanta. The Nats have Max Scherzer on the mound and his energy for the opener on Friday night. The Phillies, however, have the advantage in terms of rest. Due to a postponement Wednesday, their last game was Tuesday in Cincinnati. For the Nats, they should hope to take no less than two out of three on the road with some real question marks on who pitches for the Nats on Sunday.

Dave Martinez‘s team is realistically trying to make a case to ownership that this team is capable of winning. As the Nats make their first venture to Philly on the year, they will be trying to send their rivals into a tailspin in their own ballpark, and right their own ship in order to reach their desired destination.