Where do the #Nats go from here? 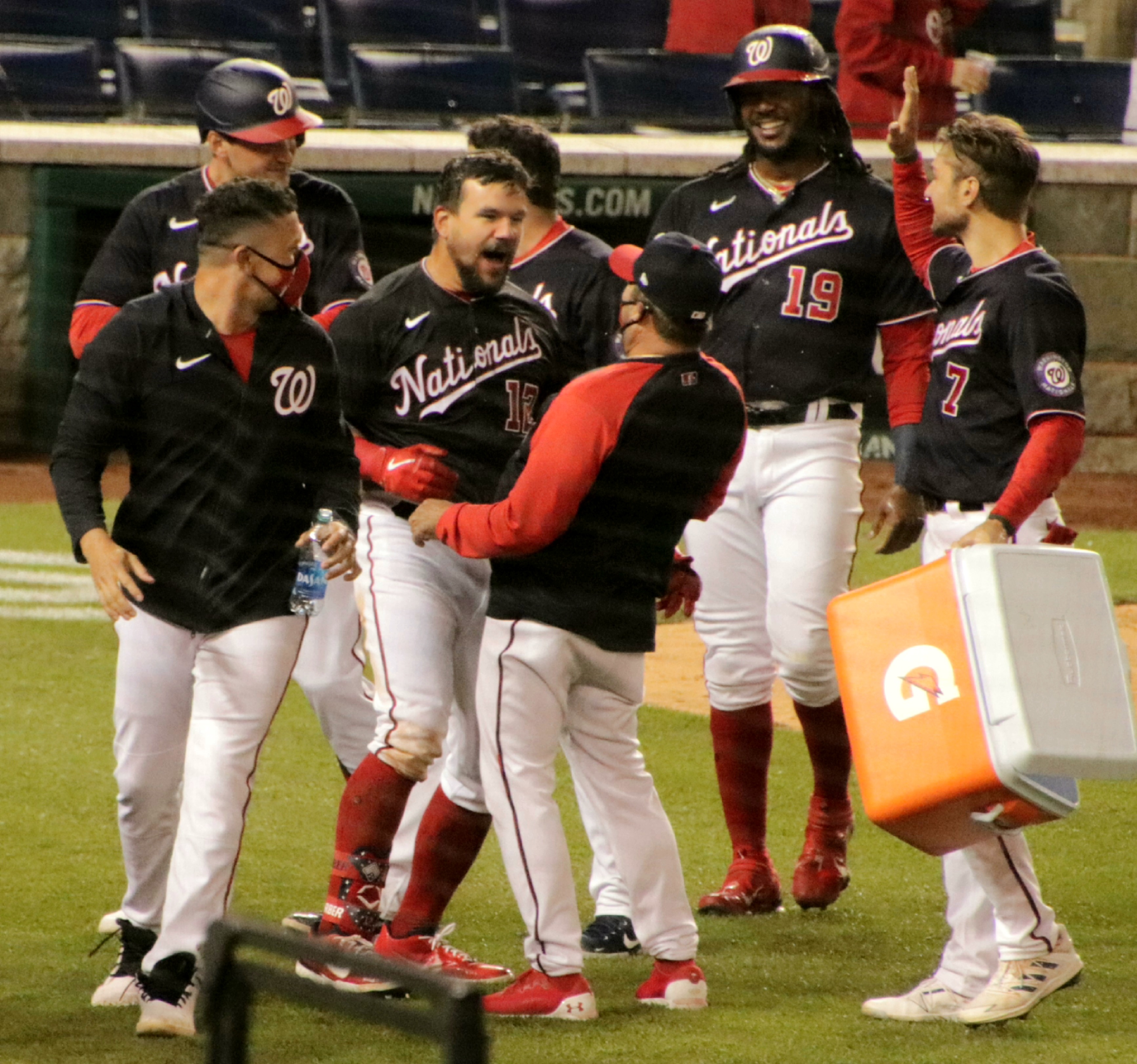 There was optimism at the end of April into the start of May when the Washington Nationals were in first place from May 1st to May 3rd. The starting pitching had been on point from April 28th until this current turn in the rotation that included failures by Joe Ross and Jon Lester. Finally, manager Dave Martinez showed a quick hook yesterday with Corbin at 5.0 innings in a tie game at 3-3, then the relievers gave up 3-runs in three innings and the offense shut off. It is a pattern of the lack of team balance, and seemingly waving the white flag too early that has pushed the Nats to a season’s worst at 6.0 games under .500 at 16-22.

Nobody wants to see the Nats match where they were in mid-May of 2019 at 16-23, but the same type of lack of balance plagued that team also at that same point. But maybe we need to look at the lack of urgency that we have seen as a root cause. Last night, Martinez did have the quick hook and kept his team in the game until reliever Will Harris blew it after a lead-off walk and a two-run homer. The Nats mounted a chance to get back into it but couldn’t come up with the big hit with the go-ahead run in the batter’s box. That’s the balance of this game. The pitching was not awful yesterday, but it also wasn’t good.

In the last 18-games, the pitching had held opponents to a .219 batting average, and the team ERA was 3.63. The starting pitching ERA in that span was 3.51 and that included the blowup by Ross of 8-runs on Saturday. A case and point of leaving a pitcher with nothing in the game too long. That seemed like one of those waving of the white flag days.

So where does the team go from here? Well, they have Max Scherzer on the hill tonight. He is the same guy who beat the Dodgers at this point in that 2019 season. See, the Nats were 15-23 coming into that game, and Scherzer improved them to 16-23. His team desperately needs a win tonight.

Scherzer has been incredible this season if you remove his two worse starts his ERA is 1.12. Overall, it is pretty darn good at 2.10, and the team is 5-3 in Scherzer’s starts this year. In the month of May, his ERA is 0.84 with a .127 batting average against.

In one-run games this season, the offense has scored an average of 2.6 runs per game. That is it. The value of scoring that extra run is huge. The value of analytics to matchup better, and create lineups that can’t be thwarted by bullpens has been a huge problem. Part of the issue is the players who seem to wilt late in games. Alex Avila for instance is batting .000 from the 7th inning on and it is not much better for his counterpart, Yan Gomes, who is batting .172. But in large sample sizes, Josh Bell who came through and awarded a hit last night (ball bobbled by the fielder) as a pinch hitter is batting only .118 from the 7th inning on. Bell is a middle of the order bat, and maybe he was more focused as a pinch-hitter than as a starter.

When the Nats’ manager said after Joe Ross’ start that he did not want to tax his bullpen, the truth is the Nats bullpen has only pitched 127 innings this year which is the least of any team except the Mets who have played the fewest games. The Nats bullpen has had the least amount of Hi Lev spots. So why not show more urgency with starters to have the quicker hook? The Nationals bullpen ranks as the 14th best in terms of ERA, and if you prefer WHIP to analyze your bullpen the Nats are 10th best at 1.24.

Tonight would be a good night for the team to get back on the winning track and notch up the urgency level now.