Nats shutout the D’Backs behind a Fedde gem! 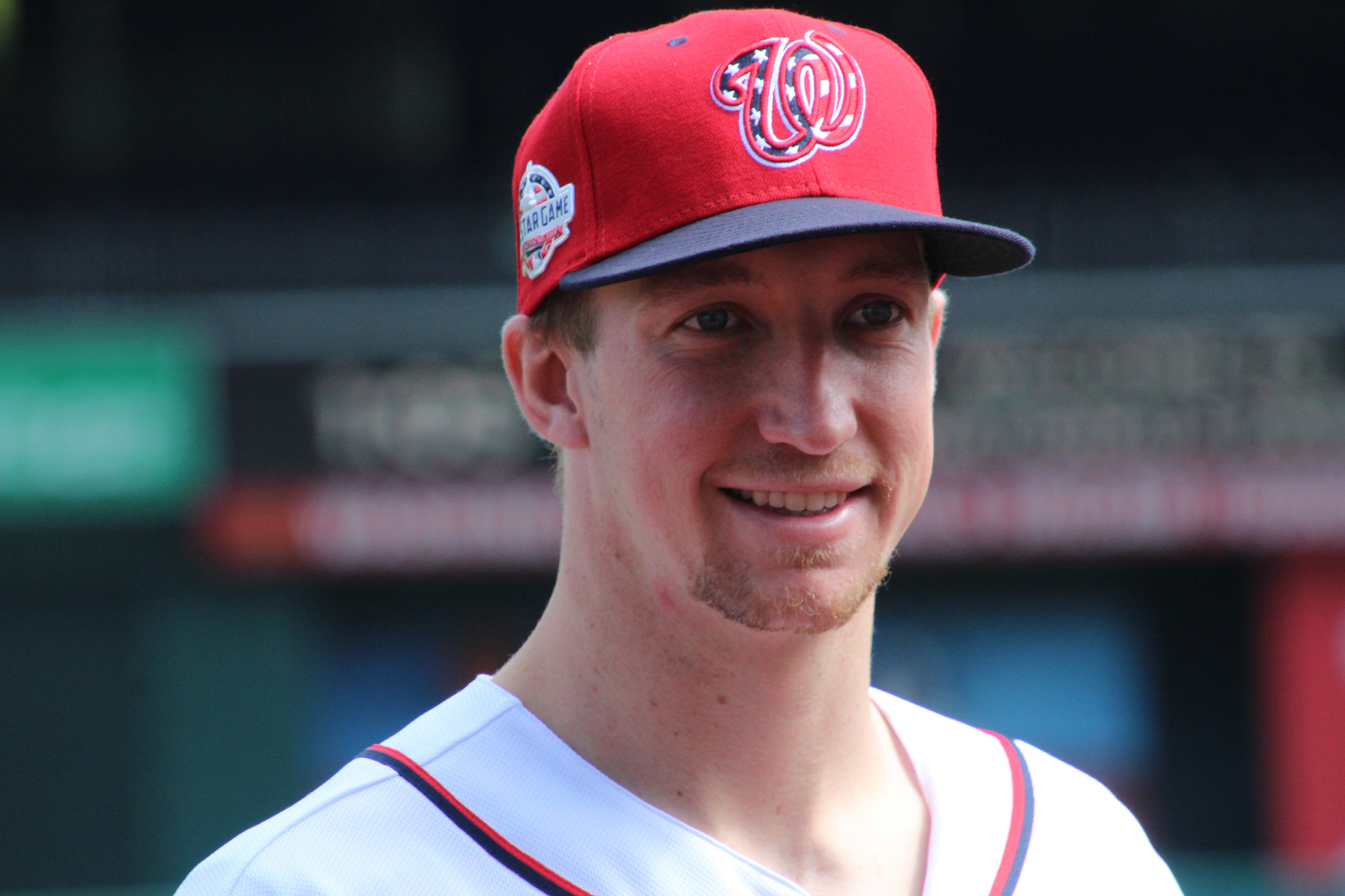 The Washington Nationals needed Erick Fedde to pitch well, and he did better than well with a 7.0 inning gem with only giving up 3 hits and no runs. The Nats win this one 3-0 and head on a happy flight to Chicago.

It took an 8th inning pinch-hit home run from Yadiel Hernandez to put the Nats up, and Daniel Hudson and Brad Hand out of the bullpen secured the win.

In this one, Fedde got 8 swings and miss strikes with 12 groundball outs including a huge groundball doubleplay in the 7th inning. Manager Dave Martinez told Fedde to compete today and prove that he belongs as the team will have a tough decision with reseeding the rotation with Strasburg coming back, and Fedde stepped up.

“Make my decision tough. That’s what I want him to go out there and do,” Martinez said during the pre-game media session. “Either way, he knows how important he is to us, whether he starts again or he goes in the bullpen. I’ve really liked what he’s done.”

With this gem, Fedde did his part, but was it enough?

“Definitely. I mean, he threw the ball well,” Martinez said after the game. “I think that’s probably the best I’ve seen him throw.”

From April 28th through today, Nats pitchers have held the opponents to a batting average under Mendoza at .198 with a starter’s ERA of 3.14 and a staff ERA of 3.22.

Trea Turner was on-base three of his four at-bats with hits to raise his season’s batting average to .329 which is near the top of the NL. Unfortunately, Turner was stranded on-base each time, but he did knock in the second run of the game. Kyle Schwarber knocked in the final run as part of his tw0-hit game. The Nats had eight hits and two walks, and early on had bases loaded but came up empty. But the great pitching kept the Nats in the game until Hernandez came through.

It was also great to see Brad Hand come through with his fourth save of the season after he has struggled recently. After Hand tallied the first two outs in the ninth inning, he locked in with his fastball and slider with a filthy swing and miss strikeout to end the game.

As mentioned, the Nats will head to Chicago shortly for a four-game series against the Cubs. The Nats will have their rotation continue in Chicago in the current ordering with:

Having the rotation in Chicago set, it will be either Fedde or Stephen Strasburg going on Friday in the start to begin the weekend series against the Orioles at Nats Park.

The Nats have now won another series and won three of their last four games. In the standings, they picked up a full game on the Mets, Phillies, and the Braves.