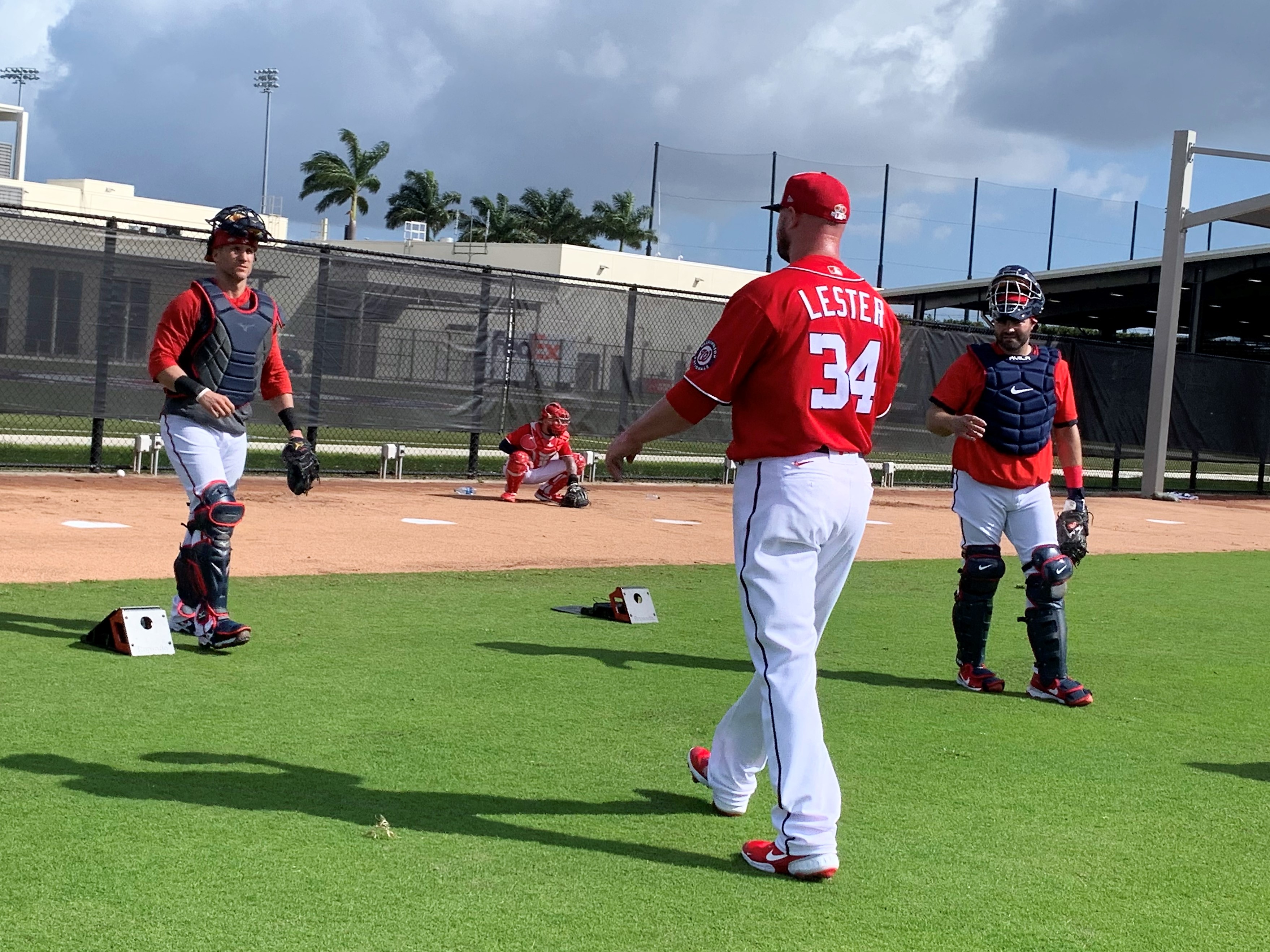 How do these losing streaks start? The Washington Nationals were flying high a week ago at this time, and since then they are mired in a 3-game losing streak and have lost 6 of their last 7 games. The team is now 13-18 on the season, and the strangest stat is that they are 6-15 when Juan Soto appears in a game, and 7-3 without Soto. Try to explain how that rationally makes any sense. The only consistent hitters on the team right now are Starlin Castro, Trea Turner and Juan Soto.

In the last couple of weeks, solid performers like Josh Harrison and Yadiel Hernandez have both been exposed. Their numbers have plummeted. Harrison in the last week is batting .115, and Hernandez is batting .154. If you did not think things could get worse for Josh Bell, they did. He is batting .095 this week with just one walk and a K rate of 40.9%.

“The swings and misses are tough. I think in years past, those were way down,” Bell said. “As of right now, with two strikes, got to at least give myself a chance to put the ball in play and keep things rolling. … I’m not going to stop searching until I’m really producing. As of right now, as of that last at-bat that I had left-handed, I felt like I was in a really good place to drive the baseball, finally getting swings off on balls down and in. Seems like the last couple weeks I’ve been taking those pitches. I feel like I’m climbing, even though the batting average is dropping.”

Manager Dave Martinez is feeling the heat for some questionable lineup formations as well as bullpen choices. Of course even a World Series winning manager will be doubted during a losing streak. It comes with the territory. For now, he is, publicly, sticking with Bell.

“You kind of want to be patient, and then he gets up there and gets a strike and he tries to be a little too aggressive,” Martinez said of Bell. “We need him. He’s a big part of our lineup. I’m not going to give up on him. We know that, in the past, he’s been streaky. And when he starts to hit, starts getting it, he could carry us for a while.”

Overall, Bell is batting .134. From the right side, he is just 1-16, and batting him righty in a key spot when you have Jordy Mercer on the bench is questionable managing. We have seen this twice in the last week that Martinez stuck with Bell in a close game with a lefty reliever on the mound. Any smart manager knows that you won’t pitch to Soto if you have Bell up next. Last night in the 7th inning, Bell struck-out with bases loaded in a 3-2 game. This is becoming the new norm.

While we understand Ryan Zimmerman should not be playing daily, you need a spark on this team. The team is 4-8 in Zim starts, so that does not give much credence to thinking he is the answer. Zim has been great coming off of the bench. He is now batting .333 as a pinch-hitter.

With all of that said, both Bell and Harrison will be sitting today. The lineup will have a very new look with Andrew Stevenson leading off. The Nats will face Zack Wheeler today for the Phillies, and the Nats will have Jon Lester on the mound. He has had some ownage on the Phillies over the years with an 8-1 record and a combined ERA of 1.92.

The two players tied for third place in NL WAR happens to be Turner for the Nats and J.T. Realmuto for the Phillies. In last night’s game, Realmuto took a foul ball off of the top of his knee while he was catching. He is day to day with a contusion.

As we reported earlier, Wander Suero will be activated today, and the team will have to make a corresponding move to open a spot for Suero. Since injuring his oblique, Suero has been out of action for 24 days.

Source: Wander Suero will be activated off of the 10-day IL today for the #Nats