Kyle Schwarber hits a BOMB for the Walk-off in a 1-0 game!

Behind Max Scherzer’s 7.0 inning gem, the Nats offense could not push across a run until the 9th inning in this 0-0 game when Kyle Schwarber unloaded on an 87.8 mph fastball on the inside of the plate that Schwarber turned on and sent into the upper deck concourse above section 238 in rightfield for the dramatic walk-off.

Schwarber’s game winning home run ball traveled at least 463 feet into the dark sky and left Schwarber’s bat at 111.9 mph. Of course that was Schwarber’s first home run with his new team.

“I thought it was just a matter of time before we’d be able to score a run or two,” manager Davey Martinez said. “We just had to stay in the ballgame.”

The Nats improved to 3-2 with their “A” lineup and 4-7 for the season. That was the second walk-off of the season for the Nats which included Juan Soto’s walk-off single on Opening Day.

“I wasn’t trying in that spot to hit a homer,” Schwarber said. “I was just trying to put in a quality at-bat, get the barrel on the ball, and that was the result.”

Much credit to Scherzer who pitched a gem and had 10 strikeouts while only giving up 2 hits in the game. Max passed Cy Young on the career strikeout list and now is 192 K’s away from 3,000 for his career.

Because Scherzer went so deep into this game, Martinez was able to go to the back of his bullpen and use Daniel Hudson for the 8th inning and Brad Hand for the 9th. Both threw zeros and Hand was credited with the win. 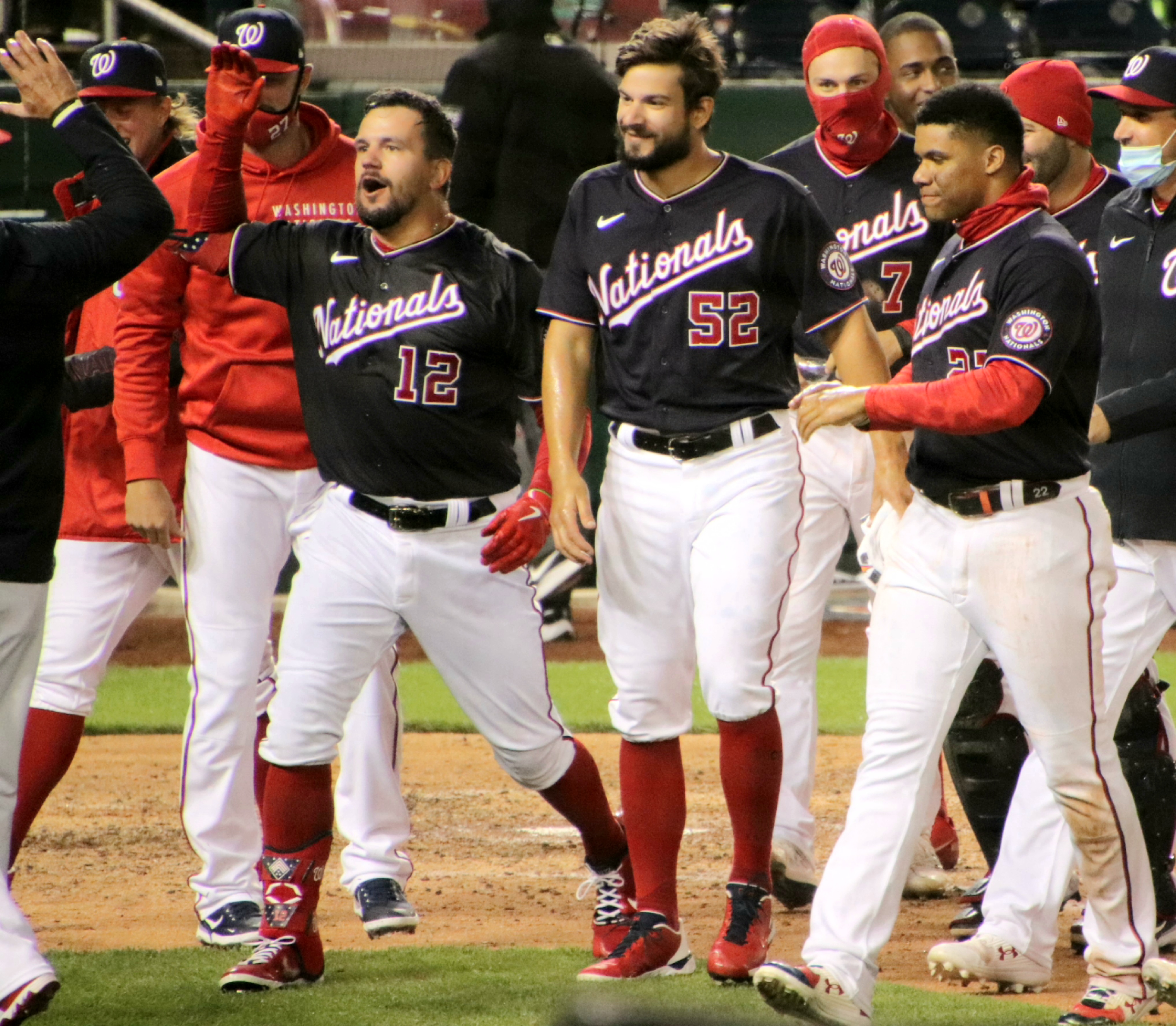