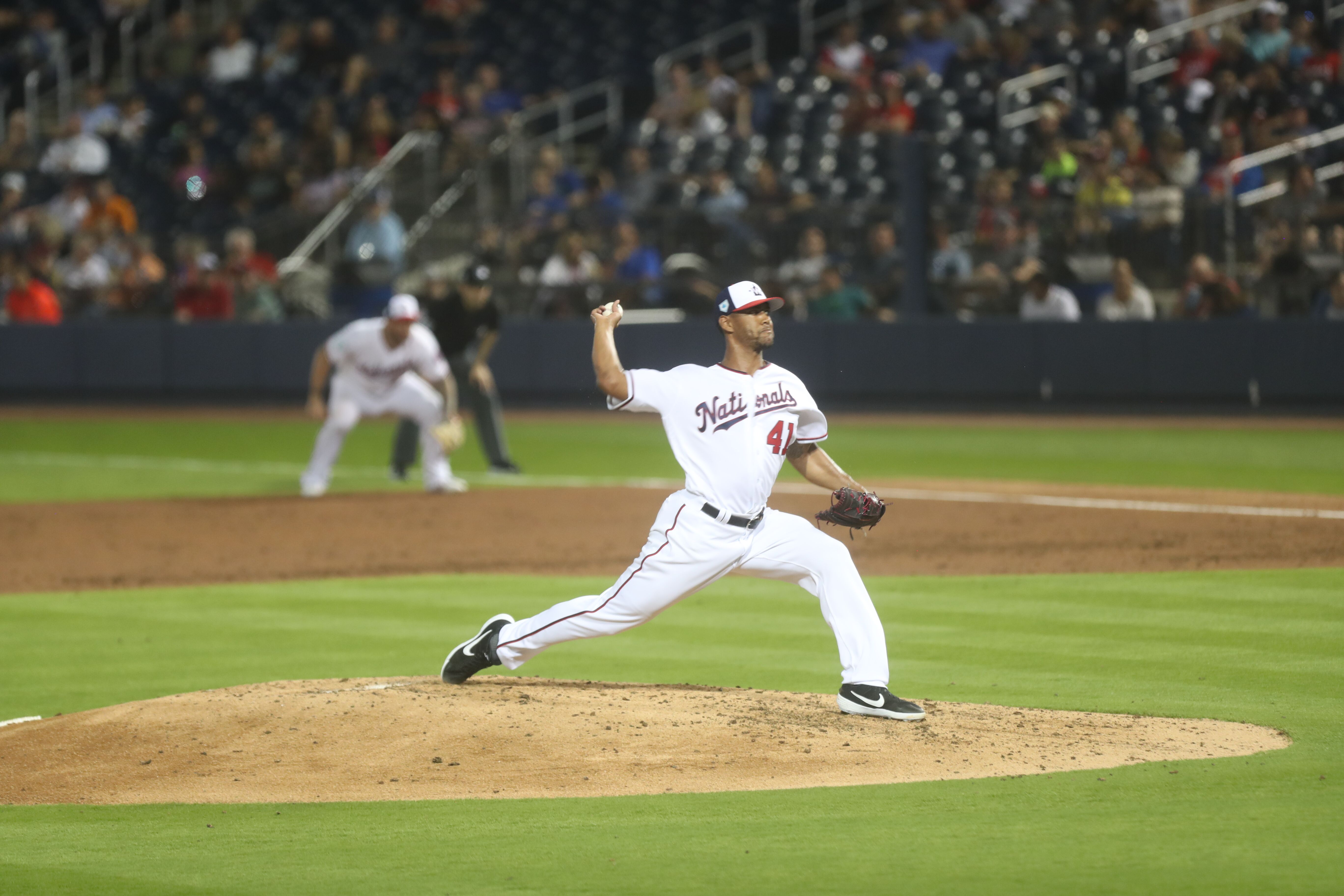 The Washington Nationals pitching staff combined for a 6-0 shutout win and more importantly a series win. After last night’s blowout loss, the team showed up this afternoon and dominated in all facets of the game except for baserunning. Joe Ross threw a 6.0 inning gem to add to the 5.0 innings of dominance in Los Angeles to give him 11.0 innings of shutout baseball.

“Once you kind of find a groove, stick with my game plan,” Ross said. “Going hard in is always comfortable with me.”

While the score says the team only needed Ryan Zimmerman‘s 2-run home run, there were tentative moments throughout the game until the score ratcheted up to six. The Nats earned 7 walks (1 intentional) and 9 hits, and Josh Harrison was on-base 4 of 5 times today. The new look lineup was more effective as the top-3 batters scored 4 of the 6 runs. Both Trea Turner and Juan Soto added two hits each and Trea was on-base three times.

For Soto, he took back the team RBI lead with 7 ribeyes. He could have had another RBI but the official scorer did not give Soto credit for driving in Turner on a single because the Cardinals’ centerfielder overran the ball and was assessed an error. The scoring could be changed to give Soto 8 RBIs. 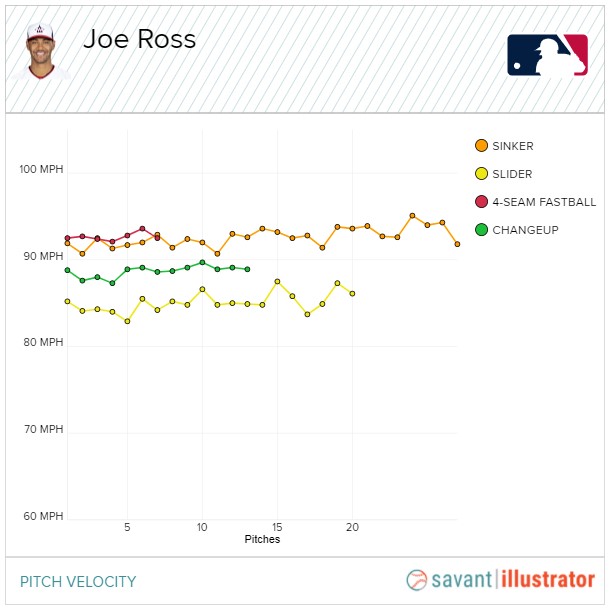 Much of the story today was how Ross shutdown the Cardinals, and he was even stronger today in velo than he was in his first start. As mentioned, he ditched the curveball but still seems to throw two speeds on his slider for some swing and misses. He touched 95 mph on the sinker today.

“He pounded the strike zone,” manager Dave Martinez said. “His sinker was really really good today. His two-seamer was working really well. He was throwing it on both sides of the plate. His slider was very effective.”

The Nats will hop on their Delta charter flight for a “happy flight” back to D.C. for a nice homestand that begins with a 4-game series against the Diamondbacks tomorrow.