Game #16 has Nats and Astros once again; Will Harris could be headed to the IL! 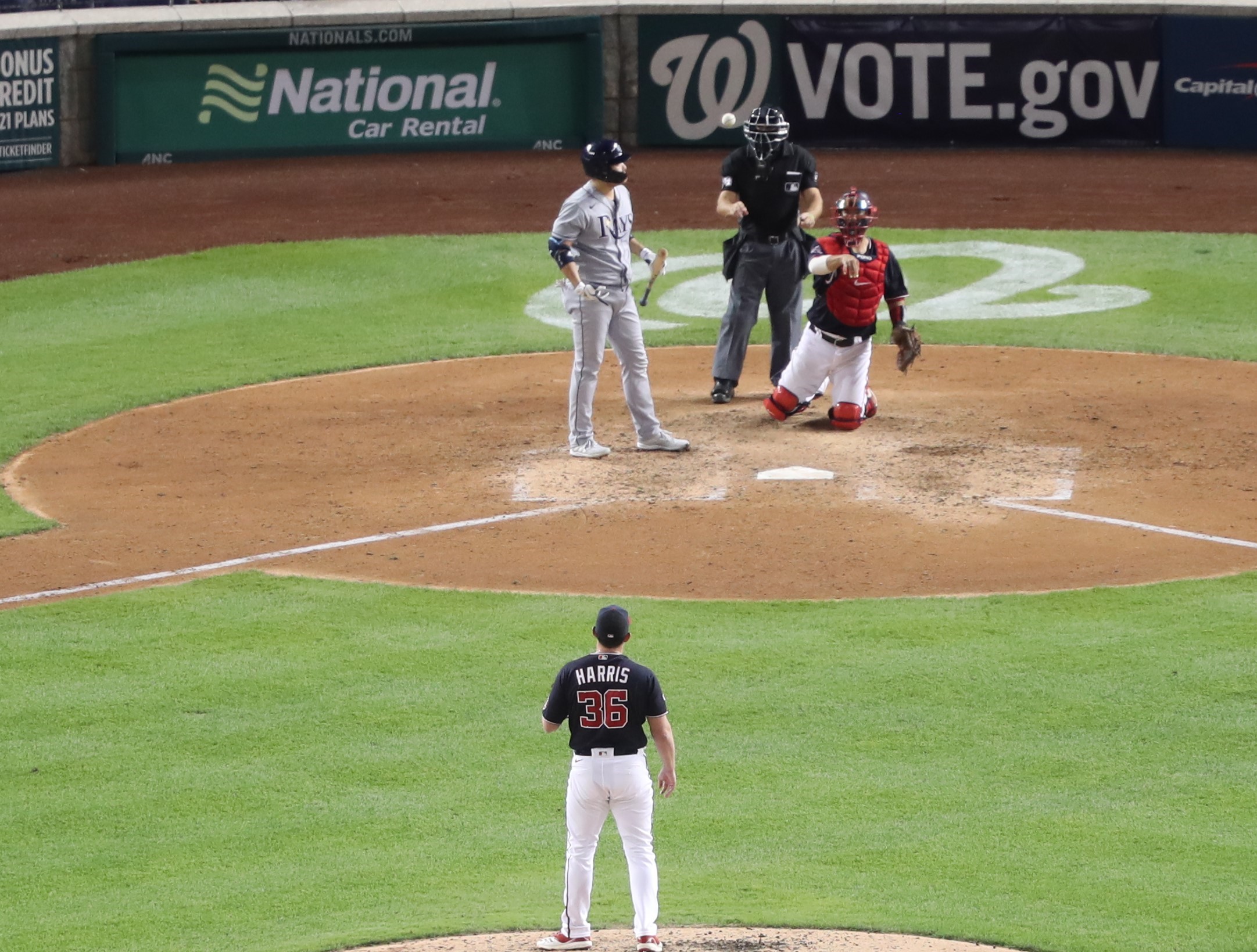 Photo by Sol tucker for TalkNats

As Spring Training wraps up in 10 days, the Washington Nationals neighbors in the complex at the Ballpark of the Palm Beaches are the opponent once again in their six game “A” schedule. It is hard to believe it was a year ago when fans had trash can controversial signs and had them confiscated as you saw in videos, and one fan told us they were warned for shouting cheaters at the Astros. With the reduced crowds, the issue is the fans can scream loud enough for any of the players to hear. That only adds to the anxiety for struggling players.

One player who has not figured it out is Juan Soto. He is not in tonight’s lineup and of course he will figure it out at some point. A troubling and more ominous note was given in the pre-game presser that Will Harris will be away from the team as he is dealing with a blood clot in his arm. We pray for him and his health, and certainly the start of the season is in jeopardy for him if not longer. The bullpen was supposed to be a strength with the Triple-H power of Harris, Daniel Hudson and Brad Hand plus players like Tanner Rainey and Kyle Finnegan. We have yet to see Rainey in an “A” game, and the team already released former All-Star RHP Jeremy Jeffress for personnel reasons.

For the Nationals, they have Paolo Espino on the mound as Joe Ross pitched yesterday. The lineup is featuring both Gerardo Parra and Yadiel Hernandez while Soto is out of the lineup.

Also of note, manager Dave Martinez indicated that it is possible that Starlin Castro sees some time at third base, but clearly today is not that day as he is starting at second base and Carter Kieboom will get the start at third base against Houston’s RHP Luis Garcia. Yes, the Nats have a Luis Garcia also.

The Nats made more cuts: C Tres Barrera, LHP Ben Braymer, and RHP Steven Fuentes to Triple-A Rochester. The move for Braymer really makes it clearer that the lefty battle for final spots are down to Sam Clay, Luis Avilan and T.J. McFarland. The will probably take one or two of those three. The plan for Braymer is to keep him stretched out for starter depth in Triple-A.

In business news, it appears that Nats EVP of Business Operations, Jake Burns, is taking a position with David Tepper and will be their Chief Revenue Officer for his Carolina Panther and other sports ventures.