The biggest smile in Florida is on the face of Mike Rizzo after the ST debut of Rutledge and Cavalli! 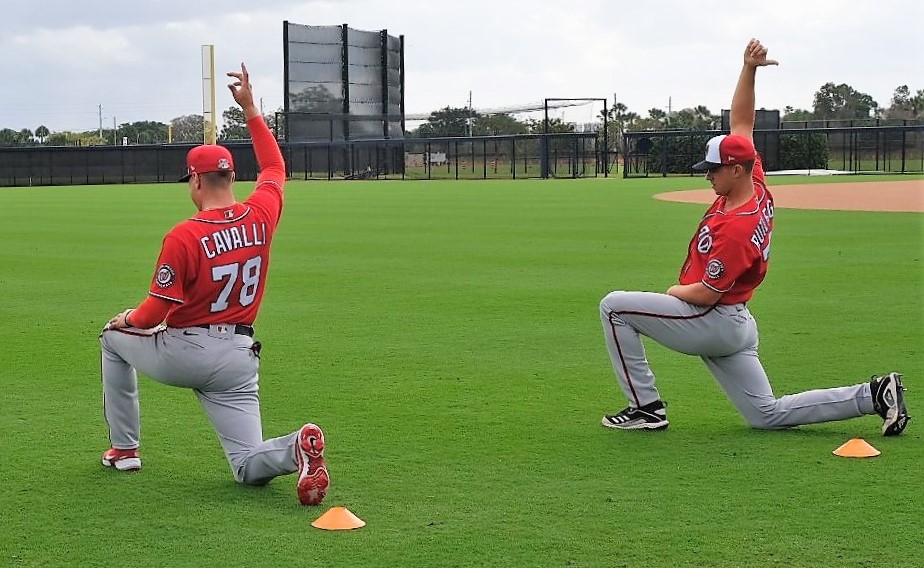 PORT ST. LUCIE, FL — While the pessimist would say “it was only Spring Training” to quell the optimism, the Washington Nationals got to debut their Top-2 prospects today. It was electric in that second and third innings in Clover Park against legitimate Major League players in the Mets lineup. What a day to debut in a game seen nationally on ESPN. Those prospects combined for 2.0 innings, of 0.00 ERA baseball with 4 electric strikeouts. They faced legit starters and names like James McCann, Jonathan Villar, Luis Guillorme, Brandon Nimmo, Jeff McNeil, and Dominic Smith.

Who was more nervous out of Jackson Rutledge‘s mom, Susan, or Nats’ general manager Mike Rizzo? It was probably Rizzo who has a lot riding on these players.

“Oh man! We were so nervous,” Jackson Rutledge‘s dad, John, told us. “His mom [Susan] about had her heart pop right out her chest. He did fantastic. No one realizes how athletic he is for 6’8″ picking off Nimmo showed off his athleticism.”

The Nats desperately have to develop top of the rotation starting pitchers within their system, and get them to the Majors in Nats’ uniforms. It is a system that evaluators like Keith Law of The Athletic rated the worst in baseball. That is a reflection on Rizzo although it probably is unfair and in many opinions not accurate. There are those who have seen Jackson Rutledge and Cade Cavalli as Top-100 prospects in baseball, but others want to see real tangible pitching before they rank them that high— and guess what, we got that today. Rutledge struck out the former All-Star McNeil and picked-off the pesty Nimmo, and then K’d Dom Smith on a filthy slider in an 11-pitch at-bat when Rut thought he got strike 3 earlier in the at-bat. Cavalli got Villar on a groundout and Guillorme on a comebacker (that he booted) but did not lose his composure and struck out the next two batters. Both pitchers had fastballs blazing around 98 mph.

The pair of former first-round picks started their day started in a procession of four pickup trucks traveling from West Palm Beach to Port St. Lucie. Friends who grew close at the Alternate Training Site last year in Fredericksburg, Virginia have been taking this journey together with the team’s Nº. 3 prospect Cole Henry, and the team’s Nº. 9 prospect Matt Cronin.

“We’re just going to have fun and enjoy it,” Cavalli said. “We for sure talked about it. There were nerves going into it for everyone. But it was like, ‘Alright, we’re here! Let’s do it!’ It was fun and loose. That’s how we keep it around here.”

For Dave Martinez, he is hopefully going to be the Washington Nationals manager for a long time, and as such, has a vested interest in the success of the team’s prospects.

“We’ve got something special in these guys. … Focus on throwing strikes. I thought they looked good,” Martinez said about the prospects.

Traveling in from St. Louis for this game was Rutledge’s parents, his younger sister Izzy, and his agent Craig Rose. Sometimes the families’ nerves are paralyzing, but after Rutledge picked-off Nimmo, they all exhaled. Because Rutledge worked so fast, the inning was over quick, and it was a huge first step. 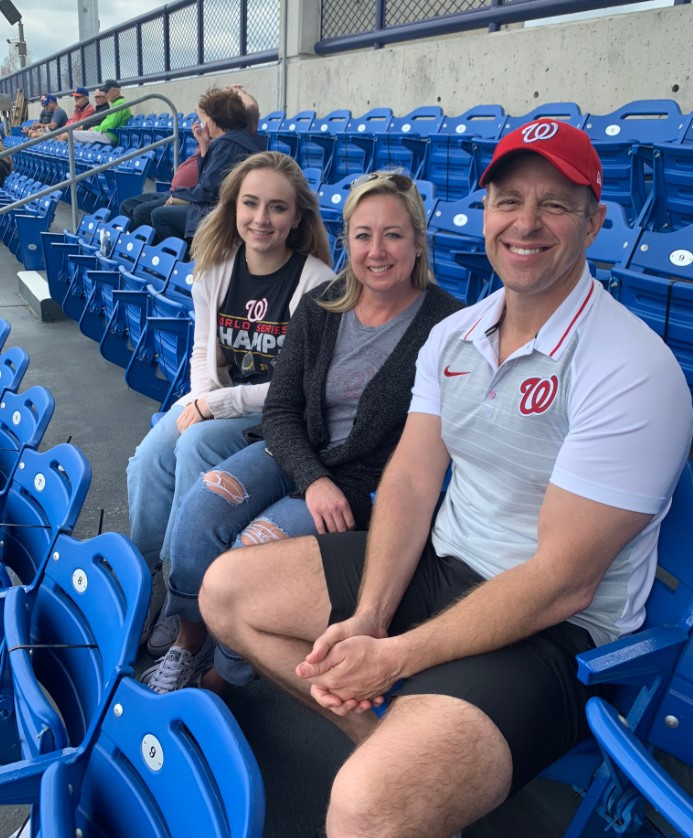 Photo taken mid-game for TalkNats courtesy of the Rutledge family

“[Rutledge] tries to work extremely fast, he really does,” Martinez said. “He’s a guy that gets the ball and goes. Sometimes you’ve got to slow things down a little bit and catch your breath. He seemed to do that there. I liked what I saw out of him. He threw strikes, he threw strikes with secondary pitches, so it was really good.”

After the game, Rutledge gave a confident Q&A for the media. He was confident but not to the point of being cocky. He just believes in his stuff.

“I think the big thing was that I can do it, that I can go out there and be confident and be under control and get guys out,” Rutledge said. “I wanted to go right at guys … throw my best stuff. … I don’t need to go out and be something that I’m not … but really just be confident in my stuff and know that I can get really good hitters out.”

This should be the first of many appearances this spring for this dynamic duo. In January, we predicted we would see this after Rizzo told us to not be surprised if one of his top prospect pitchers debuts in 2021 in the a real MLB game. This was a prerequisite of that. A stepping stone.

“When you hear the names Rutledge, Cavalli, Henry, and Tim Cate — these are starting pitching prospects who could impact the big league club as early as some time in 2021,” Rizzo said in January.

These pitchers also have great mentors in teammates that comprise a vaunted rotation that features four former All-Star pitchers. Combined, those pitchers have 17 All-Star selections: Max Scherzer (7), Jon Lester (5), Stephen Strasburg (3), and Patrick Corbin (2). These young studs must be sponges and absorb it all while asking questions and seeking advice when they need it.

“I like all these [prospects],” Martinez said. “These are guys that eventually are going to help us in the big leagues. They’ve got great stuff. Now we’ve got to get them honed in and get them perfected on what they want to do and what kind of pitchers they want to be and get them to throw strikes.”

Sure, general managers pump up the accolades all the time on their farm systems, and it is difficult to assess from what they say, but when a veteran player like Ryan Zimmerman gives a compliment, you know he is not doing it to prop up a player’s value.

“You hear a lot of times about [top] prospects and then unfortunately you watch them throw and you’re kind of like, ‘Ehh,’” Zimmerman said about the past. “But I just feel like sometimes you read about these guys and then it’s a little underwhelming [when you actually see them], I guess is what I’m trying to say. And to have five, six, seven guys where you’ve read about them and then you watch them throw and they actually live up to what they’re supposed to be — it’s kind of exciting. It’s been cool to have that youth in camp.”

That is quite the endorsement from the only player who has been in the Nats organization for every year of their existence. He has seen false hype before, and with this crop on the farm, Zim is a believer too. It seems unanimous.

This entry was posted in Analysis, Feature, SpringTraining. Bookmark the permalink.
← Previous Article | Next Article →