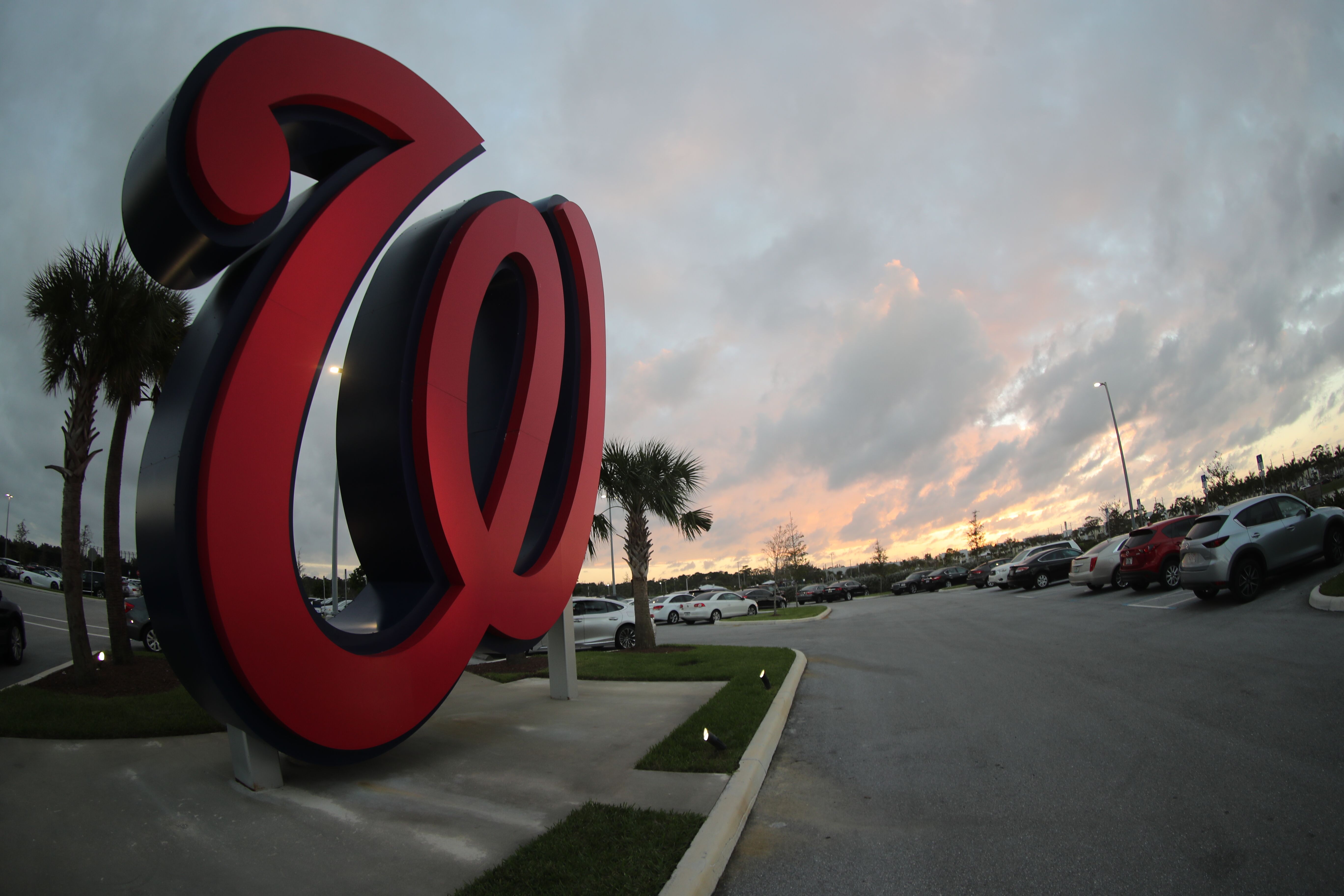 With nothing much happening in MLB free agent signings, it is a good time to look at where the Washington Nationals are in projections. After posting a (relatively) poor 26-34 record during the disrupted 2020 MLB season, it will not surprise you to learn that the Nationals are not among the favorites in the offseason odds for the World Series next year. However, there is a long time between now and April 1st, and some key signings and/or trade(s) could see the Nationals rocket up the list in the betting markets.

Regardless, at the time of this writing, the Nationals sit around 30/1 (+3000) on average with various sportsbooks to win back the crown they held in 2019. That puts this team around 15th in the pecking order in bookmakers’ eyes, and it’s just a little higher than the Nat’s placement (19th) in MLB’s latest Power Rankings which is based on where things look now. Of course FanGraphs has a little more confidence in the Nats at 16th in WAR at 29.5.

As for the NL Championship, the Nats are 16/1 (+1600) with MansionBet online baseball betting, making them seventh-favorites for the pennant. The Dodgers are, as expected, the hot-favorites at 9/5, but they are very closely followed by the Nats’ NL East rivals, the Braves (4/1).

Calls for Nats to build for the future

Now, most fans will agree with that ‘somewhere in the middle” assessment of the team right now. Indeed, some on this site have been wondering whether it’s a better option to forget about 2021 – “to band-aid it” – and then go all in with money in 2022?

It’s a fair question, but it arguably belies the fact that the Nationals are still capable of having a good 2021. After all, much of the World Series-winning roster is still intact except for Anthony Rendon, Howie Kendrick, and Ryan Zimmerman, and the team has bonafide game winners like Juan Soto, Trea Turner, Stephen Strasburg, Patrick Corbin, and Max Scherzer. The team clearly needs that vaunted starting rotation to step up, and add a legitimate bat to the middle of the order is very much required as we know, but it is not as if a major overhaul is required to get the Nationals competitive again. We know that 2020 was a strange, short season, and the Nationals were not alone at being sub-par for most of it.

But there is always the danger of trying to make acquisitions for a resurgence in 2021, and subsequently falling flat. One issue is that the NL East could be one of the most competitive in MLB in 2021 depending on the direction of the Mets and Phillies. As mentioned, the Braves will be strong favorites to the top the division, and the Mets are expected to be the most aggressive in baseball given the new ownership at Citi Field. Both the Phillies and Marlins have decent rosters but need help. It’s entirely conceivable that the Nationals spend the money on being competitive in 2021 but still finish near the bottom of the division and will be forced to be sellers at the July trading deadline.

Nonetheless, it will be interesting to see how those odds move over the winter months, especially if the “virtual” Winter Meetings next week start seeing some movement from the Nationals. As it stands, the Nationals look betwixt and between in being a competitive team next year. But as we mentioned, it’s a long road to Opening Day on April 1st, and a lot can change between now and then.