The Nationals name Jim Hickey as their new pitching coach 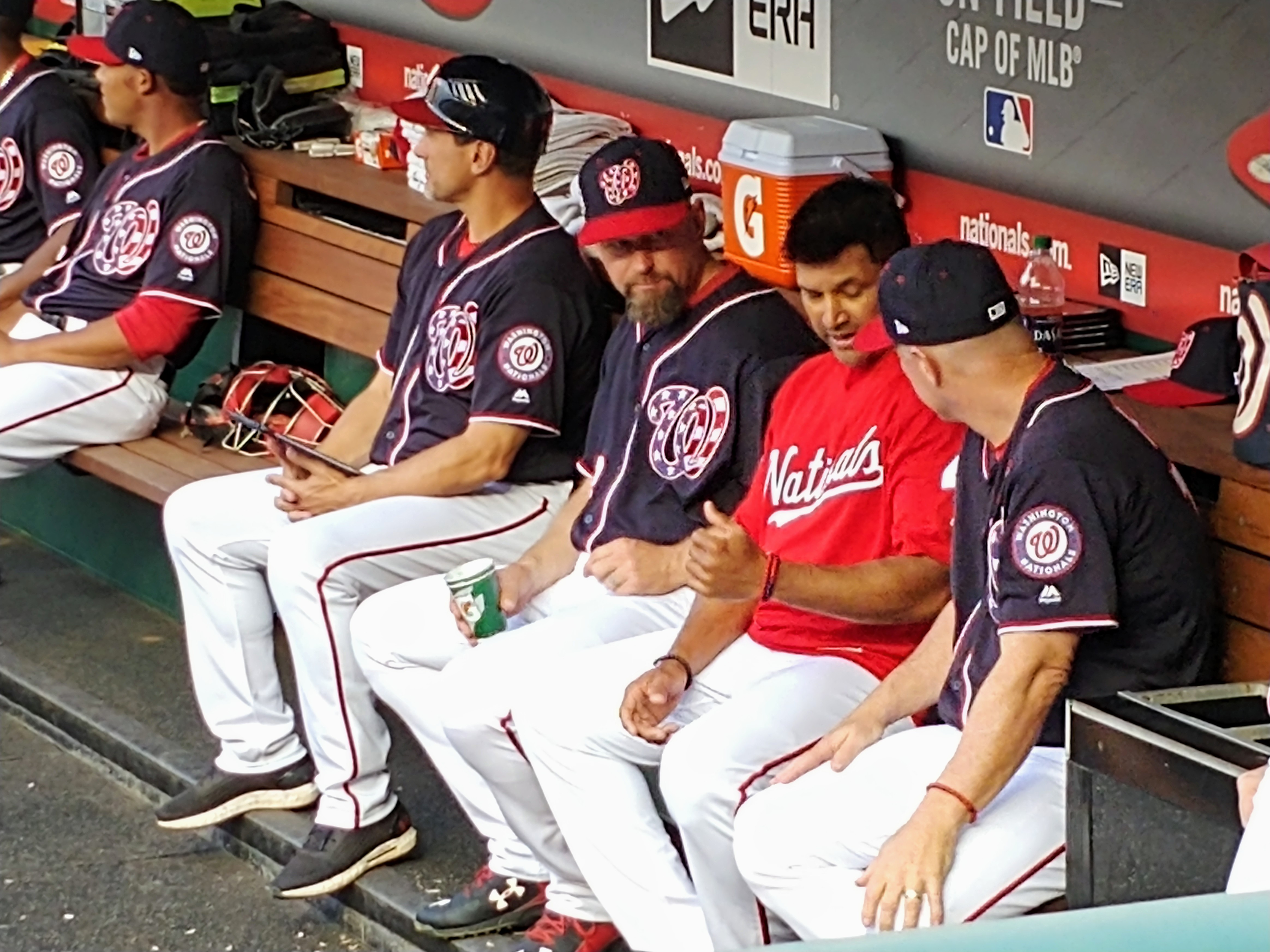 With Paul Menhart‘s spot as the pitching coach available, it did not take Washington Nationals manager Dave Martinez an extended period to fill that spot. Reportedly, Martinez will go with a pitching coach he was very familiar with from their shared time in Tampa Bay with the Rays (2008-2014), and the Nats made it official today. Jim Hickey, 59, was on the short-list of names mentioned as a possibility.  He was a former Minor League pitcher who transitioned to coaching.

“I am very excited to add Jim to our coaching staff and organization as a whole,” said  Martinez in a prepared statement. “He brings a wealth of knowledge, experience and passion to the job. He’s led a lot of really good pitching staffs over the years and has been a part of many successful clubs along the way. He’s helped countless pitchers improve, achieve their full potential and become All-Stars. Jim and I worked together in the past, and I am really looking forward to working with him again.”

Hickey’s pro career started after he was drafted in the 13th round of the 1983 MLB Draft by the Chicago White Sox out of the University of Texas, but he never made it to the Majors as a player. In 1989, he played for the Double-A Columbus Mudcats in the Houston Astros organization in his final year of his playing career as he found life after a playing career in coaching. It did not happen right away though. It was not until 1996 when Hickey became the pitching coach for the Houston Astros’ Double-A affiliate in Jackson where his staff led the Texas League with 939 strikeouts in 1997 and that opened eyes for his coaching career. Hickey was promoted to the pitching coach in 2004 for the Astros as his first taste of MLB.

In his first year with Houston, Hickey’s students included a few notables like Roger Clemens, Brad Lidge, Roy Oswalt and Brandon Backe as the team advanced to the 2004 National League Championship Series. In 2005, the Astros advanced to the World Series, with Clemens, Andy Pettitte, and Roy Oswalt who all finished from first to seventh in the National League in ERA. Houston was also second overall in the NL with a 3.51 ERA in 2005, and led the league with the fewest runs and walks allowed.

In 2007, Hickey took the job as the pitching coach for the Tampa Bay Rays and stayed even after Joe Maddon and Davey Martinez departed for the Chicago Cubs. Hickey would join Maddon in Chicago as his pitching coach for just one season for the Chicago Cubs as he replaced Chris Bosio, but Hickey only stayed the one year citing personal reasons as he resigned from his position. His postseason pedigree as pitch coach spanned seven seasons from 2004-to-2018 and included the Rays 2008 World Series appearance.

There is obviously some mystery as to why Hickey left Kevin Cash‘s Tampa Bay Rays staff, but also what happened to him in regards to the personal reasons he left the Cubs. He then took a job with his former GM from Tampa, Andrew Friedman, who hired Hickey as a special assistant for player development with the Dodgers as he worked their minor league system. Hickey held that position from 2019 until recently when he took this new job with the Nats. He said that he was not sure he would ever get back to the Major League level again until Davey called him.

With Hickey in as pitching coach, he will have a different style as compared to his predecessors. The philosophy when he was in Tampa was take the ball sooner than later and as he said he would rather “err on the side of caution.” Maybe there were lessons learned when Hickey had David Price, Chris Archer, and Jeremy Hellickson and others in Tampa’s rotation. Price was a Cy Young winner, Archer an All-Star, and Hellickson was Rookie-of-the-Year under Hickey’s tutelage. Each player is uniquely different, but their records showed that Archer’s and Hellickson’s successes were not long enough. How much credit does Hickey get versus the minor league pitching development people? The Nationals have several pitchers who need that development towards success like Cade Cavalli, Jackson Rutledge, and even Joe Ross, Erick Fedde and Austin Voth at the Major League level.

Hickey held a media call after the official announcement of his hiring, and he got to talk about his philosophies on pitching and coaching. Hickey made it clear that he is a fan of a good changeup, and here is four paragraphs on the changeup:

“It’s a non-fastball that you can throw in the strike zone. Believe me, I have no problem with a big 12-6 curveball either. We got a whole bunch of those. But you all of a sudden get yourself into a 2-0 count in a tight spot and it’s pretty difficult to think you are going to be able to go ahead and drop this big, breaking pitch in the strike zone for a called strike. Whereas a changeup, it’s a lot easier.”

“Also, I like it because it obviously looks like a fastball. It comes right off of that same plane as the fastball, and hopefully, has a little bit less velocity and a little bit more movement. And I love it because when you can record those quick outs, it really starts giving you confidence.”

“The industry probably doesn’t value 200-inning type guys like they used to, but I would guarantee you that every pitcher who starts the season as a starting pitcher — that’s a goal in the back of his mind to work deep into ball games and crack that 200-inning barrier, and a changeup helps that.”

For the 2019 World Series winning manager, he was rewarded with a multi-year extension on September 26. Not even within two weeks of the dust clearing, word broke that Menhart was gone, and then Martinez’s first bench coach, Chip Hale, was gone and then the real shocking news was that hitting coach Kevin Long was not going to be retained.  Both Menhart and Hale wanted to remain on Davey’s coaching staff, but both admitted that they were never “Davey’s guy” leading to the departures. Let’s deal in facts, first base coach Bob Henley is not Davey’s guy, and he has been with the Nats’ organization longer than general manager Mike Rizzo. As far as we know, Henley will remain on the staff.

After the World Series win last year, Martinez kept his coaching staff but changed responsibilities when he shifted Hale to third base coach last winter to name Tim Bogar as his bench coach after he served as his first base coach. Prior to this point, Bogar’s job seemed to be the only safe one on the coaching staff. Hickey is now the first new hire on the staff which will add more coaches shortly.