The 2020 MLB ‘exhibition’ season is at its Final Four 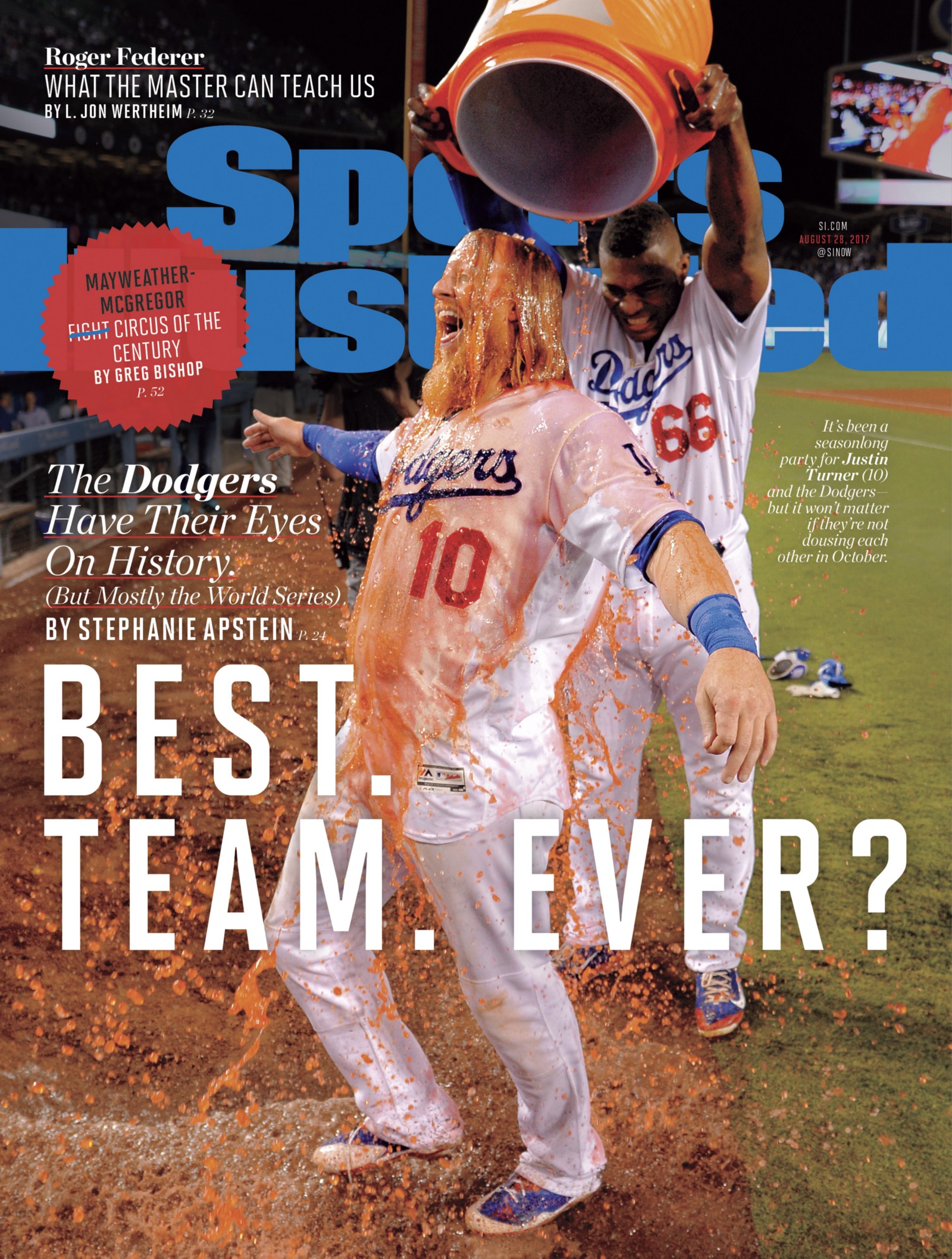 If you look closely, that Sports Illustrated was from August 2017; Winning the World Series takes more than a stacked roster!

Baseball is still being played in two cities, and soon it will be down to one as MLB is using bubble host cities for the NLCS and the ALCS. They are also playing every day without the usual travel days off making this a survival of the fittest through the battle of attrition.

The favorite to go wire-to-wire and win the NL Pennant was the Los Angeles Dodgers who last night pounced on the Atlanta Braves in a series that has Atlanta up 2-1.  The NLCS is being played in the Texas Rangers new stadium where fans are back in the stands. The COVID social distancing protocols are broken every time a foul ball goes into the stands as you watch the mad scramble for the souvenir.

In the ALCS series, it is being played in Petco Park in San Diego. That series has the convicted former cheating Astros against the Tampa Bay Rays. On the brink of elimination last night, the Astros squeaked by to avoid being swept, and they live for another day down 3-1 in that best-of-seven series.

If you are looking at World Series odds, the 2020 World Series Odds Tracker is what you want to check out in all of its different formations by clicking on the tabs. There is also a historical odds summary that began on October 31, 2019 after the Washington Nationals won the World Series. The notations in the middle of the page are a timeline summary of moments that changed the odds that began with the Houston Astros as the favorites a year ago:

By this weekend, the two World Series teams will be set. As much as people do not want to recognize the eventual winner as the World Series champs, there will be no asterisk on this season in the record books. The ‘World Series’ will be played at newly opened Globe Life Field in Arlington, Texas in front of fans. Tickets are available for purchase.