The Nats finish their season on a 3-game winning streak and Juan Soto crowned the batting champ! 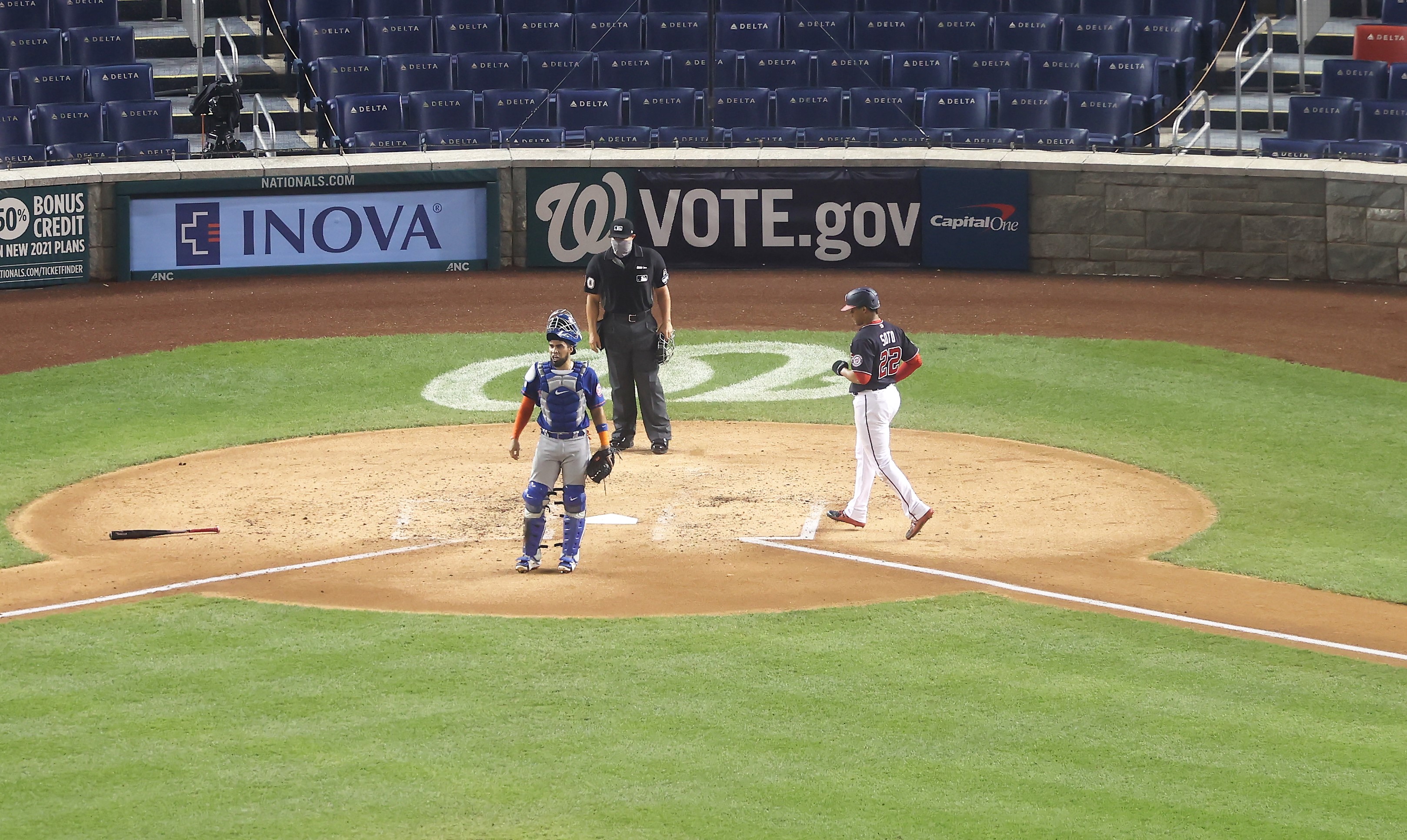 Juan Soto finishes the season as the NL batting champ!; Photo by Sol Tucker for TalkNats

In the Washington Nationals final 9 games of the season, they finished a very strong 7-2. But it was too little too late to do anything in the playoff race for this year. There is always next year as the team will certainly look different in 2021. That sudden surge at the end will also seed the Nationals 11th in the 2021 amateur draft most likely. The great news is the Nats had several standout performers including Juan Soto who had the highest batting average, OBP, Slugging %, and OPS in the league. Not far behind him was Trea Turner who put up some eye-popping numbers this season. In addition, the 20-year-old rookie, Luis Garcia, debuted and put up a great season with a .276 batting average and a very mature approach at the plate.

Additionally in much smaller sample sizes were some nice seasons by Josh Harrison, Yan Gomes, and Andrew Stevenson. From the bullpen Tanner Rainey and Kyle Finnegan both stepped up. With all of the great performances, why did the Nats struggle?  The answer really centered around the starting rotation and their horrific ERA of 5.35 and a slow start to the season which did not include Soto who was held-out due to a false positive on a COVID test. Regardless, you don’t win many games when your starters are putting the team in a hole. Most of the struggles started when Stephen Strasburg was hurt with a nerve impingement that later required surgery for carpal tunnel neuritis.

Soto became the youngest batting champ in the NL since stats were first kept, and he is still just 21 years old. His .351 mark was impressive as he batted much of the season with little lineup protection behind him. He will receive MVP votes as will his teammate, Trea Turner, but the popular wind is blowing towards Freddie Freeman, Marcell Ozuna, and Fernando Tatis, Jr. It was noted by reader, Clint Often, that Soto’s .351 batting average is higher than any qualified season from the “Hit King” Pete Rose. In perspective, Soto moved up to a whole new level.

Speaking of whole new levels, Turner finished today with a .335 batting average and the most hits in the Majors. he had seven RBIs today which included a grand slam and his season finished at: 12 home runs, 12 stolen bases, 46 runs, and 41 RBIs on this season. Extrapolate that × your 2.7 multiplier to get to a full-year set of stats and over a full 162 season, Turner would have:

There is so much to build upon with this young core of Soto, Turner, Garcia, and you hope Victor Robles bounces back next season along with the starting pitching and some key acquisitions.

“I’m going to sit back and take in all of the positives this year, and the growth of some of these guys this year and build-off of that for 2021,”manager Dave Martinez said. “We said it many times — these guys don’t quit.”

Finish strong is what this team did, and many players put themselves in good positions for 2021.

Not how we drew it up, but we’re beyond proud of:

• This team
• This organization
• These fans
• This city

We fought together, even as 2020 threw us nothing but curveballs. That’s something to hang our hats on.#NATITUDE pic.twitter.com/6kFz5OGLhr