The Nats 8-year streak of winning seasons has ended; Would the real Davey Martinez please stand up? 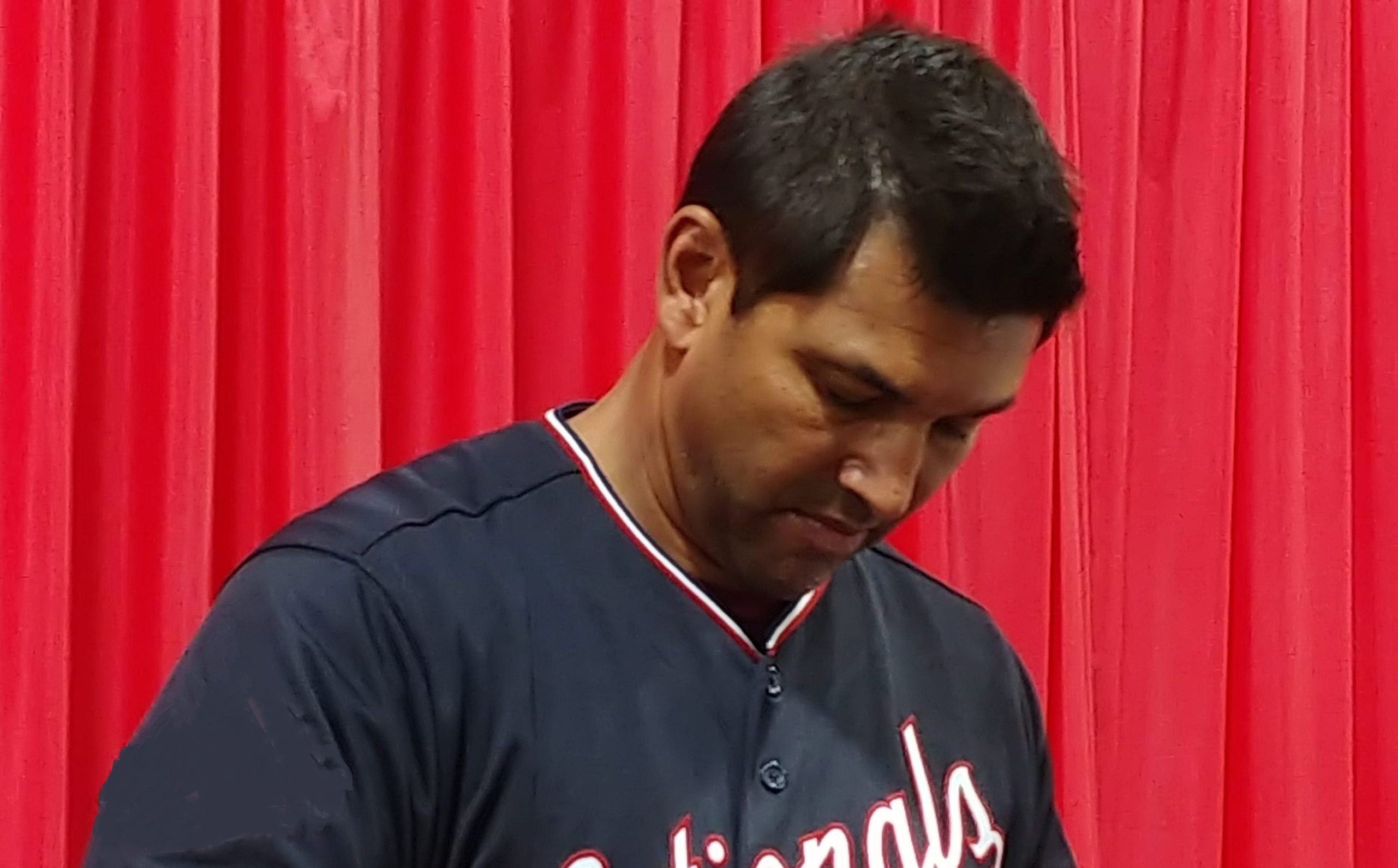 With last night’s loss, the Washington Nationals can no longer mathematically reach a winning season, that ends the team’s 8-year run that began in 2012. While the team would need a miracle to sneak into the postseason, last night was a reminder of the team’s Jekyll and Hyde season with a spectacular early evening shutout win in the first game of the doubleheader, and the jolt of reality of a poorly played game in the nightcap.

The reigning World Series champions were almost unrecognizable by the end of last night’s game with Brock Holt on the mound. Be thankful the Marlins only had to bat for six innings last night, as the home team in seven inning doubleheader game per the 2020 rules, that went final in a 14-3 loss. By the end of the game, the only regular starters in the field were Juan Soto, Victor Robles, and Kurt Suzuki as they were joined by Holt as the pitcher for the first time in his career and several bench players.

During the disappointing 2018 season which was manager Dave Martinez‘s first season, he constantly referred to “The Little Things” that were not being executed. Last night the big things and those “Little Things” were in full magnification whether it was a tailor-made doubleplay ball that was not gloved or a veteran catcher not catching a ball on a bases loaded force play at the plate, neither of which were ruled errors, it distorted the final box score. It was just a replication of so many of the 30 losses of the 2020 season. If the plays were made in the 3rd inning of last night’s game, spot starter Wil Crowe might have departed with a 2-2 tie game. Instead, he was burdened with 6 earned runs because his third baseman and catcher did not make plays, and the official scorer somehow ruled a fielder’s choice with no error on the homeplate play, making all the runs that scored as earned.

As they say, maybe this is a “joke” of a season playing 60-games in these COVID times, but it will still count in the record books. Maybe if the Nats get back to winning next year, we can more easily explain away what we have seen this year as an outlier, aberration, exception, or anomaly. Pick the word that fits best. But if this Washington Nationals team plays like this next year, it could legitimize this season as more of a norm in Martinez’s tenure that 2019 was the outlier to go with that disappointing 2018 season in which the Nats finished at 82-80 with stars up and down the roster that included many of the team’s current stars plus former stars like Anthony Rendon, Bryce Harper and Daniel Murphy.

“I’ve never been a very quick starter, and I always prided myself on finishing the season strong, as strong as I could possibly do,” said manager Davey Martinez who we believe was referring to himself when he was a player, but maybe that is also in his DNA as a manager.

Maybe like the popular TV game show created in the 1950s called To Tell The Truth, we need find out who the real Davey Martinez is. Of course Davey’s honor isn’t in question, it is a question of defining who he is as a manager from what we have seen the past three years. Yes, Davey deserves to return for the 2021 season, and he should be cast in bronze for a statue for his World Series triumph. His boss, Mike Rizzo, seems determined to get Martinez a long-term extension.

Eleven players from the 2020 opening day roster (see below) are either on the IL or were DFA’d. It made it an uphill climb almost from the beginning, but all teams have to deal with injuries.

In addition, replacement players like Dakota Bacus and Seth Romero ended up on the IL also, and Roenis Elias who was supposed to be on the opening day roster has never appeared in a game this season and remains on the 60-day IL. Some of the injuries like Romero’s slip and fall that broke his hand seemed “suspect” like those injuries that are part of Nats lore like Koda Glover hurting his back in the shower after he dropped his soap, to go along with the broken thumb of Drew Storen that he disclosed later claimed occurred from slamming his locker (huh what?), and then there was the broken hand of Ryan Mattheus who reportedly punched his locker. Losing makes you do stupid things, and this season sure feels stupid at times.

Who knows what the post-mortem of this team will look like when we read the final copy of the obituary after printing. The Go 1-0 mantra of 2019 after the 19-31 start could coincidentally meet that W/L mark today if the team loses as they go into tonight’s game with a 19-30 record. Ironic isn’t it.