A great team win to get Max Scherzer a well-deserved Curly W! 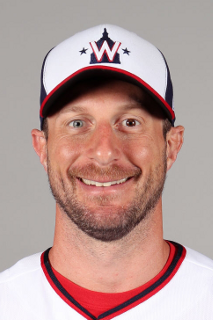 Every player on this Nats team contributed tonight to a 2-1 win against the Mets to support a nice 6 inning one run game from Max Scherzer who tweaked his hamstring six days ago. Nobody knew except Max that he would make this start tonight. Six days ago there were plenty of doubters on when Scherzer would make his next start. Trea Turner led off the game with his career 10th lead-off home run which set a Nats team record surpassing Alfonso Soriano who hit nine in just the 2006 season. The Nats other run came from a bloop single by Victor Robles and that was all the offense the team would need. The Nats bullpen saw a great save by Daniel Hudson and a 1 2/3 innings from Tanner Rainey on 13-pitches went the fireman route to snuff out two inherited runners in the 7th to go with his clean 8th inning for a well-earned “hold” for the team.

“It was a huge win for him,” manager Dave Martinez said of Scherzer who finally got his first win of the season.

When defense was needed, Turner made the play of the game running down the leftfield line for an over the shoulder catch in the 9th inning.

“He is a game changer. That play that he made was incredible,” Martinez said of Turner’s catch in the ninth inning.

“I joke with Juan a lot that I have to play leftfield and shortstop at the same time,” Turner said. “I’m trying to get my WAR higher playing both positions.”

All around the Nats were solid on defense besides one flyball lost in the lights in that 7th inning that put Javy Guerra in instant trouble. While that play was ruled a double, the Mets quickly had a glimmer of hope until Rainey entered the game with two on-base and one out and quickly extinguished the problem.  Kurt Suzuki made some solid stops on balls in the dirt behind the plate, and Starlin Castro and Eric Thames had some nifty doubleplays.