Game #5 Roark is back to D.C. as a visitor; Voth needs to be the stopper! 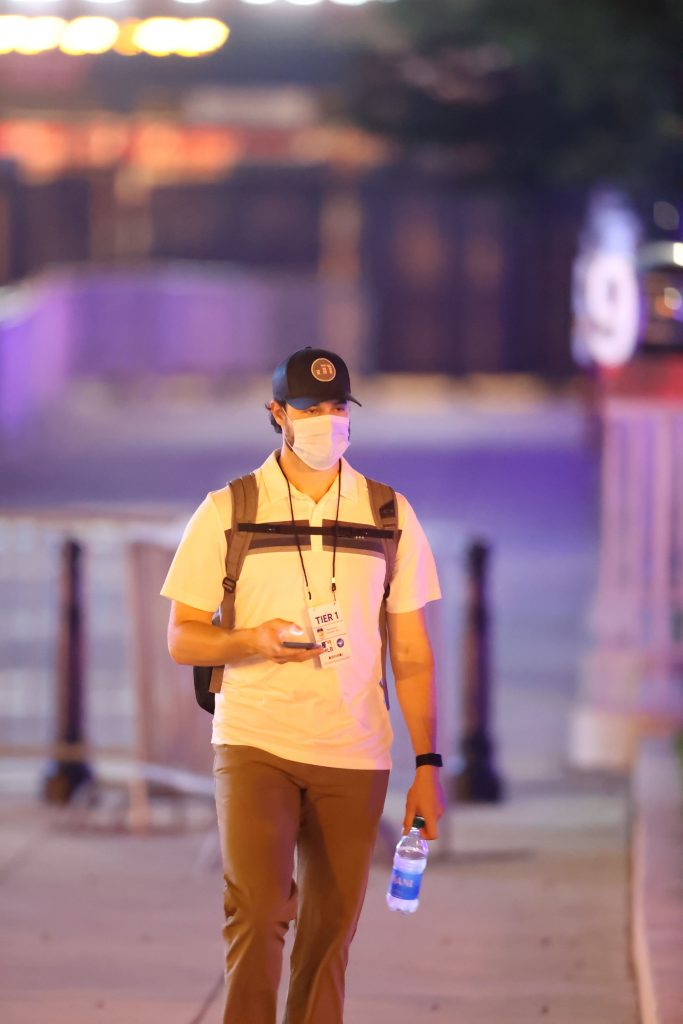 Tanner Roark exits out of Nats Park from the new visiting team’s exit; Photo by Sol Tucker for TalkNats

The Nationals and their braintrust decided not to skip their number five starter, Austin Voth, and utilize the off-day last Friday to pitch Max Scherzer today on regular rest to face an old friend, Tanner Roark, at Nationals Park in the fifth game of the season.

The schedule could take a major hit due to the COVID-19 outbreak within the Miami Marlins’ clubhouse. It is quite possible that the majority of their active team from Opening Day has contracted COVID as they await the incubation period while holed up in Philadelphia. Contact tracing would almost certainly make any players who have tested negative ineligible until they receive two back-to-back negative tests, and MLB might need to review the procedure on testing and times between tests.  What that means is this weekend’s series between the Marlins and Nats has been postponed.

The only optimism in this schedule predicament is that it could buy Stephen Strasburg a few extra days. We have yet to see Strasburg or Juan Soto. In fact, through this morning, Juan Soto’s status was still held up in the COVID protocol, but sources say his last test was negative giving him two consecutive negative tests and eligible to return. Officially he is on the 10-day IL until MLB greenlights his return. It is possible he gets cleared later today or tomorrow.

As crazy as things are, there was an active shooter a block from Nationals Park which closed off the area to all players who were set to arrive before 1:30 pm. Reports were that some Nationals players and manager Dave Martinez were already in the building.

Today in the fifth game, Martinez has finally adjusted his lineup and Howie Kendrick is the new 3-hole hitter and Starlin Castro was moved to the #6 and Emilio Bonifacio will get the start in left field today as Michael A. Taylor moves to the bench.