Win #56 of 2019 called on Stephen Strasburg as the stopper once again! 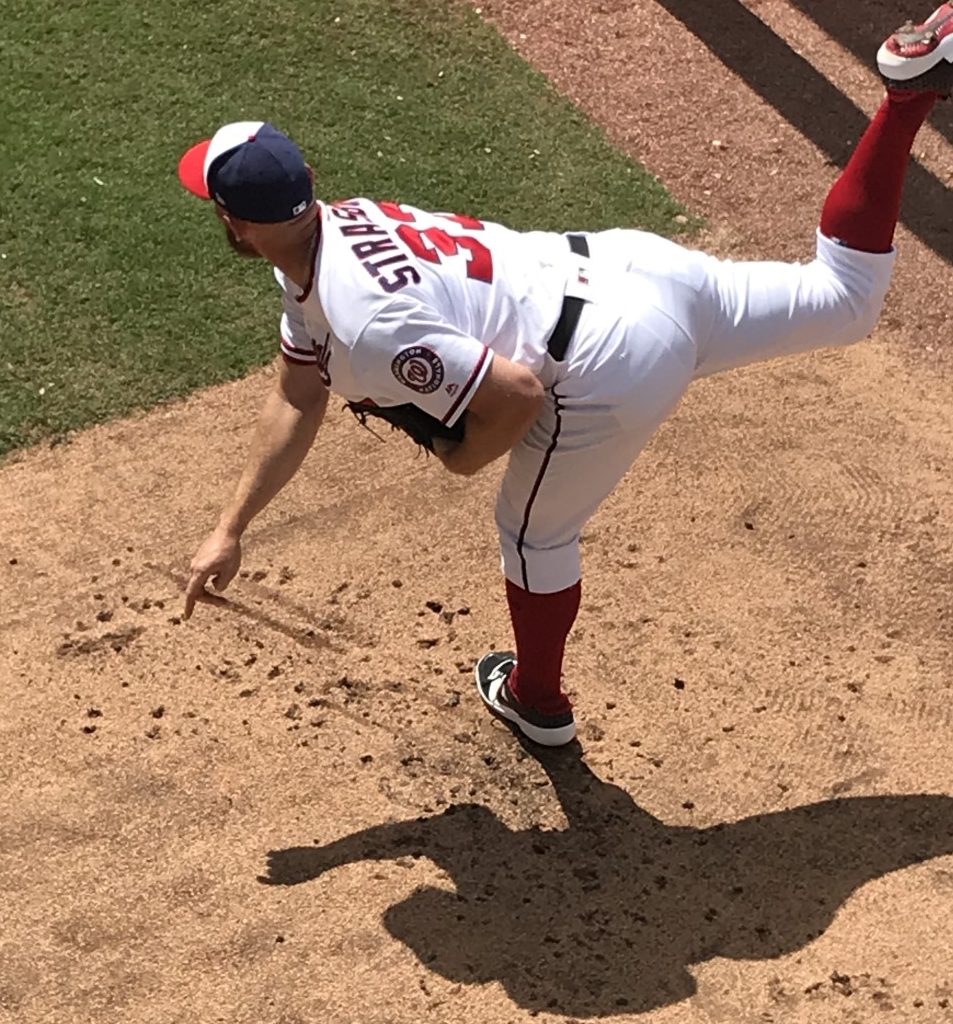 Click here to watch Nats win #56 on July 28th on MASN via MLB.TV at 6:30 pm tonight with the rest of us. Just a quick reminder of what we are doing if this is your first time: As a group, we are going to be re-watching all 105 wins from the Nats 2019 season in chronological order at 6:30 pm each night. We will all try to sync up to the same point in the game, and this is a work in progress to maneuver to the same point in the game. Feel free to ask in the comments section where everyone is in the game so you can sync up. Many people are joining in at different points, and most people are not commenting — rather just following along.

The MLB.TV library is unlocked and free to everyone for the 2018-2019 season courtesy of MLB. This win #56 came in the 105th game in the 2019 season, and the Nats took the a 55-49 record into this game. Manager Dave Martinez was preaching “Go 1-0 every game” and eventually the Nats turned their losing record into a winning record. It took the Nats until June 28th to reach a winning record and they got to 12 games above .500 on August 21st. They dug themselves a deep hole, and it took much longer to dig out of it. Now the Nats were believing they could be a postseason team.

It was Stephen Strasburg trying to stop a painful three-game losing streak that took the Nats from 4.0 games out of 1st place to 5.5 games back. Strasburg would face Walker Buehler in this game in a battle of aces.

The stars in this game were Brian Dozier and Anthony Rendon. With Strasburg notching his league leading 14th win with about 11 starts remaining. He looked like he would reach 20 wins if not more. The previous 3 losses really cost the Nats dearly as they had a chance to make up more ground on Atlanta who they would play after this series with the Dodgers.