Just tell the fans “when and where!” 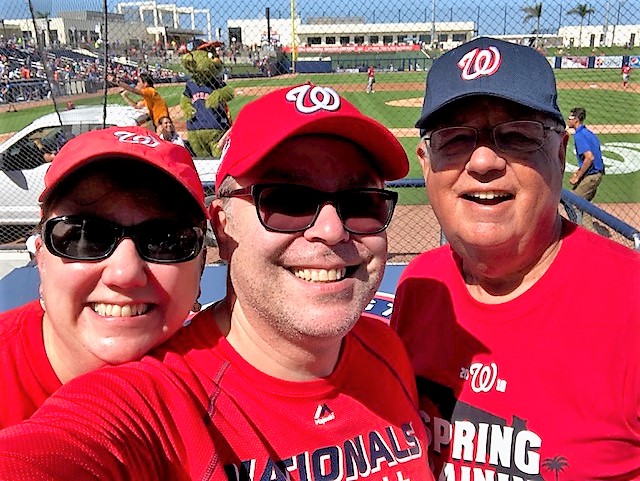 They say the customer is always right. But do the employees and owners of Major League Baseball care about their customers, aka the fans, in this latest round of baseball negotiations? Ticket sales were already on the decline last year. What will it look like when fans are allowed to return to stadiums? The casual fan is being alienated by the negotiating discourse By the day, baseball is losing customers. The players promised they would show up #When the number of games were set and #Where when a date was set. MLB’s commissioner, Rob Manfred, did both this week setting a 60-game season starting on July 19th/20th. The players rejected his proposal countering with a 70-game season and other demands totaling to over $300 million more.

So now we sit and wait and watch the acrimonious tweets go back and forth and commentors choose their sides as judge and jury as to who is right and who is wrong. The fact is both sides have been wrong from the start. All the sides are doing is protecting their bank accounts. That is all this has been about. Money. The COVID-19 health precautions had no mention in the barbs going back and forth this week. It was all about more splits of the postseason pool of money and the number of games played and the math is quite simple as every 10 games amounts to $246,913,580 additional to the players’ paychecks. Owners gave up a while ago on concessions from prorated salaries and have agreed to pay 100 percent of players annualized salaries for each game played and in addition will forgive some of the prepaid draws they gave to players in the event that the season was cancelled in full.

They can’t see it because they have lost sight of simpler days when you played for the love of the game, and you played for the pride of your Little League team, your travel team, and your high school team. If teams could lower their payrolls by $100 million they could slash ticket prices by $33 on average because TV revenue and luxury seats would pay enough. Fans could sit in the bleachers for $1 a game and in box seats for $20. Who wouldn’t play the game for $3.8 million per season? Give the money back to the fans. If the XFL proved one thing, they showed that football players were willing to play a whole season at $55,000 on average, and if they weren’t cancelled due to COVID-19, who knows what would have happened.

The dollars are Monopoly money times 10,000. Just pass “Go” and collect $2 million now. If the owners are truly fighting over lessening their losses, what are players fight for? The agreement already says they will be paid 100 percent for days worked. That is far better than many Americans who agreed to work the same hours for pennies on the dollar.

If you read any of Jayson Stark’s article in The Athletic titled “If you think Major League Baseball is ugly now …”, Stark goes into great detail of the possible doom and gloom in baseball’s future and pulls some amazing quotes from team officials to agents to players anonymously. The owners’ side painted a picture of doom in that article and earlier this month, Cubs owner Tom Ricketts had this to say:

“The scale of losses across the league is biblical,” Ricketts claimed. “The timing of the work stoppage, the inability to play was right before the season started.”

Baseball owners had their time and place to show their dire situation to the public, but they did not do it. Sure, if they did it, they would have been met with skepticism, and for that reason it was not worth doing it some concluded. Stark’s article has some quotes that should raise the hair on the back of your neck.

“You start with the fact that the industry is going to lose $3 (billion) or $4 (billion) or $5 billion (this year),” a small market team official said to Stark. “That’s a lot of money to lose. It’s not something you can cover in the short term. So how long does it take to recover? Is that a year? Two years? Three years? I have no idea. Now add the backdrop of a work stoppage [if there is a player’s strike].

“I don’t mean to sound like I’m the voice of despair, but if we have a work stoppage, I don’t see how 10 to 12 teams get through it. I mean they don’t get out the other side. I’m talking about, they file for bankruptcy. I could even see bankruptcy for the league, which could mean you’d have player contracts getting voided. I don’t think that’s off the table if there’s a work stoppage.

It is quite possible that financially strapped teams dump expensive star players once a start date is official. It could be survival of the fittest. Who knows what goes on behind closed doors. This certainly is not over and the effects will be felt for years.

With the pandemic, social unrest, sickness, isolation, and loss of jobs, why has baseball lost sight of the real world? That is the question for today.