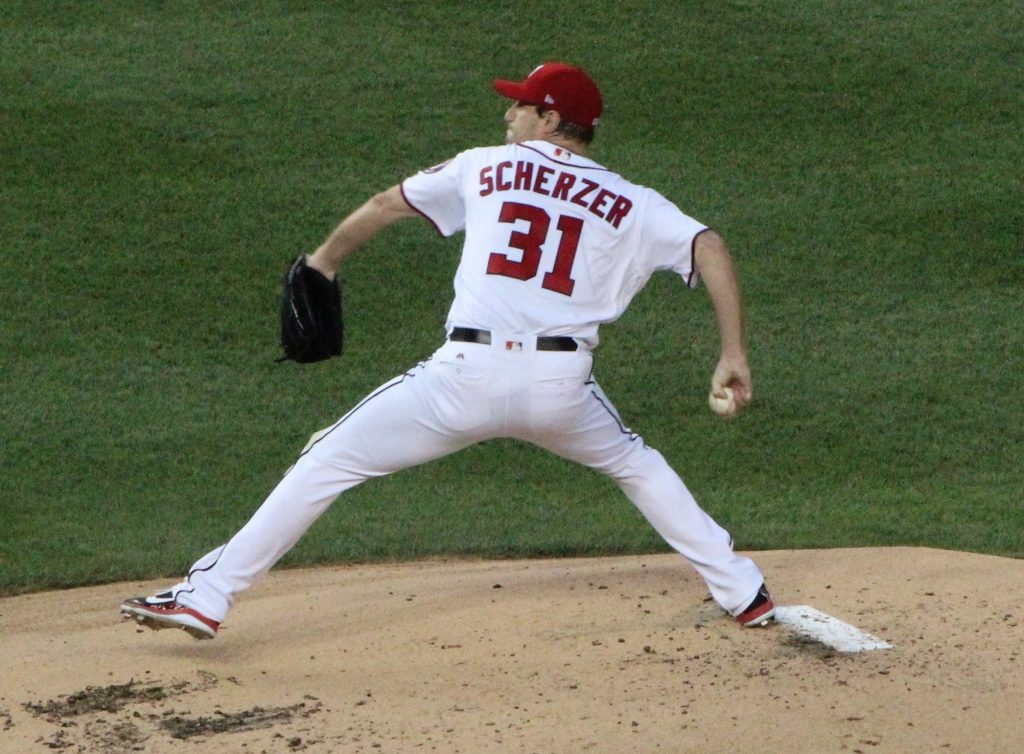 Click here to watch Nats win #32 on June 14th on MASN via MLB.TV at 6:30 pm tonight with the rest of us. Just a quick reminder of what we are doing if this is your first time: As a group, we are going to be re-watching all 105 wins from the Nats 2019 season in chronological order at 6:30 pm each night. We will all try to sync up to the same point in the game, and this is a work in progress to maneuver to the same point in the game. Feel free to ask in the comments section where everyone is in the game so you can sync up. Many people are joining in at different points, and most people are not commenting — rather just following along.

The MLB.TV library is unlocked and free to everyone for the 2018-2019 season courtesy of MLB. This win #32 came in the 69th game in the 2019 season, and the Nats took the a 31-37 record into this game. This is where manager Dave Martinez started preaching “Go 1-0 every game” and eventually the Nats turned a losing record into a winning record. It took the Nats until June 28th to reach a winning record and they got to 12 games above .500 on August 21st. They dug themselves a deep hole and it took much longer to dig out of it.

The Nats had just lost two games in a row coming into this game and called on Max Scherzer to be the stopper against the Arizona Diamondbacks and ex-farmhand Robbie Ray.

Manager Davey Martinez went with a right-handed dominant lineup and once again moved Victor Robles to rightfield in favor of Michael Taylor in centerfield. Both Taylor and Robles delivered in this game, and the Nats came from behind to take this crucial game and stop their two-game slide.

In the first game of this series, the Nationals lost it making it another opening game to a series to open with a defeat to move the season’s record to 7-16 (.304 winning percentage) in those first games of new series. That is much improved from where it was a month ago, but still an abysmal number. On that day a Twitter follower @TheNatsFanatic commented that the Nationals were 1-9 after days-off and that was a .100 winning percentage in a fairly large sample size. We “fact checked” that stat and could unfortunately certify it as accurate.  That begs the question, why? What is happening on days-off? The only win of the season after a day-off was not a well-played game by the Nationals when Stephen Strasburg surrendered 5-runs in 5-innings against the White Sox, but Reynaldo Lopez gave up 6-runs, and the Nationals won. Why are the Nationals seemingly flat like after days-off when you would think just the opposite? These were the “case study” types of anomalies that the analytics department needed to drill down and see if they could pick up on something and maybe they did. The Nats certainly improved after off-days later in the season.

The Diamondbacks were on a roll of their own with playoff aspirations when they came to D.C. for this series, and they had the lefty Robbie Ray on the mound. The former ex-Nats farmhand who was drafted in the 12th round in 2010 was then traded by the Nationals in the Doug Fister deal. Ray was an All-Star in 2017 and considered one of the best lefties in the game. The Nationals were the second best in baseball when facing left-handed pitchers with a .286 BA and an .841 OPS.