Win #12 was a walk-off as the injured Nats limped to a W! 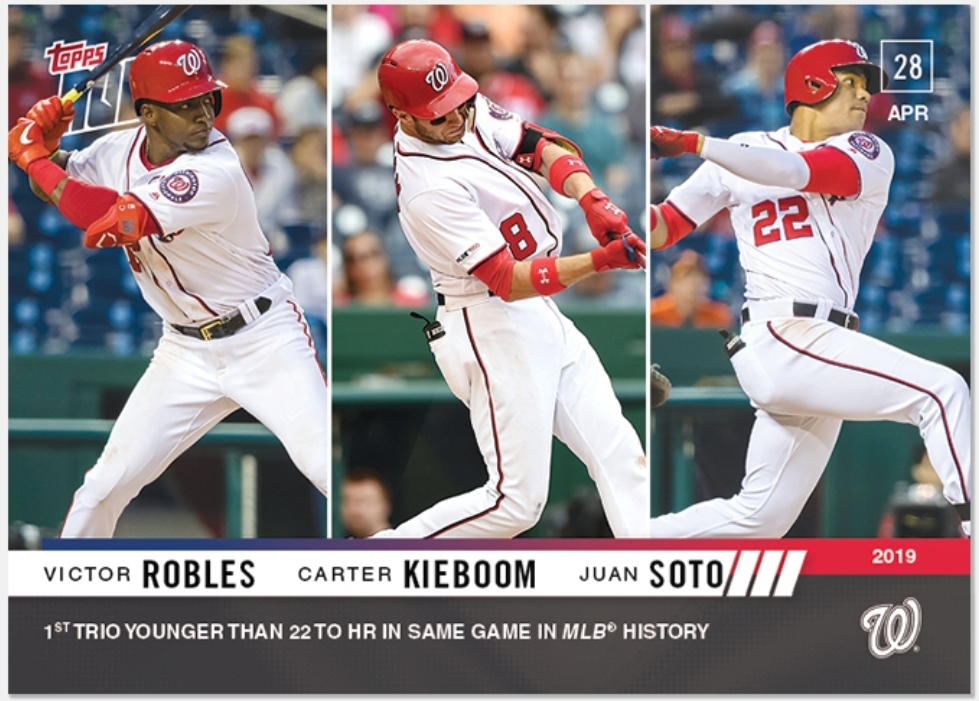 Click here to watch Nats win #12 on MASN via MLB.TV at 6:30 pm tonight with the rest of us. Just a quick reminder of what we are doing if this is your first time: As a group, we are going to be re-watching all 105 wins from the Nats 2019 season in chronological order at 6:30 pm each night. We will all try to sync up to the same point in the game, and this is a work in progress to maneuver to the same point in the game. Feel free to ask in the comments section where everyone is in the game so you can sync up. Many people are joining in at different points, and most people are not commenting — rather just following along.

Into this 26th game of the season, the Nationals were losing ground as the injured list continued to grow with Ryan Zimmerman added on that day to the 10-day IL and Anthony Rendon was still sitting and unused on the bench with his bruised elbow he sustained in the prior week before they finally placed him on the 10-day IL two days later. Carter Kieboom was called up to shore up the infield, and he replaced Jake Noll on the roster.

The Nationals had been getting good starting pitching from Patrick Corbin, Stephen Strasburg, Max Scherzer and Jeremy Hellickson. The bullpen was still losing games, and the offense was not getting the big hits. In the previous two games, Scherzer and Strasburg matched each other with 2-run 7.0 inning beauties only to receive no-decisions as the bullpen had meltdowns and the Nats offense fell asleep with few exceptions. The team was mired in a 3-game losing streak. Jeremy Hellickson needed to be good enough in this game to give his team a chance to win. The Nationals offense had to wake-up and score enough runs to take some pressure off of the pitching staff.

The Padres sent their third lefty in a row to the mound with Joey Lucchesi. The Nationals are very right-handed with their offense and were supposed to be lefty killers, but so far, the offense that weekend had been Yan Gomes, Juan Soto and Howie Kendrick with Carter Kieboom‘s dramatic home run in the first game of the series. This was Brian Dozier‘s and Ryan Zimmerman‘s opportunity to step-up and bash some lefty pitching, but Zim headed to the 10-day IL.