A real tell-all about the last days of Ray Knight at MASN; Johnny Holliday also! 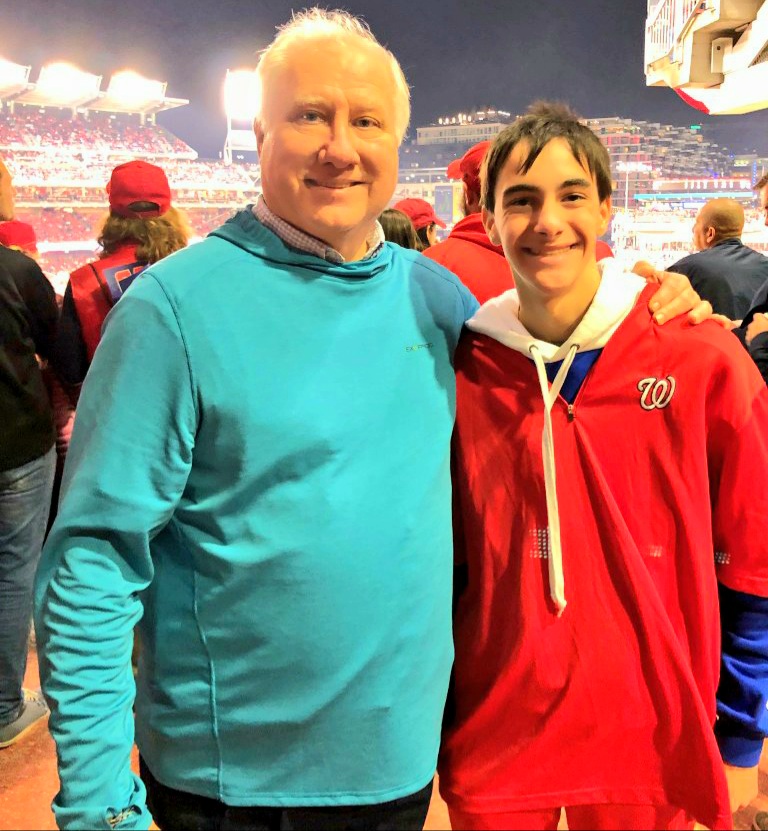 Ray Knight with a fan during the final game of the 2019 NLCS; Photo by Andrew Lang

As many remember, Ray Knight returned to Nationals Park as a fan for the 2019 postseason. He had a short-term gig on sports radio with the Team 980 to do daily shows for the Nats postseason run, and some of the broadcasts were “live” from Walter’s Sports Bar across from Nats Park. The 66-year-old truly loved the Washington Nationals who were indirectly employing him through MASN from 2007 to 2018 and on this day during the NLCS elimination game on October 15, 2019, Knight was cheering like a fan in the stadium. Happier days at MASN were behind him and nobody wants to leave a job on somebody else’s terms. We broke the news on TalkNats then later on Twitter when we had more information about why Knight was off the “air” on MASN during the end of September 2018. Now, there is a fantastic “gloves off” tell-all by Britt Ghiroli of The Athletic. It is a must read.

A source told me that Ray Knight had an internal off-air argument with an on-set employee. There was no sexual harrassment, there was no physical fight, there was no arrest. A disagreement between two people. https://t.co/5QNELKa3zC

But until now, Knight who turned 67 in December was not talking publicly about how things ended at MASN. It was Ghiroli who spoke to Johnny Holliday about his final days with MASN and how he decided not to return because of the situation with Knight according to Ghiroli’s article, and that led to the Knight interview.

The article also reveals that the Nationals will be presenting Holliday with a World Series ring even though his official association with the team ended in 2018.

“They didn’t have to do that, but they did,” Holliday told Ghiroli about the ring, “and I really appreciate it.”

There are plenty of new tidbits on those final days and Ray Knight’s side of it. His boss at the time at MASN, Jim Cuddihy, left after his short stint with MASN to take a job with the Old Glory D.C. pro rugby team which is part of Major League Rugby. Knight was not a choir boy and admits to yelling at the employee which led to his issues with MASN. There was also the physical incident with a man in a house Knight rented during 2017 that led to his arrest and subsequently the charges were dropped.

To know Ray is to love him as most people would say. I tell the stories about how he would wander around the mostly empty RFK Stadium during the 2007 season and find me sitting by myself and sit down during the middle of the game. I remember Ray in a full suit just sweating, and he would say “this weather is nothing compared to the Georgia heat.” He was a character who sometimes got too honest back in those lean years of Nats baseball and spoke his mind after a tough loss many times on his post-game show on MASN which he did for a dozen years. Something that we appreciated as he was a rational voice for fans who wanted the analysis without sugarcoating. As the team got better, the news was positive, and you felt like Ray was a fan who bought his tickets like you and me. He rejoiced in the great wins.

“Obviously, we were homers, but we were honest,” said Knight to Ghiroli.“A lot of times, homers make excuses, and we never made excuses (for the team). We told it the way it was, and I think people respected it.”

We hope that the Team 980 or someone else hires him back to do some Nats games. The Athletic article clearly speaks to his affection for the Nats and their fans and the Lerner family. There is plenty about Johnny Holliday in Ghiroli’s article too as the duo were so tied together, and their TV relationship turned into a friendship. We will see as always what the future holds. We certainly did not want to reveal too much because this is Britt’s article on a membership site, and it would not be fair to give away the main parts.

“It would put a bright light on my career if I could ever work with the [Washington Nationals] in whatever role,” Knight finished up with Ghiroli with this final quote. “I’ll be the ticket taker; I don’t mind.”

That is how the article ended which tells you how much the Nats were part of Ray Knight’s life. He should probably hang out here with us during some games.