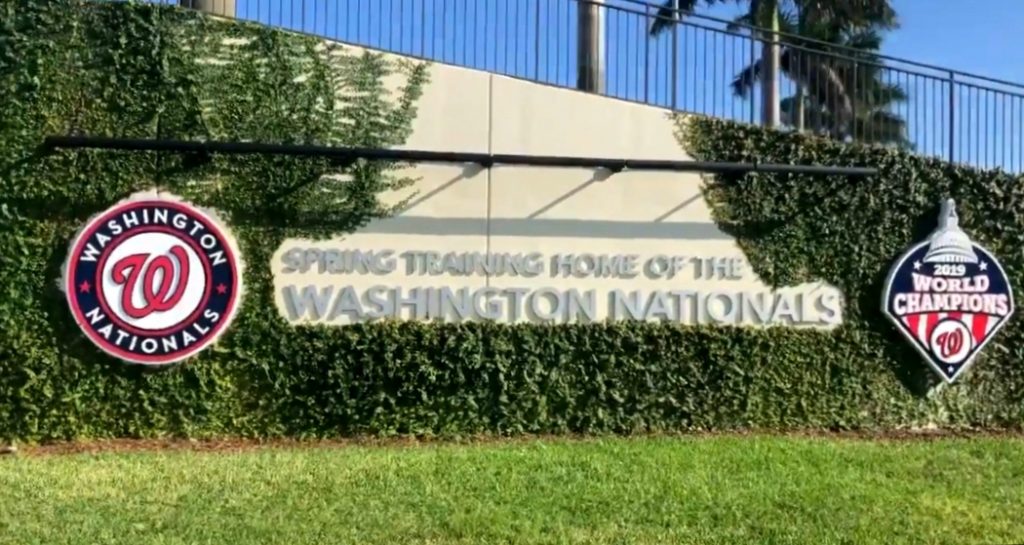 As the flatbeds rolled through Lot B to the player’s entrance of their parking lot at the FITTEAM Ballpark of the Palm Beaches in the mid-morning, the arriving Washington Nationals players who were on a later schedule got to see the World Series signs. The rest saw the first sign up as they departed the facility. This colorful and whimsical depiction of the U.S. Capitol is a symbol of Washington D.C. and is the topper on signage of a red, white, and blue homage to the 2019 World Series champs. The combination of hardened plastic and sheet metal looked fitting to symbolize the accomplishment. The Capitol building was the backdrop of the Nationals World Series parade as seen behind the stage, and by choice they chose this logo for the signage. By the end of the day, workers were attaching the signs to walls and posts throughout the Nationals side of the complex that they share with their neighbors from Houston. In all, we have been told that four sets of signs will be on display to commemorate the Washington Nationals 2019 World Series victory over that Houston Astros team.

With all 62-players who will take part of big league camp, the Nats will be working towards getting ready for their first Spring Training game in just four days against the Astros at 6:05 pm. You have seen the pictures of the players on social media or possibly on the local news. Just about all of the players have given interviews. The spotlight is on Carter Kieboom as the main player to watch during his time in camp as he battles for the starting third base job.

The math is easy. Twenty-six players will make the opening day roster and thirty-six will not. Most of those thirty-six know they have little chance, but as they say, “you’re telling me there’s a chance.” Yes, there is a chance as Jake Noll showed last year. Keep an eye on Yadiel Hernandez and Mac Williamson as the outfield candidates in camp is a small group of seven hopefuls and some others like Wilmer Difo who wants to play infield and outfield. 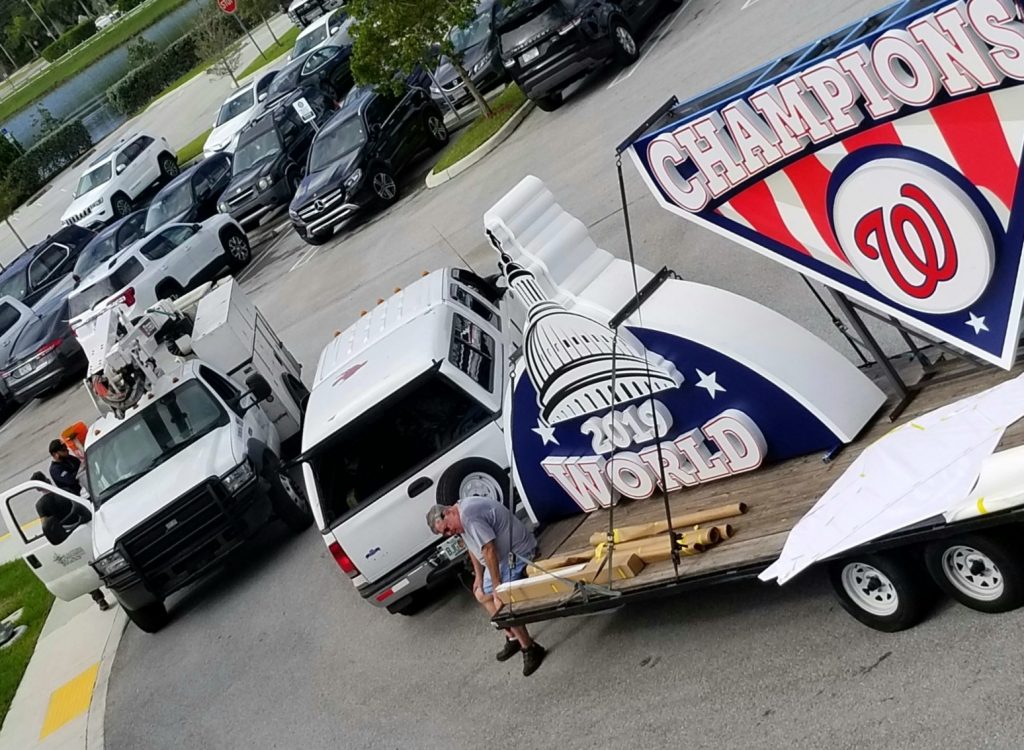 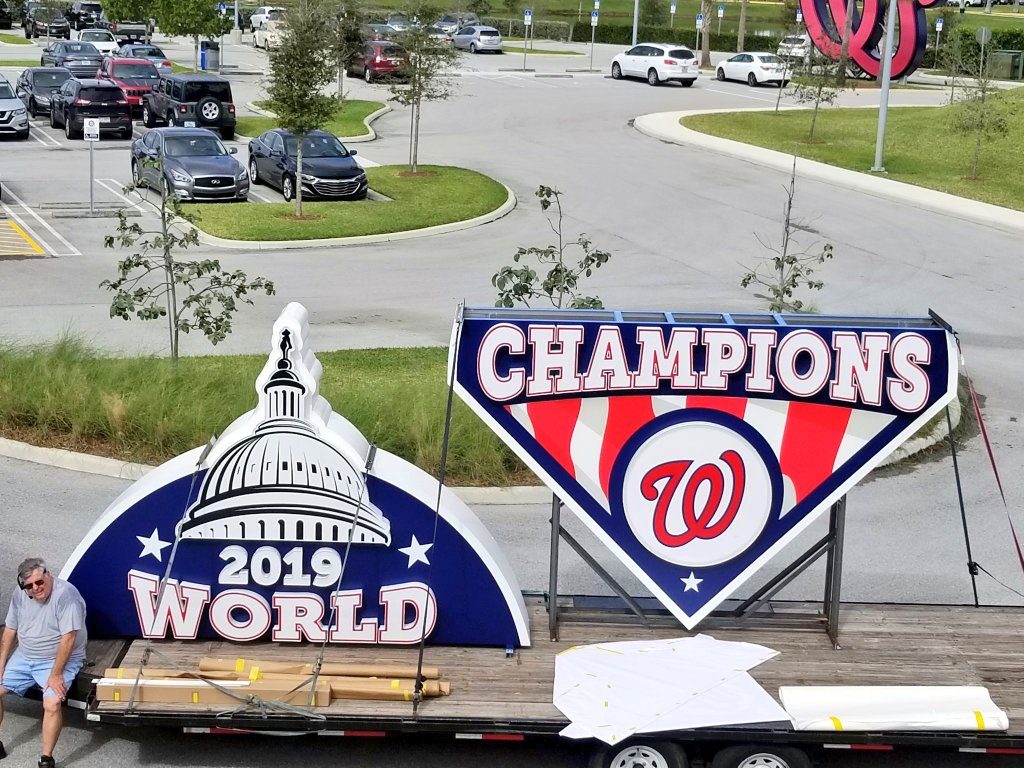 If signs are not your thing and you are into parades, West Palm Beach is your place to be on Thursday night as the city of West Palm Beach will officially honor the World Champion 2019 Washington Nationals with a parade and concert at 6 pm.

ON-DECK FOR THIS THURSDAY! We will hit a homerun when we welcome back 2019 World Series Champions, the Washington Nationals, at a special baseball-themed Clematis by Night. Event starts with a parade down Clematis Street at 6 p.m. #iLoveWPB pic.twitter.com/U9iTGtu2gh

As mentioned, the first Nats game of Spring Training is in four days. and that will be one of the six televised games of the Nats by MASN in Florida. That also means we are closing in on Opening Day 2020 which is just 37 days away, and 44 days to the Washington Nationals Home Opener at Nationals Park and “Champions Week.”