MLB Network ranks five Nats in their Top 100 including 3 in the Top 20! 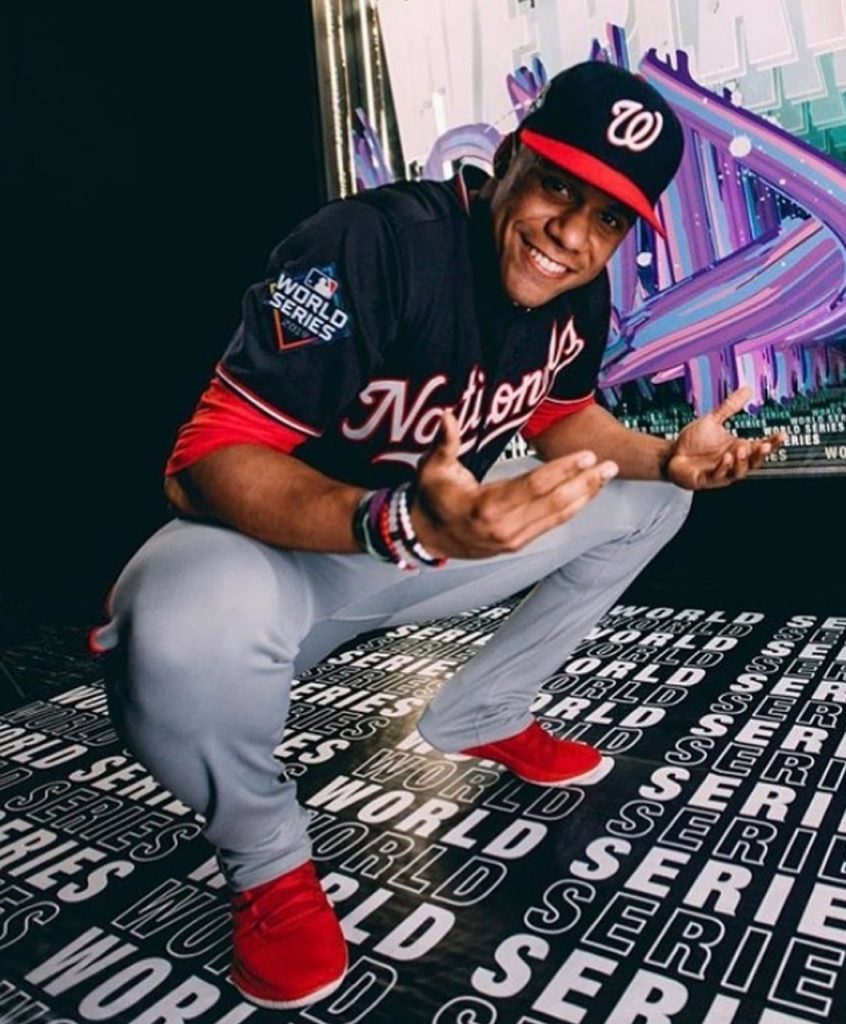 Juan Soto is an MVP candidate for 2020

As we know, the Washington Nationals are loaded with superstar players and emerging stars. Juan Soto has moved up to No. 11 on MLB Network’s annual Top 100 Players Right Now! program that aired last night, while teammate Max Scherzer was ranked 14th and Stephen Strasburg was ranked 20th on the same list, Patrick Corbin ranked 48th, and Trea Turner was ranked 76th. These are the top rankings in all of Major League Baseball.

The MLB Network production was hosted by MLB Network’s Greg Amsinger, alongside Sean Casey and Ron Darling, the six-part series across three nights counted down the top players based on player performance over the past several seasons, with an emphasis on 2019 and projected 2020 performance. Base-running, defensive value and award finishes were all taken into account when evaluating players, including those returning from injury. Top 100 Players Right Now! featured a cumulative 204 All-Stars selections, 76 Silver Slugger Awards, 38 Gold Glove Awards, 25 World Series championships, 14 Rookie of the Year Awards, 13 MVP Awards and 12 Cy Young Awards and a whole lot of debate. Not everyone is going to agree on the rankings and the snubs.

“I’ve had so much respect for Max Scherzer,” Casey said.  “But after watching him in that World Series it’s gone up 50 notches to be like, ‘Look at this guy. He’s dying to get out there.’ They had to scratch him from the one start, then he gets back out there and does everything he can, and they win the championship. Unbelievable.”

On Strasburg, analyst and 13-year MLB veteran Ron Darling was glowingly talking about his rise to the highest levels and superstar status as a big game pitcher with all of his postseason success.

“In everyone’s eyes that watches the game, whether you’re a fan or a broadcaster or work on this show, Strasburg cemented himself as one of the great pitchers in the game,” Darling said. “With this Postseason [last year], 5-0 record with an ERA under 2.00, amazing.”

The two players who seem to be competing head-to-head for youthful supremacy are Soto and Acuna. Since both play for rival teams in the NL East, it is no surprise that the debate rages, and while Acuna grabbed the Rookie of the Year award over Soto, it is Soto who has the greatest prize of them all — a World Series ring that will be on his finger soon.  Soto is the youngest ranked player in the Top 20, and he ranked one ahead of Acuna in these rankings.

Here are your Top 20 players in baseball now:

If the past season was a guide to strength, the Houston Astros would have had 5 players in the Top 20 and the Washington Nationals would have had 4 players in that grouping. Each of those teams lost their top rated player to free agency. The new list shows just how strong the Washington Nationals are with their superstars and five stars in the Top 76. The  MLB Network list is impressive especially considering all of the stars who have come through the Nats minor league system, and one noticeable ex-Nat who signed the $330 million deal last year with the Phillies did not rank in that Top 20 nor did he make the Top 30. What will be most interesting to see is if any current Nats get onto that list for next year like a Starlin Castro, Victor Robles or maybe even Nats top prospect Carter Kieboom.