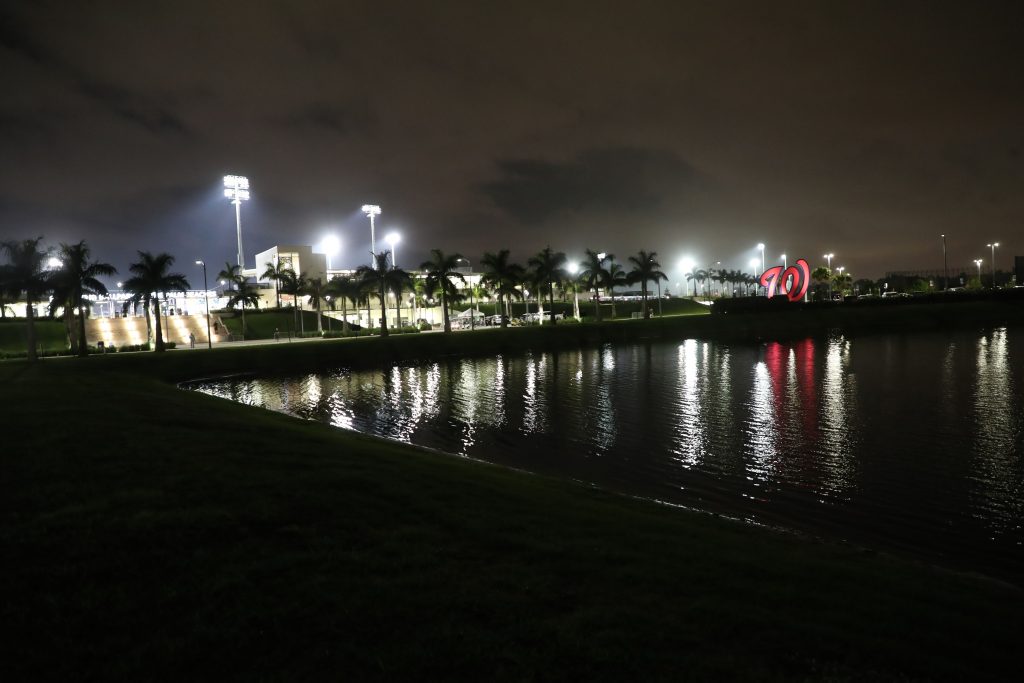 The FITTEAM spring training complex is all abuzz this morning, and for all of the wrong reasons. Uh, the reigning World Series champs are on the south side of the 160-acre state-of-the-art facility in West Palm Beach while the national media is assembled at 5454 Haverhill Road which is the Astros part of the sprawling complex waiting for 9:30 am when the Astros security personnel will let them enter. People have has always been intrigued by the negative, and the media is all over the Astros for cheating. MLB commissioner Rob Manfred has tried to change the subject by floating ideas for a new 14-team playoff concept as well as new game rules — and yet it is the broken rules of electronic sign stealing which is still dominating the baseball news. Evil prevails over good once again. This should have been the time that MLB Network was camped out at the Nats front door to see what the champs are doing. Maybe we should not even care what the others think.

Most of the new rules for 2020 were already known like the roster configurations with 26 players per team until roster expansion in September when that number goes to 28. There must be an even split of pitchers and position players unless there is a two-way player who can pitch like Shohei Ohtani. In his case, he can be listed as a position player.

There will be a new rule on manager challenges. The previous rule was a 30 second time limit to mount a challenge and that is now 20 seconds.

Pitchers and two-way players who are placed on the IL (injured list) cannot be reinstated for at least 15 days. The injured list used to be a minimum of 15 days for all players until the 2017 season when it was reduced to 10 days, and position players will still have a 10-day IL.

Pitchers who are optioned to the Minor Leagues now have to remain there for at least 15 days rather than 10 days. The option period for position players is still 10 days.

Doubleheader rules still apply where teams can call up an extra player which used to be the “26th player” and is now a “27th player” due to the increased roster size to 26.

The three-batter minimum for pitchers will be in effect. Pitchers must face a minimum of three batters or complete the half-inning in question before being removed from the game. Allowances are made for pitchers who are injured while announced into the game. This new rule, which will largely do away with one- and two-batter relief appearances, will be in force as of  March 12th in the spring training schedule.

One rule not changed is the “Trea Turner” rule of not running within the designated lines on the way to first base. This was a major point of contention in Game 6 of the World Series and got manager Dave Martinez ejected from the game. That rule has to be changed to stipulate if the fielder has a clear throwing lane and the runner got back in the lane that there is no obstruction. Common sense has to prevail especially since Turner beat the throw to first base and the pitcher had a 100 percent clear angle to throw the ball.

Speaking of Trea Turner, he appeared on MLB Network after he was named the 76th best player in baseball. That designates him as a Top-3 player on a team. Turner also was interviewed and showed that he can make a fist with his right-hand which sustained two broken fingers last April and never properly healed until he had offseason finger surgery to repair the tendon and bone spur in his pointer finger. 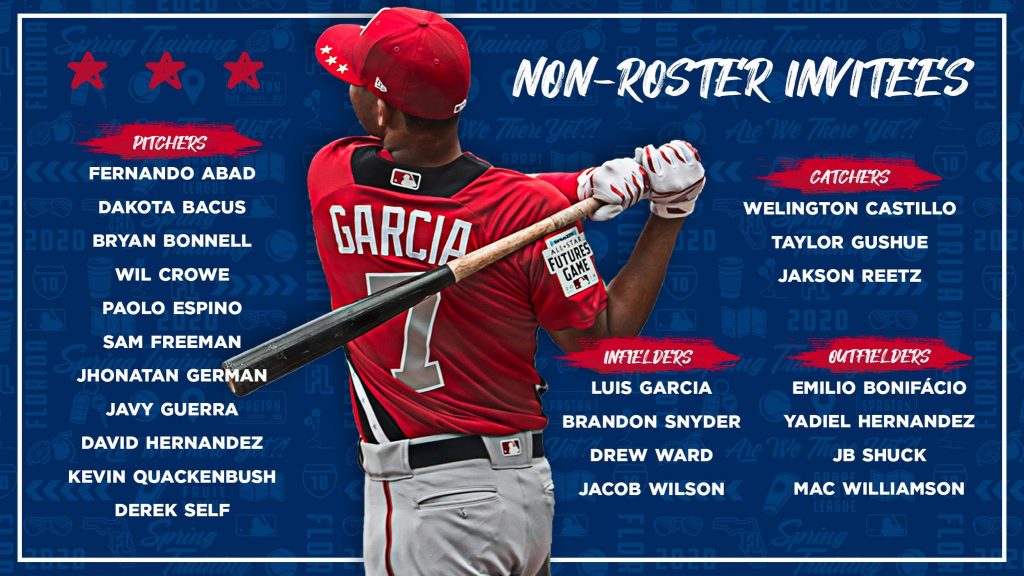 The NRI (non-roster invitee) list has been published and Sao Magnifico put some faces to the names as well as commentary on each player. There are many familiar names on the list including former Nats Emilio Bonifacio and Fernando Abad. If Bonifacio made this team, his debut was back in July of 2008 with the Nats when he was traded for Jon Rauch. The stay for Bonifacio was short as he headlined a trade the following offseason for Josh Willingham and Scott Olsen. In all, twenty-two NRIs will join the Nats in Spring Training initially for a sixty-two player roster. Many of the Nats top prospects are on that list, but a few notables did not make it like Drew Mendoza, Tim Cate, Mason Denaburg, and Jackson Rutledge. Their time will come at some point.

We received the MASN television schedule for the preseason which will include a paltry six games of Grapefruit League baseball and the exhibition game on March 24th at Nats Park between the big league Nats and top prospects.