What would the #Nats look like if Mike Rizzo was done? 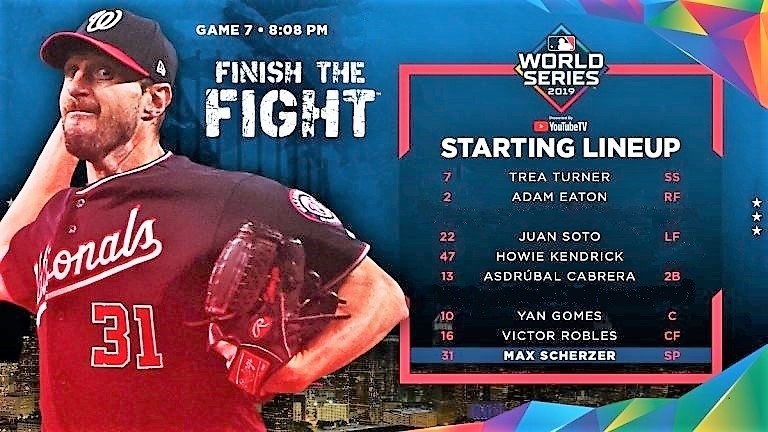 First off, we do not believe that Washington Nationals general manager Mike Rizzo has completed his lineup for 2020. But we can take a glance at the World Series Game #7 lineup for a glimpse into what the middle of the order could look like behind Juan Soto with Howie Kendrick just like he did many times in 2019. With Asdrubal Cabrera coming back, he provides that switch-hitting bat behind Kendrick and Starlin Castro could bat after Droobs. Fangraphs thinks the Nats are currently a +42.2 WAR team, and that should translate to 86-88 wins. Should. Could. That probably tells you Rizzo is not done.

The issue with the current roster is the lack of left-handed bats on the bench and the lack of thump. Other than Andrew Stevenson, there are no other lefties projected for the bench unless you have the switch-hitter Wilmer Difo penciled in. The current bench today could be Stevo, Difo, Michael A. Taylor, Carter Kieboom and the back-up catcher du jour.  “Could be” are the key words. With each new acquisition, another player gets taken off of the bench, and it makes sense to have Carter Kieboom begin his season in Triple-A to idle his service-time clock. Actually, none of those bench players are locks except for the back-up catcher.

If you follow the WAR calculations on Fangraphs, there is addition by subtraction if Rizzo can add an infielder that can shift a player behind Howie Kendrick at first base who can fill-in for 280 plate appearances. There is -0.7 behind Kendrick at first base that could be eliminated if Rizzo finds a player who could just any positive WAR. Names who have emerged have been Ryan Zimmerman or a lefty complement bat to Kendrick like Eric Thames, Mitch Moreland, and Matt Adams. 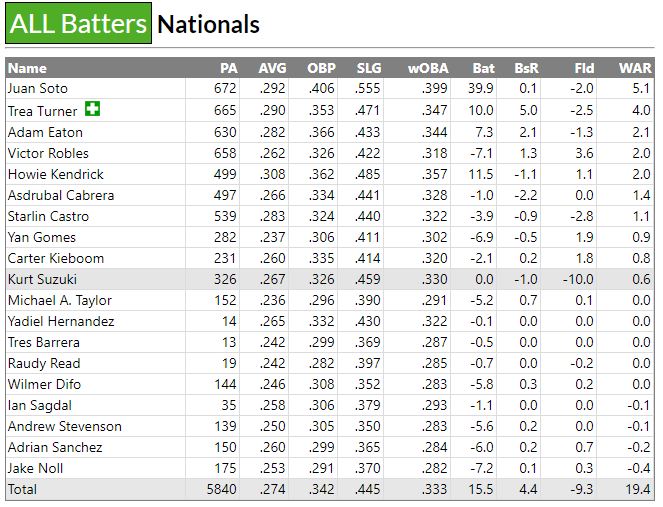 There are 38 days until pitchers and catchers report to West Palm Beach, and the first Spring Training game is 48 days from now on February 22nd at the FITTEAM Ballpark of the Palm Beaches. Rizzo has time to make moves. On Friday, he made it clear he was not finished after he went 22 days without a Major League acquisition from December 10th when the Yan Gomes deal became official to Friday’s signing of Will Harris.

“And 2019 was magical, but we’re working on 2020,” Rizzo said. “We think we have a plan together where we think we can [compete]. We can’t be complacent. We can’t be resting on our laurels, and we can’t be just happy that we won a World Series in 2019. 2020 is our goal. Our goal is to be a championship caliber club in 2020. It’s my job to put together a roster that allows Davey to compete for a championship and gives us a real opportunity to win another World Series.”

Maybe Rizzo is done with the pitching staff or could he bring back another key member of the 2019 team with Daniel Hudson? The Harris acquisition in the bullpen added +1.3 WAR to the equation. The Nats pitching staff is current at a +22.8 WAR and just 0.3 behind the Mets for the best in the National League. The Nats are now 1.7 in WAR points behind the Mets for best in the NL East. Sure, this all does not mean much until you win the games. 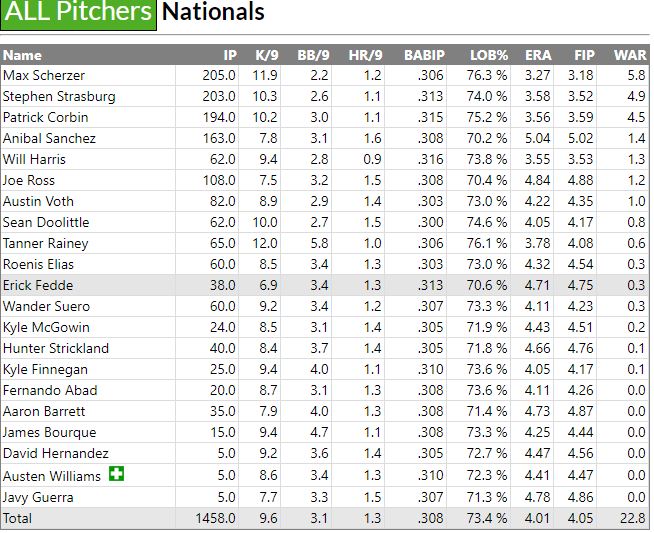