Nats do the improbable to finish with 93-wins in the regular season + 8 in a row! 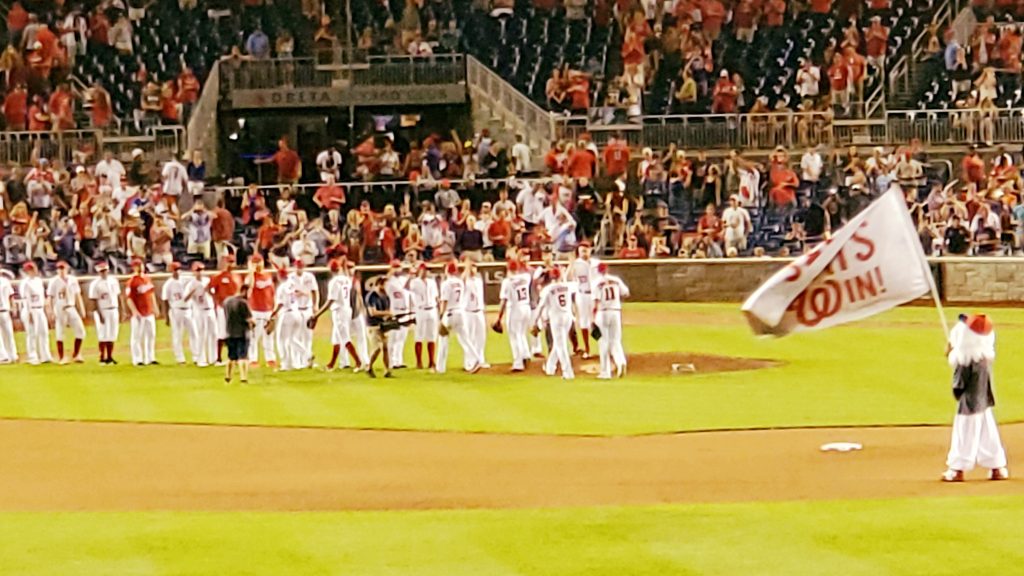 The Washington Nationals did the improbable to finish the regular season with 93 wins, and a season’s best eight straight wins! The Nats bats were strong in this game, and so was Joe Ross on the mound who capped a very good season when you only consider his 44 2/3 as a starter as he finished with a 3.02 starter’s ERA. The final score in this one was 8-2.

The Nats won 74 games after May 23rd for a .661 winning percentage after their 19-31 start to the season. This 2019 season is the fifth best record of any Washington Nationals team in their history. While it is debatable, this team could be the best that general manager Mike Rizzo ever assembled — and time will tell. This 93 wins by this 2019 team are the most for any team in MLB history that had been at 12 games under .500 in a season since the 1914 Boston Braves who finished at 94-59 (153 games).

This game had many memorable moments like Aaron Barrett on the Nationals Park mound for the first time since August 5, 2015. There was Ryan Zimmerman pinch-hitting, and his future is up in the air as the team will not pick-up his option but certainly could negotiate a new deal. Fans got to see Trea Turner play a few innings and finish with a very strong .850 OPS and a batting average that was just two hit shy of .300. Turner scored 96 runs in just 122 games, and Trea swiped a base to finish with 35 and an 87.5% success rate which was the best for any base stealer with more than 30 steals which was a group of six prolific base stealers. Both Gerardo Parra and Juan Soto finished strong on the season as both had been scuffling. The only key player the Nats did not see was Anthony Rendon who is headed to free agency unless a deal gets down in the next 35 days.

Today’s attendance for the final regular season game was 36,764 after a sell-out yesterday. For the full-season, the attendance totaled 2,223,017 which is an average of 27,445 per game. Whatever negative you want to say about being at 70% capacity, there were over 27,000 fans that showed up for 81 home games!