Game #152 Anibal Sanchez is back where it all started for him!

For Anibal Sanchez, he has two regular season starts remaining, and none bigger than tonight, and we will say the same thing on Wednesday when he makes his next start. Every game will feel like a “must win” for the rest of the season, and a Nats winning streak would feel so good, and those streaks begin with the first win that Sanchez can lead this team to tonight in Miami. As Max Scherzer described it, the team is in a “little funk” and they can get out of it just like the team has done before.

Technically his career started with the Red Sox as an international signing from Venezuela, but his MLB career debut was with the Marlins. When he was a rookie, he threw a no-hitter for them 13 years ago becoming one of the rising stars in baseball before his career was almost permanently derailed by injuries. Sanchez was once part of an unbelievable and deep prospect pool for Boston. He could not even rank in the top-3 of Red Sox prospects given that the team had top tier talent in Hanley Ramirez, Jonathan Papelbon and Jon Lester all ahead of him. It was shortly after that when the Red Sox traded for Josh Beckett and Mike Lowell sending Hanley and Sanchez to the Marlins in 2005. Sanchez and his family have their home in Miami.

This is the last road trip of the regular season for the Nationals. When they faced the Marlins last time in August, it was also the last time the Nats faced a team under .500. The Nats have literally played playoff contenders every game since then, and each game now feels like a “must win” at this point in the season.

The Marlins are in the news today because they are bucking the trend of firing “losing” managers, and Marlins managing partner, Derek Jeter, is reportedly giving a two-year extension to his old Yankees’ teammate Don Mattingly. With one more loss on this season, the Marlins will lose their 100th game, but in Mattingly’s defense, every analyst expected the Marlins to lose at least 90 games. On top of that, the rumors are swirling that Miguel Rojas will get a two-year contract from the Marlins.

For tonight’s game, the Marlins will start the rookie Robert Dugger who will start his 5th game this season. He has an 0-2 record and a 3.95 ERA. This will be the first time the Nationals have faced this 24 year old right-hander.

Yesterday on the MLB Network, Jon Morosi reported that he did not expect Nationals manager Dave Martinez to make the trip to Miami. Morosi expects that Martinez who is recovering from a heart cathereterization procedure will be waiting for team for Monday’s five game series against the Phillies. Just before noon today, the Nationals sent out a press release that said Davey would be in Miami to manage tonight. 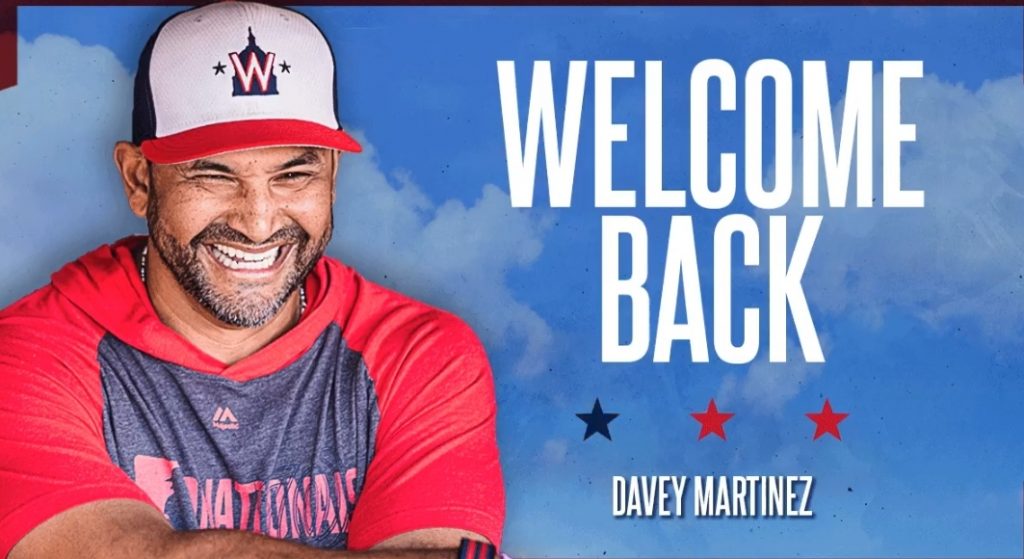 As far as lineups go, we will wait and see on that. Howie Kendrick started the last two games, and General Manager Mike Rizzo said the team will rely more on Howie at this critical point of the season which is a derivation from their “go easy” approach on Kendrick who suffered an achilles injury last year and a hamstring injury this season on a “send” home.

“Howie Kendrick was hitting fourth for us, and clean-up, and carrying this ballclub for us for a long period of time,” Rizzo said. “He is such a professional hitter and a professional gentleman. We are proud he wears the Washington uniform the way he conducts himself with such grace and dignity.”

“This guy can rake and always hit. He is as good a hitter now as he was in his prime. Davey has done a great job of keeping him in the lineup and kind of spreading out his games played so we don’t overuse him. … We are going to push him a little bit here down the stretch, and he is going to have to play quite a bit because he is swinging the bat so well.”

The Nationals are running out of choices for the right-side of the infield because of the Matt Adams injury and with Gerardo Parra slumping. Brian Dozier and Ryan Zimmerman are both getting starts, but each of them are not exactly hitting right-handed pitching so the Nats have turned to Kendrick and Asdrubal Cabrera to generate some offense.

Scherzer of course is right except for the math as there is now expanded rosters and over 30 players on this roster, and a 6th starter will be needed for next week’s doubleheader, and there has to be someone who comes off of the bench to deliver a big hit.

The day-off of work yesterday gave the entire Nats roster their final rest day, and they now start this final 10-day sprint in which they have to play 11-games because of the Tuesday doubleheader. Rizzo reset his rotation again, but has not revealed whether or not Patrick Corbin will pitch on Monday or if it will be Max Scherzer. After that decision, the Nats will have to decide on who pitches as the “spot” starter in the doubleheader. All indications are right now is that it will be Erick Fedde to make that key start.

“We have to be out there getting contributions from everywhere,” Scherzer continued. “Everybody has a hand in why we win. So if we’re in a little funk, fine, so be it, but we can easily get out of it.”

With a Cubs loss last night, the Nats now have a 2.0 game lead over the Cubs, and if the season ended today it would be the Washington Nationals and Milwaukee Brewers in the Wild Card game. The Nats lead over the Brewers is 1.0 game, and the Brewers are playing the Pirates this weekend.