The postseason snapshot updated for the Wild Card race!

With 14-games remaining on the regular season schedule, the Nationals postseason picture is focused on the first Wild Card spot which would come with the coveted home field advantage. The game is set for Tuesday, October 1st and televised on TBS. The Washington Nationals are now 82-66 record. This is what some fans forget — the Nationals control their own destiny because they are in the first spot for the Wild Card. Sure, you have to win. The Nationals have to take the approach of, “You win and you’re in” and it is just that simple. Keep winning, and everything will take care of itself.

The Los Angeles Dodgers and the Atlanta Braves have already clinched spots in the postseason. The NL Central lead by the Cardinals has shrunk to 2.0 games over the Cubs and they have seven head-to-head games remaining.

The Nats still have to face the Cleveland Indians of the AL Central in interleague plus the the leader (St. Louis Cardinals) in the NL Central, five games against the Phillies in a four day series (includes a doubleheader), and in between a three-game series in Miami against the Marlins.

Here are the remaining teams the Nationals face in the final 14 games of this regular season with the number of games played next to the team name:

What seems reasonable in a three or five game series? Fangraphs computers today believe the Nationals have a 95.2% chance of making the postseason, and 0.0% to win the division, and 5.3% to win the World Series, and they project the Nats to still win 90.4 games by going 8.4-5.6 the rest of the way. Okay, they are computer hedging as there are no fractional numbers. Strength of schedule is if course considered using a weighted opponent winning percentage (WWP), and that is a reason why the Milwaukee Brewers have the third highest percentage chance (32.9%) right now to take a Wild Card spot as they have the easiest WWP of the legitimate contenders,  but they also must make up a 1.0 game deficit behind the Cubs.

The Nationals have to get their team healthy, Matt Adams is dealing with a sprain of the AC joint in his shoulder and Kurt Suzuki has elbow inflammation. This is a catcher who turns 36 years old in less than a month. Roenis Elias might not make it back before the season ends as he is shutdown with a re-injury of his hamstring. The other issues are dealing with fatigue. Yan Gomes is taking four of the starters, and Trea Turner, Anthony Rendon, Juan Soto, Victor Robles, and Adam Eaton will be starting every game until the team clinches the Wild Card, and they could start every game as the Nationals are focused on home field advantage for the Wild Card.

Winning is the key, and to get to 90-wins here is what each team needs to do: 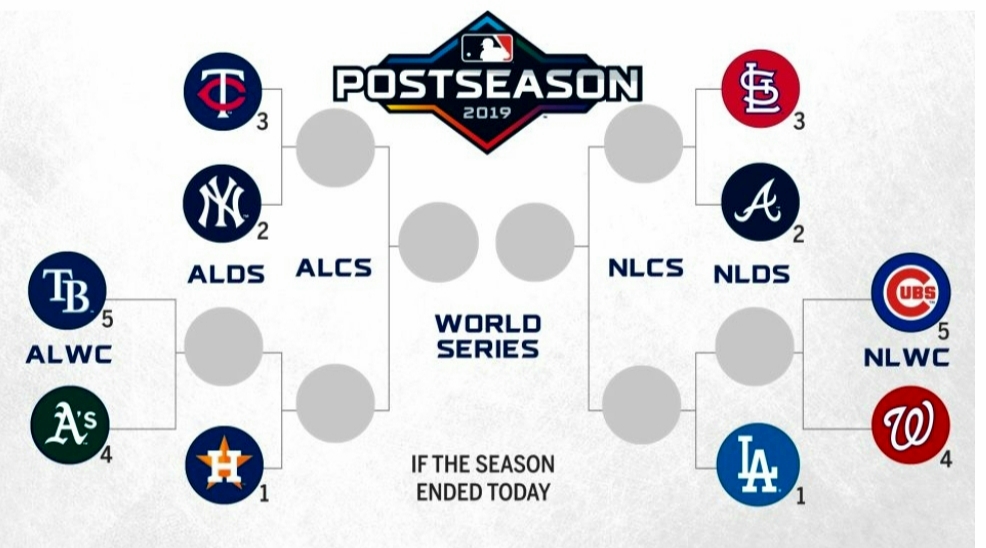