A day after scoring 12, the #Nats can’t score at all. That’s baseball!

Posted on September 13, 2019 by SaoMagnifico 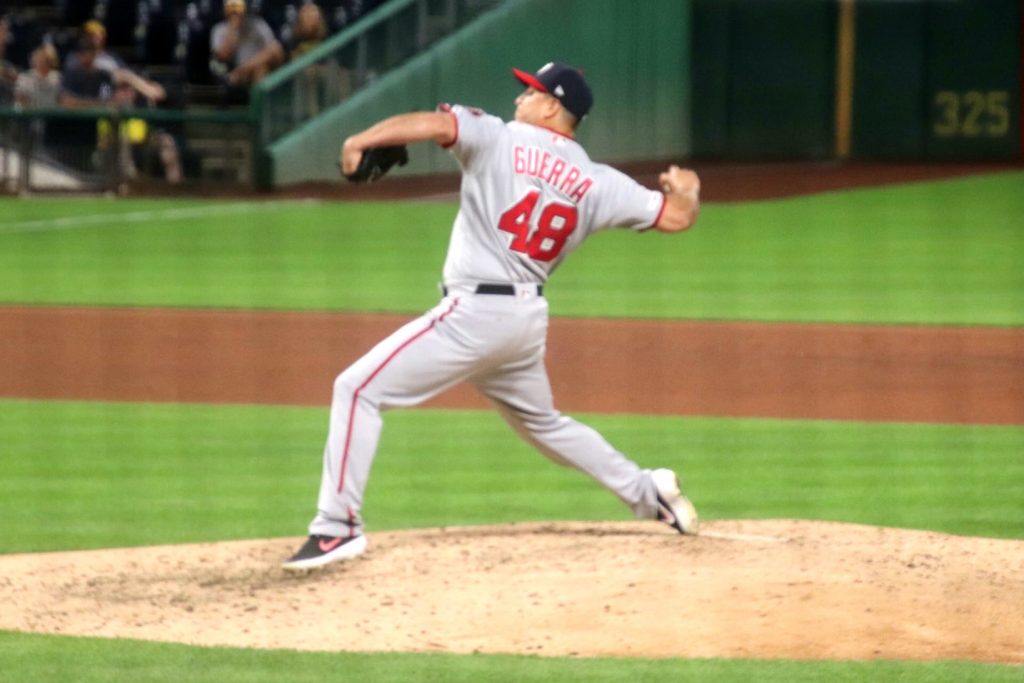 A sellout crowd welcomed the Washington Nationals home, and they were rewarded with one of the grossest displays of offensive ineptitude the Nats have put forth all year.

Maybe they were tired after a tough travel schedule, taking a red-eye in from the Twin Cities after beating the Minnesota Twins last night 12–6. Maybe Mike Soroka and the Braves’ bullpen were simply brilliant tonight as they held the Nats to just three hits (all of them doubles, strangely enough). Maybe the baseball gods simply frowned upon the Nats today as they lined out, flew out to the track, and gave up seeing-eye singles, Texas Leaguers, and an Ozzie Albies home run that Statcast suggested would have left just one other major league ballpark.

Whatever it was, the Atlanta Braves wrecked the Nats 5–0 in a game that was about as unpleasant to watch as it gets. Max Scherzer pitched well for three innings, but he couldn’t get his bête noire Nick Markakis out, and his struggles against Matt Joyce carried over from his last start against the Braves. He exited after five innings, having given up three earned runs.

Tanner Rainey gave up the aforementioned Albies homer, and Hunter Strickland turned in yet another abysmal relief outing as he retired just one of the four batters he faced. Javy Guerra was the only star of the show for the Nats tonight as he got the Nats out of the mess he inherited from Strickland and contributed one more scoreless inning, saving the rest of the bullpen from having to waste their time in this one.

In the eighth inning, first base umpire Tim Timmons called Howie Kendrick for a checked swing that was, charitably, borderline. Kendrick said something to Timmons after grounding out, and when Tim Bogar continued the dialogue, Timmons ejected the Nats first base coach. It was the most exciting play of the night.

The Nats lost ground to the Chicago Cubs today and now lead them by just 2.5 games for the first National League wild card. In better news, the New York Mets lost, so they don’t gain ground on the Nats in the wild card race, and as of publication, the Milwaukee Brewers trail badly.

Tomorrow, it’ll be Austin Voth taking the mound in Nationals Park. The rookie will try to prevent (or, at least, delay) the Braves from winning their third straight series against the Nats.