The winds of winter: Next year’s #Nats could look very different from this year’s contender!

Posted on September 11, 2019 by SaoMagnifico 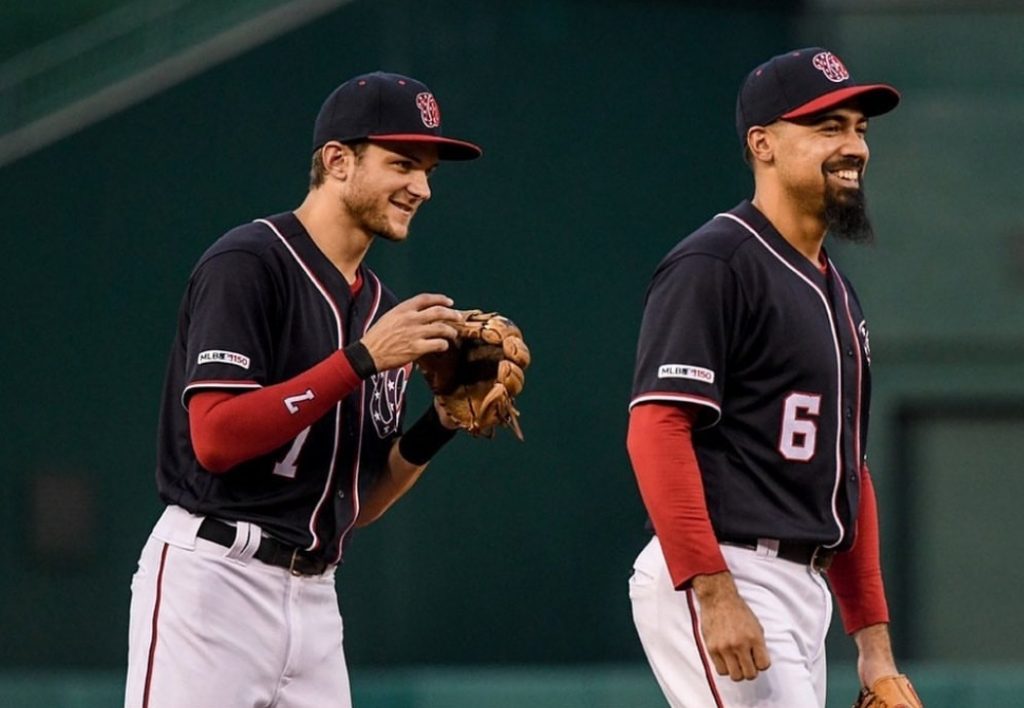 These two best friends could be playing on different teams in 2020.

As we enter mid-September, with fewer than 20 games from here until the end of the regular season, the Washington Nationals’ fate in 2019 is theirs to write. Still clinging to pole position in the National League wild card race, the Nats nonetheless must overcome a tough schedule, a few untimely injuries, and a throng of teams chasing them.

But as we embark on the grueling final stretch, we should take a moment to appreciate the team that we have. A quick look at the roster shows how much it could change before Opening Day 2020.

Let’s break it down.

All players listed below will automatically become free agents following the 2019 World Series unless they agree to terms with the club on a new contract for the 2020 season.

All players listed below are eligible for arbitration, meaning they have the right to negotiate the value of a one-year contract with the club or otherwise demand that an independent panel of arbiters choose between a contract offered by the club and a contract offered by the player. The club may choose not to tender a new contract to any player listed below, causing them to become an unrestricted free agent.

All players listed below are making the major league minimum (or slightly above) and are not eligible for arbitration. Does not include players not presently on either the 40-man roster or the 60-day injured list.

Current level as of Sept. 10 in parentheses. Prospect status (if applicable) in italics.

Out of minor league options

Current level as of Sept. 10 listed in parentheses.

All players listed below are under club control for the 2020 season but are eligible to be promoted directly to the active major league roster of another club via the Rule 5 draft in December, unless they are promoted to the 40-man roster beforehand to protect them from selection. Does not include players listed above as pending minor league free agents.

Current level as of Sept. 10 listed in parentheses. Prospect status (if applicable) in italics.

There you have it. The winds of winter will blow through the Nats organization, as it will every other, and strip some of the leaves off our family tree. A few things are worth noting here:

(Credit for most player salary figures to Spotrac. Credit for tracking minor league option and Rule 5 eligibility status to RosterResource. Credit for breaking down the rules around minor league free agency to The Cub Reporter.)