Another look at the postseason picture and the #Nats bullpen 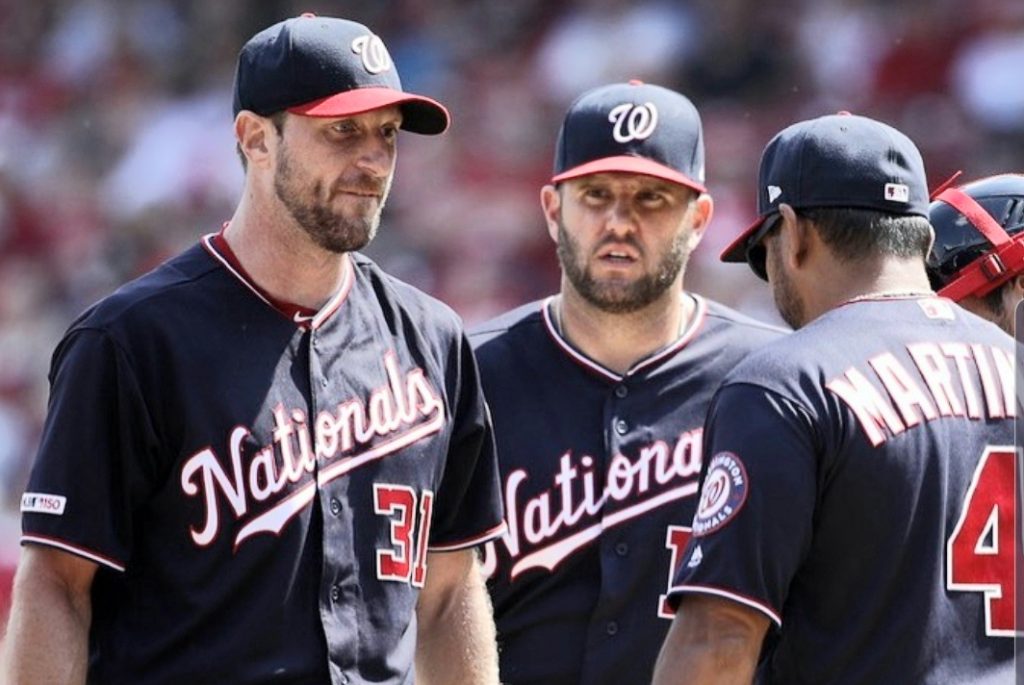 There is no team that has mathematically clinched a playoff spot including the Los Angeles Dodgers who are an absolute lock statistically, and the Atlanta Braves have put themselves in an enviable spot that all they need to do is go 11-16 to win 92 games. In order for the Nationals to win 92 games, they would need to go 18-12 which is not a slam dunk given the remaining schedule. If the Braves go 13-14 they would win 94 games, and the Nationals would have to go 20-10 which would seem very tough at a 66.7% winning percentage — but possible if they sweep some series — but let’s get real that general manager Mike Rizzo has stated the goal is to make the postseason with an ultimate goal of winning the NL East, and the Nats would almost have to win six of the seven games against the Braves to make the NL East a legitimate possibility.

Here are the remaining teams the Nationals face in the final 30 games of this regular season with the number of games played next to the team name:

What seems reasonable in a three,  four, or five game series? Fangraphs computers today believe the Nationals have a 97.1% chance of making the postseason, and 14.9% to win the division, and 6.2% to win the World Series.

The Nationals bullpen has been their inner-demon and their own nemesis for over half the team’s losses this season which is still hard to believe. In the Nats brief history, there has been much pain and disappointment from postseason losses from the bullpen dating back to Drew Storen’s “meltdown on the mound” in the decisive game 5 of the 2012 NLDS. History repeated itself with Storen in game 2 of the NLDS against San Francisco plus the game 4 exit with the Aaron Barrett relief appearance. In the 2016 NLDS against the Dodgers, pick your moment in game 5. In 2017 against the Cubs, there was the Sammy Solis moment in game 3, and Max Scherzer’s epic bullpen disaster in game 5. But none of those moments should have any relation to what happens in this postseason. 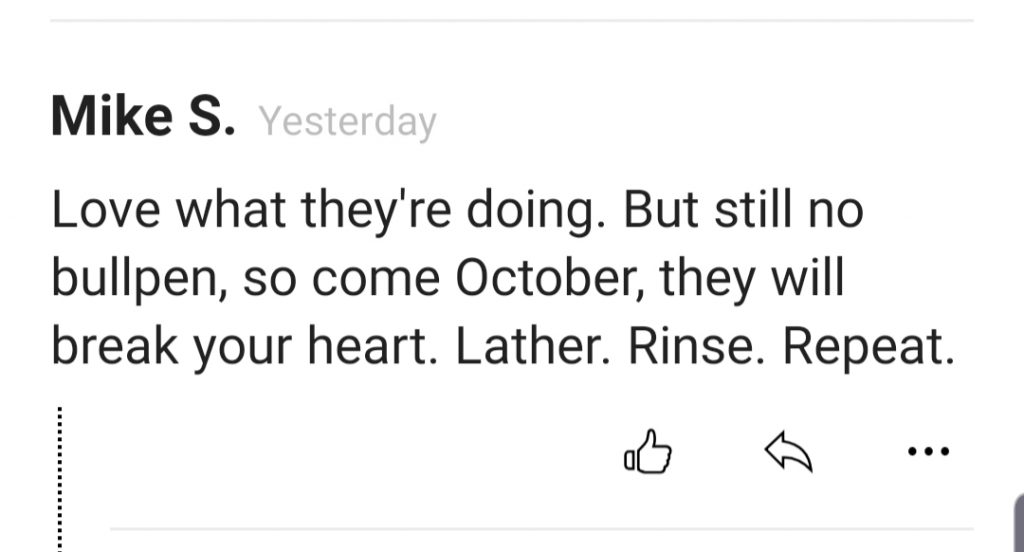 None of the bullpen arms on this current team were part of the 2012, 2014, or 2016 Nationals playoff teams. Play the games and hope for the best. At the end of October, there will only be one baseball team that won the final game.